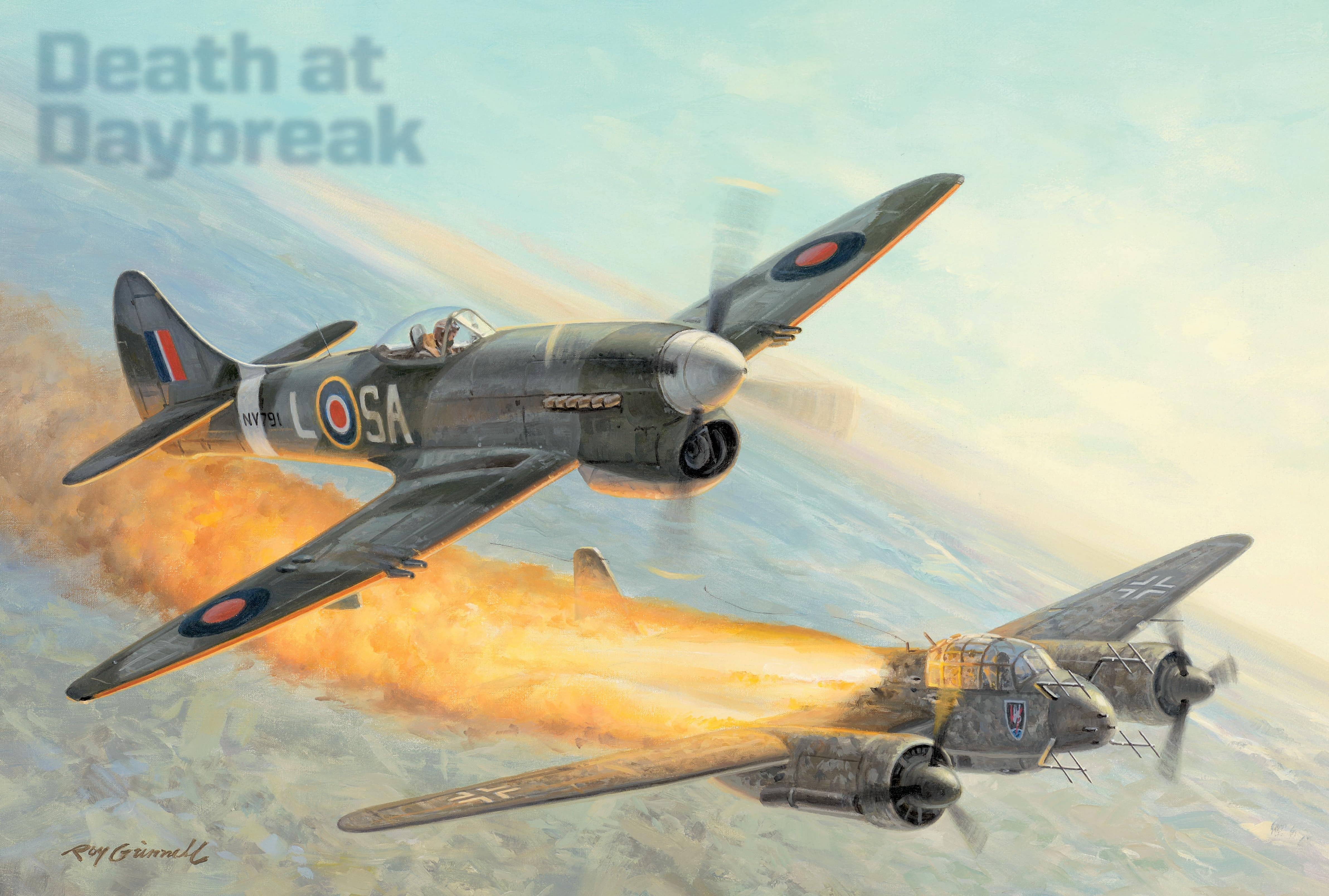 Kiwi goes to war in a hawker tempest.

Early morning darkness was total as we stumbled cursing from the mess at Uden in the Netherlands. It was the sort of darkness you can feel. The truck waiting to carry us to the airfield at Volkel had a shield over its headlights, and only a minimum of the muddy rutted road was dimly lit. This carriage way was the lifeline for the army as they moved their tanks and equipment to the Rhine front, not far away. By the time we reached the airfield and entered the dispersal, there was a suggestion of light on the Eastern horizon. The fresh smell of early morning fought to survive against the all-consuming stench of the high-octane fuel and the odor of cordite from the starter cartridges lingering in the atmosphere. We entered the dark and smoky dispersal; the smoke came from the little stove lit by the timekeepers who slept there. A lamp or two gave sufficient light for our leader, Keith Taylor-Cannon from Alexandra, known to us all as ‘Hyphen,’ to brief us on the fighter sweep we were about to undertake around Münster, Rheine and Osnabrück in Germany. The intelligence officer then prattled on for a bit, enjoying his moment of power. 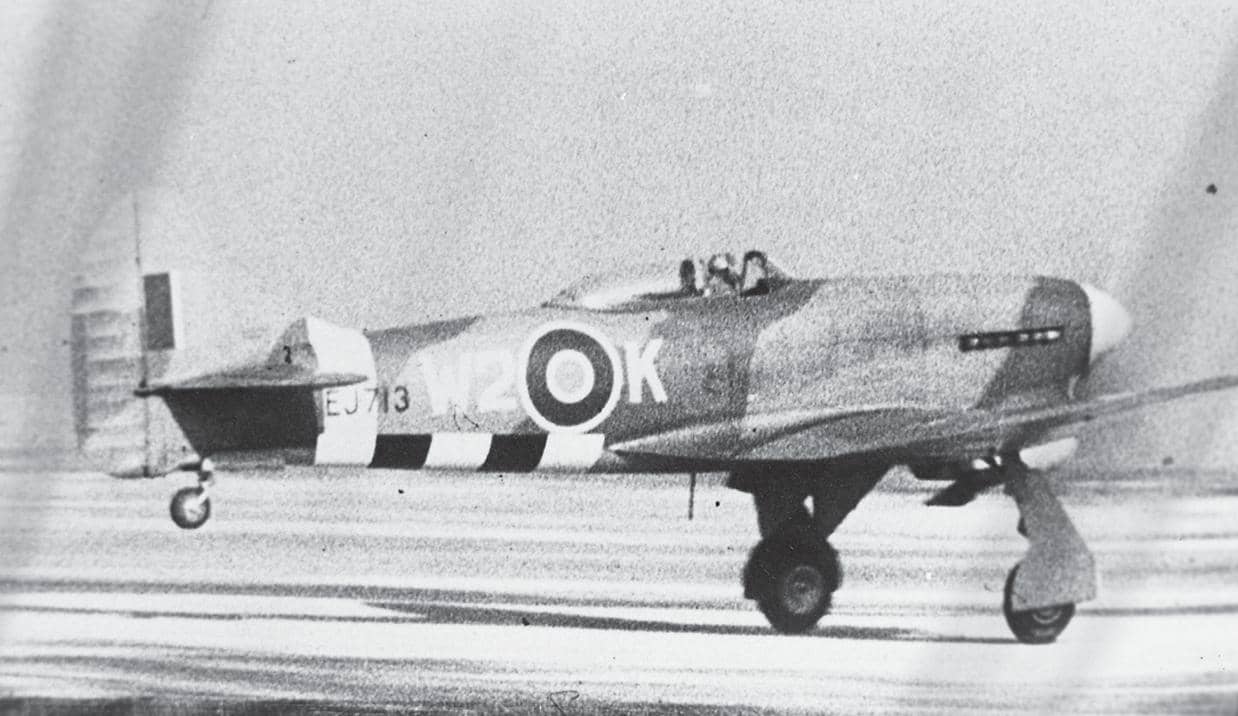 This over, we left the dispersal carrying our parachutes and moved towards the waiting Tempests. As we re-entered the cold air, it cut sharply into my lungs; the tip of my nose numbed as it inhaled the freezing air. Some of the bricks underfoot were slippery, and I watched my footing. The Eastern sky brightened slightly, and the brooding shapes of our waiting aircraft became visible against this lightening horizon. Small patches of ground mist clung to the surface of the perimeter track. An airman stood waiting on the wing of my aircraft. He took the parachute from me and dropped it into the cockpit. I climbed in, settled on the parachute and strapped myself in securely. The airman jumped down and stood holding the fire extinguisher close to the exhaust stubs as I readied for starting. 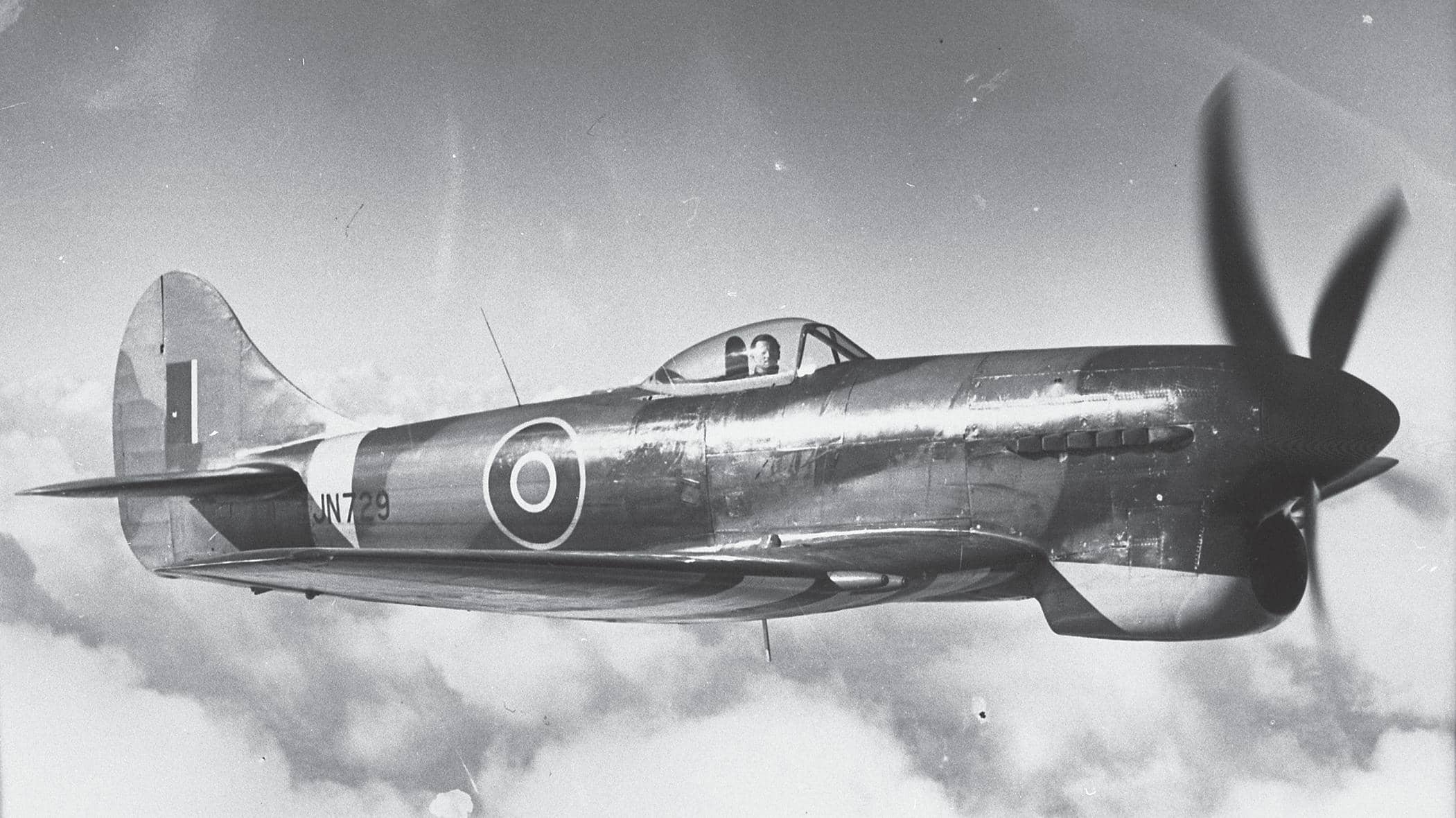