Bomber Crew: A Day In Their Lives 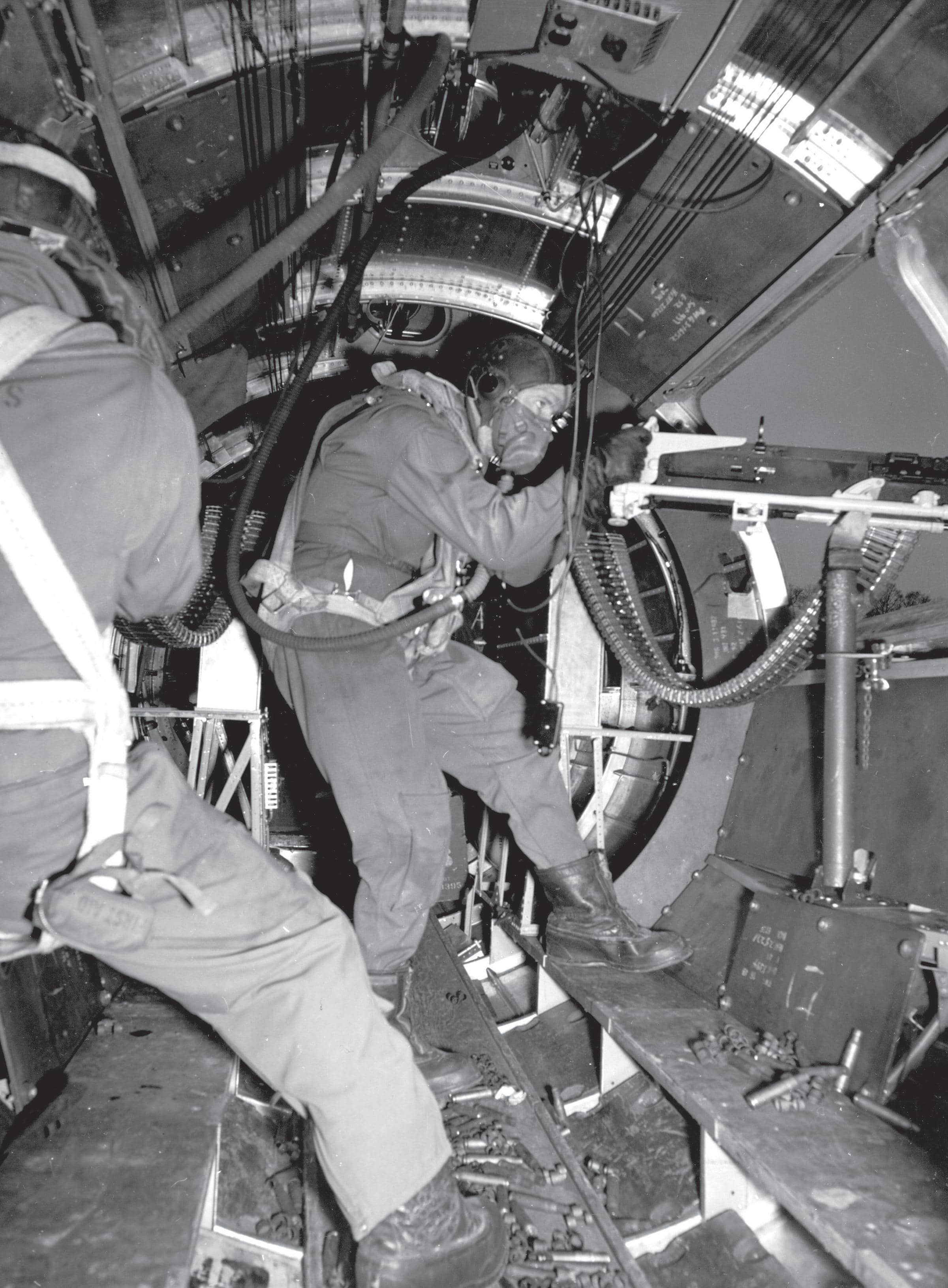 B-17 Crewmen Remember the German Missions.

Aboard each of the thousands of b-17 Flying Fortresses that left the soil of England bound for targets in Europe were 10 young men. outwardly, they were no different from any late-teen or early-twenties boy you’d meet anywhere in America. Same faces, same names, same youthful vigor and sense of invincibility. but on their shoulders rested the hopes of a nation, a world at war. this article relates missions over Germany through the personal accounts of men no longer young. they have little in common but their memories and that they once flew high in the deadly skies over Hitler's Germany to deliver destruction to the nazi war machine. bombardiers and navigators, pilots and copilots, radio operators, flight engineers, ball, waist and tail gunners. Some were officers, most were sergeants. they came from factories and farms, small towns and big cities, and ended up in a narrow aluminum tube with four roaring cyclone engines, a dozen machine guns and four tons of high explosives. the air temperature was far below freezing even when it was woven with red-hot shrapnel and exploding cannon shells. Very few of them knew one another during the war, but they are forever bonded in blood and duty. Kids then, old men now, they tell their stories of life and death inside b-17s over Germany. 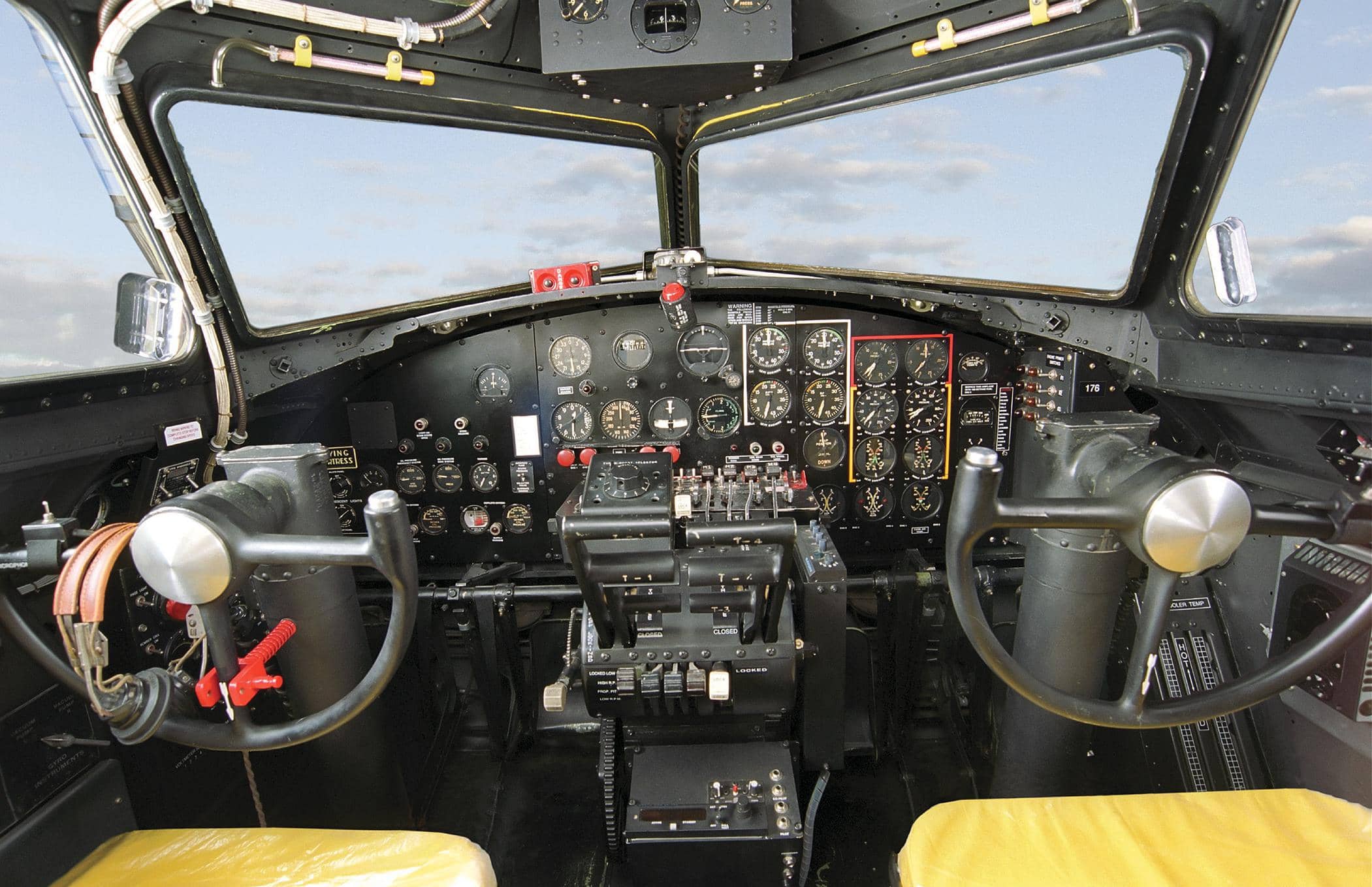 Long before dawn reached the cold sky of East Anglia, a lone man entered the barracks where the aircrews rested in uneasy slumber. Then he began waking them up. Radio operator Don Hammond, who flew 28 missions with the 100th Bomb Group, recalls, “The Charge of Quarters came in and said, ‘Hey, you’re flying. Breakfast at five, briefing at six, takeoff at seven.’ Then they picked us up in a truck and took us to the Mess Hall. We had fresh eggs, served to anyone who was flying.”

Things weren’t the same all over in the Eighth Air Force. Navigator Dick Tyhurst, a veteran of 35 missions with the 95th Group said, “At Horham we always had powdered eggs, toast and coffee. Each squadron had 120 guys. Three squadrons, that’s 360. No way are you going to have fresh eggs.”

The sleepy crews made their way over to the main Quonset hut for the mission briefing, conducted by the group commander and intelligence officer. Behind them was a large curtain covering a map of Europe.

“We went to the main hall with all the crews,” continued Hammond. “Armed sentries stayed at the door so we couldn’t get out. I thought that was kind of funny.”

The Target for Today Is …

Pilot John Gibbons, who survived 49 missions with the 100th, related his memories of briefing. “They pulled the curtain and told us where we were going. On the Berlin missions that red tape went all the way across Germany and over all these fighter bases. Everybody in the room would just groan and sigh or mutter, ‘Oh, goddamn.’”

After the main briefing, the navigators and bombardiers were given instructions about route and target information.

A bombardier of the 493rd Group, Lynn Tipton said, “We were told what bomb load we’d have, the aiming point, and target information.”

“I got a sealed bag with my frequencies and information for the day,” remembered Hammond. “It had an escape kit in there with a map and stuff. I had about fifty dollars in gold too, to bribe civilians. I hoped I’d never need it. After briefing we drew our equipment, Mae West, pistol and flak vest.” 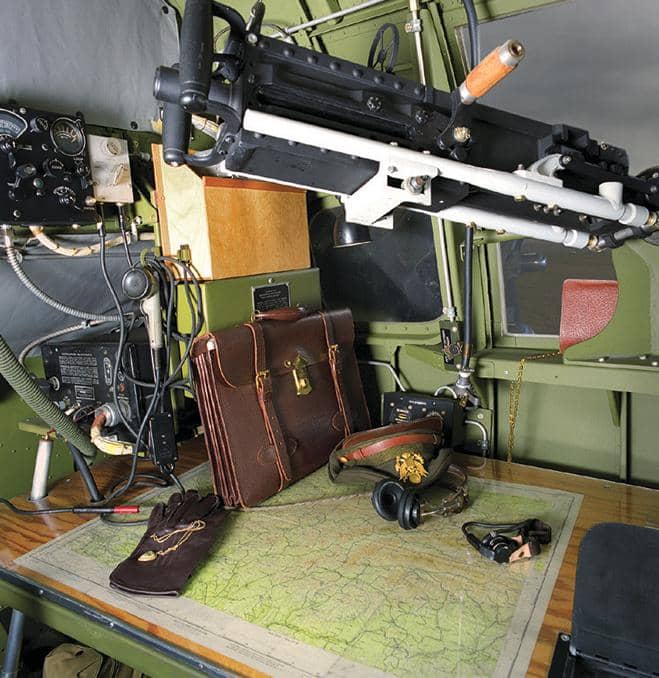 The sky slowly turned from deep violet to dusty pink in the east as the crews stubbed out final cigarettes and drove out to the waiting bombers, already loaded with bombs, fuel and ammunition.

96th Group pilot Ed Davidson commented, “Each squadron was in its own line in the hardstands.”

“Our ground crew chief went over all the damage and repairs from the previous mission with Lt. Stan Cebuhar and me,” said copilot Delton ‘Rip’ Reopelle of the 379th.

Stanley Lawruk, a flight engineer with the 92nd said, “I walked with the ground crew chief and inspected it to make sure everything was fine for flight.”

“I went into the tail and checked my ammunition,” Rich Tangradi, a 100th BG tail gunner explained. “Two boxes, each with 600 rounds of one tracer, two armor piercing and two incendiaries. I put the guns in their positions and lifted the receiver, put in the belt, then slammed it down and locked it. No one touched those guns but me.” 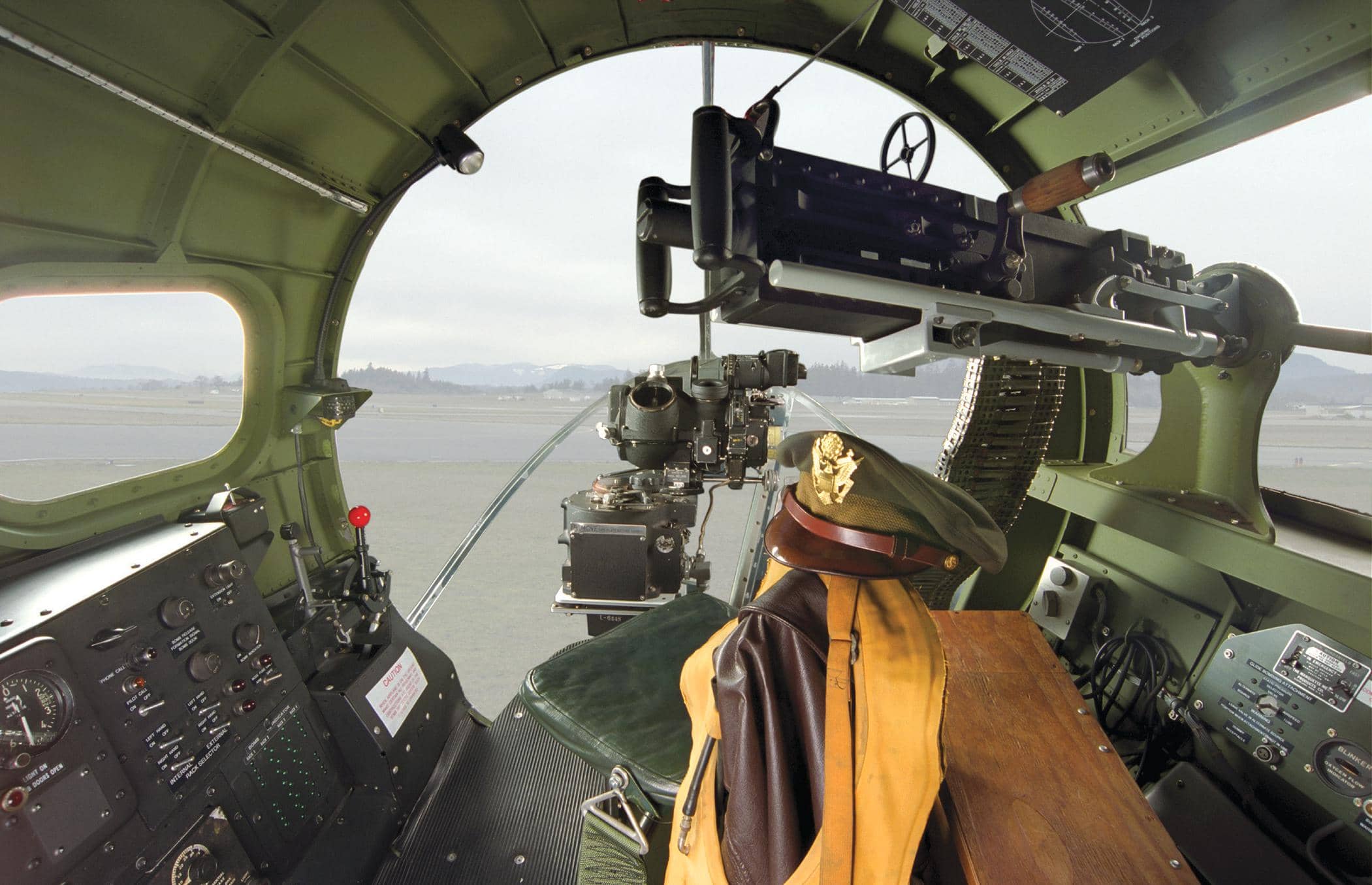 Once the doors and hatches were closed and latched, the crews called the pilot and checked in. Then they settled in for takeoff.

Takeoff was done by section and squadron, explained Davidson. “We took off at 30-second intervals and climbed.” 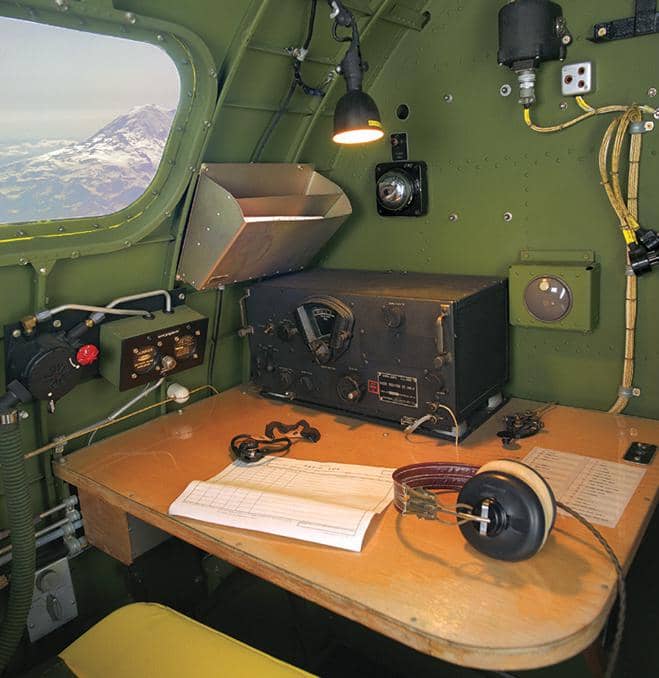 Navigator Tyhurst explained, “We had three groups in the 13th Combat Wing. The 100th at Thorpe-Abbots, we were in the middle at Horham, and the 390th was at Framlingham to the southeast.

“We used vertically-aimed radio beacons called ‘Bunchers.’ The airfields were roughly five miles apart. When we took off, we had to circle over our beacon because five miles away were other groups within our wing. Sometimes we’d come up out of the clouds and five miles away we’d see another B-17 come out.”