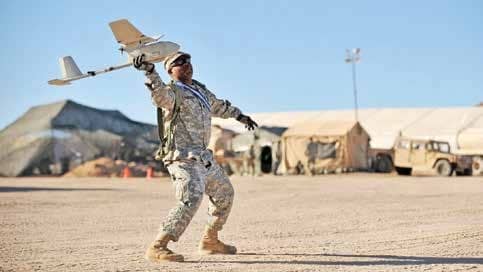 Autonomous operations of an object, which was used since 1000 years ago using birds as a messenger by our formers is not new for humans. Since then in 21st century we are now moving towards the same principle but with little technology.

The technology is all about Unmanned Aerial Vehicle, commonly known as Dronesis an aircraft without human pilot onboard or human pilot controlling the aircraft from a remote location. Earlier attempts to create autonomous vehicle was also originated during world war 2- the V1 flying bomb which is a pilotless aircraft powered by jet technology can carry warheads. It had an autopilot to keep it level and inertial system to dive towards the target, but it was not reliable nor accurate. Later in 20th century Drones are widely used since 1950’s for many purposes including Civil, Cargo and Military Operations. Military flying objects flying under constant control by a ground operator is strictly not a Drone, it’s a unmanned aerial vehicle. For now lets us keep the Definition of a Drone or UAV as a pilotless aircraft that is capable of autonomous or semiautonomous functions that require onboard decisions making & operations.

The first country to manufacture Drones was Israel.

Drones comes in variety of models, winged/ rotorcraft types but majority of drones are aircraft or aircraft type devices with wings, which can fly high & reach long distance. Along with the winged drones, rotorcraft drones also used but it is limited in height and distance, but can fly in congested area and can hover at specific location. Rotorcraft drones are more common in general use by public for recreational purpose. From small to big, Drones comes in wide range for military & civilian use, including combat drones, reconnaissance drone, recreational drones, transport drones, utility drones, cruise missile drones, under water drone, space drone & many more. By 2050 only 30 years from now some 70% of the population is expected to live in urban areas. So cities are already outgrowing available transport system making it imperative that drones will be the future for transportation. As the space demand arises, drones are the perfect choice for delivering packages to a specific location or even transporting us in near future.

Most of the drones are pale grey in color, as this color drone is more likely to be missed against a cloudy sky.

Drones are not limited by crew endurance, where a manually piloted aircraft must return to base due to crew fatigue but drone can operate more or less endlessly, either autonomously or under control from a ground operators. Drones are smaller and light weight compared to manned aircraft. In manned aircrafts the pilot and crew takes a considerable space, such as pilots need space to operate the controls, crew seats, pressurised cabin, additional instruments to display certain values to pilots etc, will take considerable space and increase weight. A drone needs nothing of these saving both space and weight. All that needed in Drones are sensor systems most probably cameras onboard. And cameras not only used to capture images but too constantly relay video stream for first person operations of drone from ground station. Videos from drone are much useful in various ways such as crash sites, fire, earthquake affected areas to locate and retrieve casualties. UAV can be used for search & rescue where in case of fire or any crash, the drones itself can go very close to a crash site and give live feeds to a remote location instead of sending a manned airplane to rescue by jeopardising the crew. Fire fighters & police personnels are already using drones to quickly assess a situation before sending personnels into potential danger, that we witnessed in some kind of situation, such as to observe Riots, Crowded area etc. 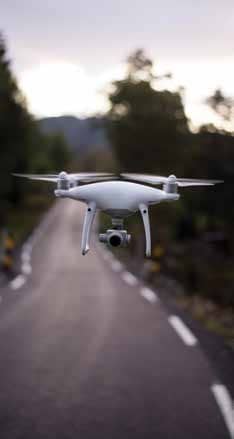