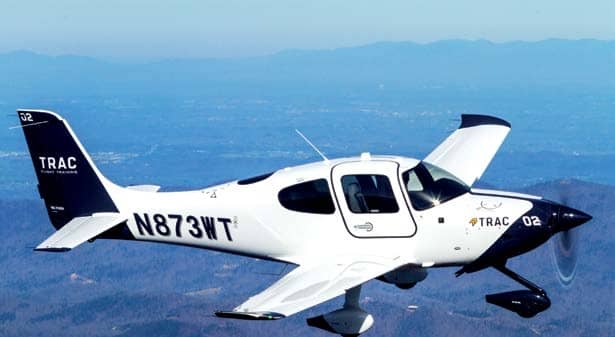 Cirrus Aircraft has unveiled the TRAC Series, a purpose-built configuration of the SR Series line of aircraft developed specifically for flight training.

Cirrus has redesigned the interior to meet the needs of the flight training environment, replacing the luxury materials found in the SR Series with a durable all-weather floor liner and easy to clean wear-resistant seats.

The TRAC SR20 is powered by a Lycoming IO-390, 215-hp powerplant. It also includes the Cirrus Airframe Parachute System (CAPS). The TRAC Series is further enhanced by a wide array of interactive, tailored flight training content through Cirrus Approach, including online courses, videos and an interactive Flight Operations Manual (IFOM).

Bombardier proudly celebrates the delivery of the 100th Challenger aircraft to join the NetJets fleet. This milestone event underscores the strong relationship between Bombardier and NetJets, and reflects the tremendous demand among business jet travellers to fly aboard the industry-leading Challenger business jets.

The 100th Challenger aircraft in NetJets’ fleet is the award-winning Challenger 350 business jet, which continues to lead the way in the super mid-size segment. In addition to reaching 300 deliveries faster than any other jet in the medium and large categories, the Challenger 350 aircraft is the best-selling business jet platform of the last decade and is recognized for its superior performance, remarkable reliability and stylish cabin.

“We're very proud of our longstanding relationship with NetJets, who share our desire to create an exceptional flight experience for customers,” said David Coleal, President of Bombardier Aviation. “This addition of a 100th Challenger aircraft to NetJets’ fleet shows how sought-after this aircraft is and why it’s simply the best business jet in its class.”

NetJets currently operates a combined total of 100 Challenger 350 and Challenger 650 aircraft in its fleet. These best-selling aircraft have the lowest direct operating costs in their respective categories due to affordable maintenance programs and longer maintenance intervals than the competition. 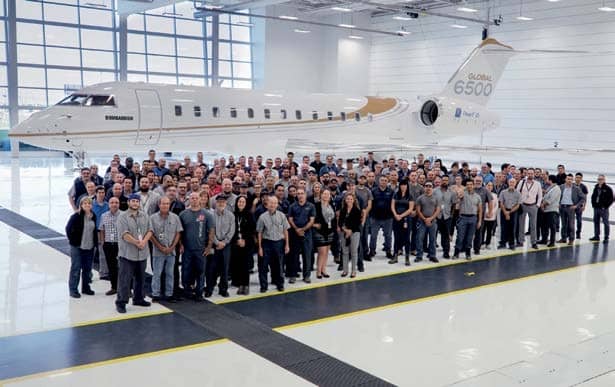