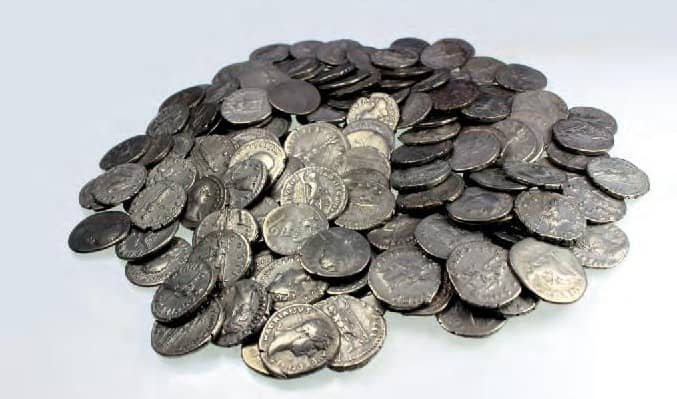 Sometime during mid to late AD 193, in the southwest corner of the Roman province of Britannia, a citizen was compelled to bury a hoard consisting of 188 silver denarii. Quite a sum, equivalent in value to around £4,500 in modern-day currency, based on the fact that a denarius is thought to have been worth around £25. A Roman soldier would have been paid around 300 denarii per year – this may not seem much but then one should consider that there were far fewer things to spend your money on back in Roman times! What compelled them to bury the hoard? Was it for safekeeping while they headed to market in nearby Wells? Or had they been asked to head north and help with the trouble caused by the Caledonians near Hadrian’s Wall? Perhaps they were even stolen by a mischievous slave who was then caught, sold and could never return to recover his loot. We can only surmise and probably never will know for sure, but we do know that the coins were not recovered until some 1,822 years after being deposited.

Detectorist, Daniel Stevenson, was searching a small field in Somerset back in May 2016. The search had been arranged by a small club and everyone was really excited, due to the known history of extensive Roman occupation in the area. The search areas were identified and everyone headed out into the fields, detectors at the ready.

The first impressive find made was a reminder of the significant mining activity which took place in South Western Britain during the Roman period, being an impressive lead ‘pig’ ingot. This was a bullion ingot inscribed with the names of the emperors of the time, similar to a modern-day gold bar which carries the assay marks. The ingot measured 52cm in length and weighed a whopping 19.3 kg. Four similar ingots have previously been found in Somerset, suggesting that this is where they were mined during the second century AD. 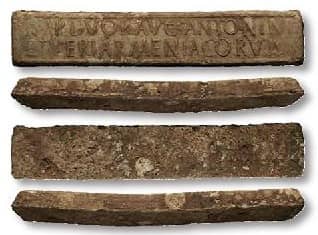 Later in the day, Daniel got a faint signal and upon removing a clod of earth was greeted with the unmistakable sight of a silver coin. It quickly became apparent that there were more coins in the disturbed soil – we can only imagine just what must have been running through his mind! We’ve all seen the great piles of coins in the British Museum which have been found around England – would this turn out to be the tip of just such another iceberg? 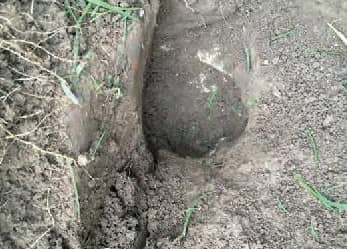 Resisting the temptation to carry on digging, Daniel contacted the event organiser who quickly arranged for an archaeologist to come to the site and carry out an excavation. After several hours of careful digging, there was no sign of a container of any kind. This indicated that the coins had most likely been contained in a bag or purse made from leather or other organic material which, after some 1800 years, had decayed. Each coin was carefully lifted and bagged and once everything had been removed from the ground, the hole was carefully back-filled. The entire find was then taken to the British Museum in accordance with the Treasure Act 1996. 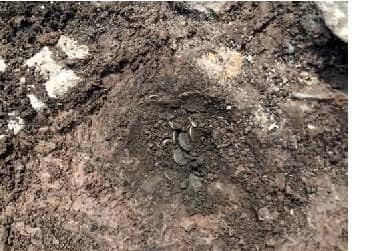