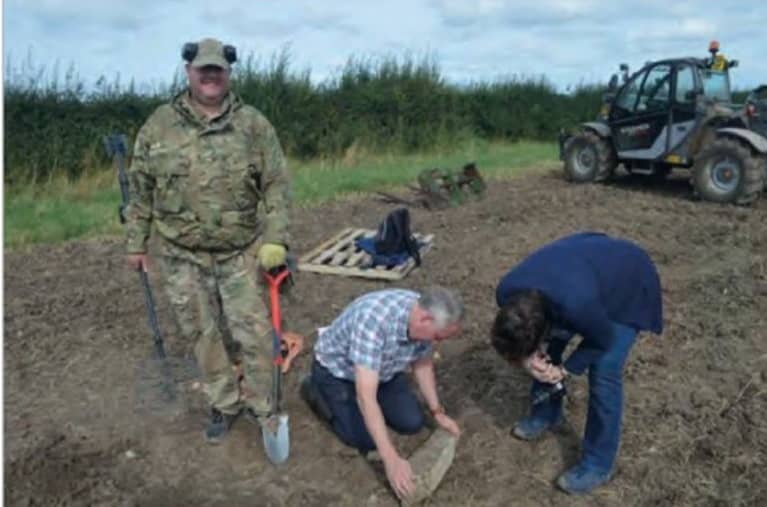 I would just like to update readers of Treasure Hunting magazine with some further information about the Roman lead ingot I found back in September 2019.

The ingot, also referred to as a ‘pig’, is now housed in Wrexham Museum and has been the recipient of a lot of interest from Liverpool Museum as well as the British Museum.

The amazing artefact has been recorded on the Portable Antiquities Scheme database (WREX-8D3982) and the following information is based on their report: “Roman lead pig ingot c.AD 63-69. The ingot is rectangular in plan and trapezoid in section. Max length: 530mm tapering to 490mm; max-width: 160mm tapering to 80mm; height: 110mm tapering to 90mm; weight: 63.4kg. Four clear layers can be seen giving an indication of the way in which the ingot was produced. One end of the ingot has been lost and there are cut marks on all faces of the ingot.”