Only a Bit of Lead 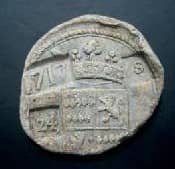 As in common with most people, when asked if they have found anything, the reply can often be “Oh, only a bit of lead.”

However, apart from being a great indicator of human activity, it is also a fascinating material that has had many uses over the centuries, indeed over past millennia. I’d like to share some examples of lead finds which did not get relegated to my scrap bin and have given me a great delight in their unearthing.

The area that I live in, North Devon, is a beautiful area, with lovely beaches (great for detecting on) and fantastic countryside, but not that much old metallic history – well, in my experience anyway. Most finds that I make are from the post-Elizabeth I period, when the area had some very busy seaports. In the Elizabethan era and later, many people were setting off to experience the New World from the local port of Bideford. Occasionally, older artefacts are found in the area but this is very uncommon. 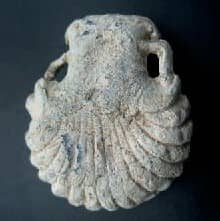 One detecting advantage which we do have though is that the farmers here are very obliging, so I always have somewhere to go. The land is mainly pasture but having a wide choice of sites to detect on is a very nice position to be in.

It was a lovely autumn day when I met up with my detecting pal, Graham, on one such site. North Devon, as in common with most parts of the country, had recently seen a lot of rain over the preceding months, so we were itching to get out and do some detecting. I had detected the fields on this site many times before but I was happy just to be out. 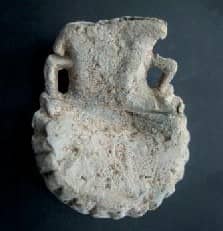 For several years, one particular field had resulted in moderate yields of finds from differing periods but had been gradually decreasing. Then, suddenly, about five years ago, my prayers were answered when the farmer ploughed the field. Since then, this single field has been refreshed and gone on to produce many more interesting finds. On this occasion I was using my XP Deus with the Hot Program and the nine-inch HF coil. The field was in stubble and the ground wet – I find the HF coil absolutely perfect for these conditions.

The day started slowly with the usual buttons, the odd corroded coin and rather a lot of rubbish – overall nothing very exciting was unearthed before lunch.