My A-Z of Detecting

With detecting ‘on ice’ due to the coronavirus outbreak, I took the opportunity to go through my boxes of finds, something I’m sure many of us have been doing. During the process I came across some rough notes for an article that, for some reason, never progressed beyond the germ of an idea. To keep myself amused I thought I might try to breathe new life into the concept. The working title ‘A Dictionary of Detecting’ was rapidly discarded as it became clear that not only would it be impossible to produce an exhaustive list of words without creating a tome of epic proportions, but that it would also be very arrogant of me to believe that I could attempt such a task. I therefore decided that this journey through the alphabet should be written from a personal point of view, simply featuring some of my own finds and experiences, and so ‘My A-Z of Detecting’ was born.

A: Anticipation and Antoninianus

I’ll begin in the way that I start every dig – with anticipation. We all recognise that feeling; the one that comes as we look out across the land with a sense of nervous expectation as we wonder if today will be that special day, the day we find something a little out of the ordinary. I experienced one of those special days last year when I recovered my first silver antoninianus. I had previously unearthed a number of bronze and billon examples so I knew that the double denarius began life as a silver denomination during the reign of Caracalla and that it was gradually devalued and debased over the years until it contained less than 3% precious metal. 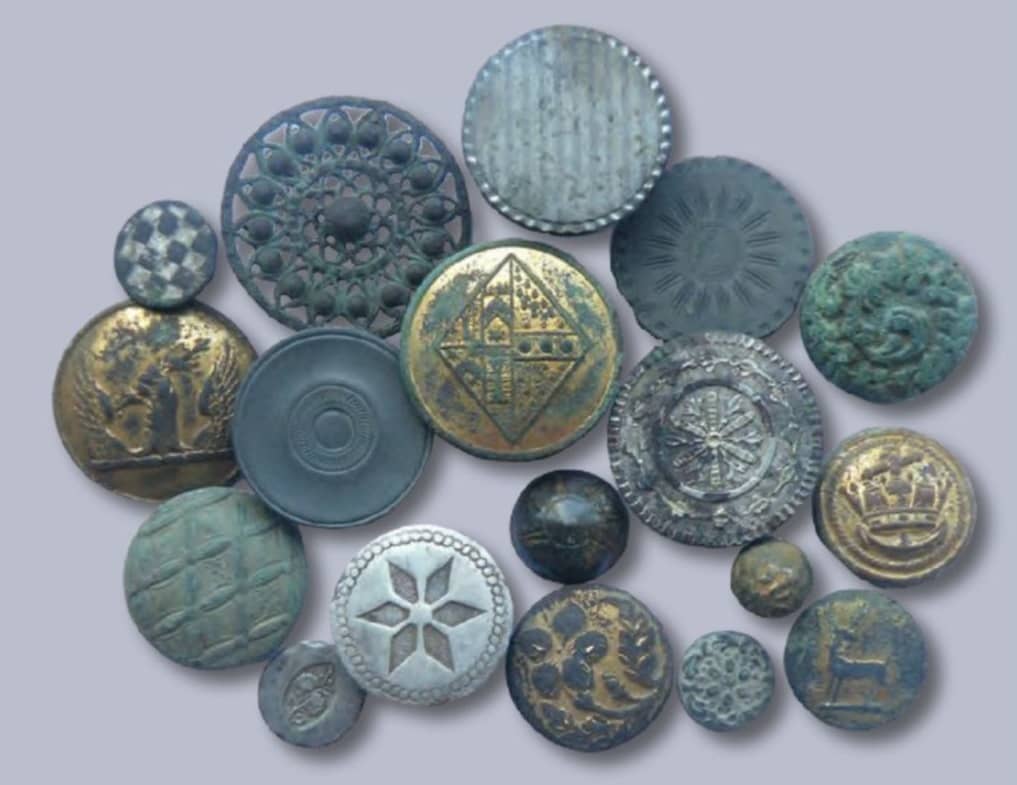 What I had not realised was that the word antoninianus is derived from Caracalla’s formal name, Marcus Aurelius Antoninus and that, on this type of coin, the emperor is always depicted wearing a radiate crown while busts of women rest on an upturned crescent moon. Viewing the newly acquired coin of Philip I alongside others in my collection, these methods of portrayal are clearly illustrated and the decline of the antoninianus becomes obvious (Fig1).

B: Bullets, Buttons, Buckles and Bronze

All of these could be considered as staples of a detectorist’s finds bag, the first two alone often responsible for 50% or more of positive targets. Bullets (along with their equally annoying cousins, shotgun cartridge ends) are one of the unavoidable pitfalls of detecting, while buttons score a little higher in the acceptability ratings. Most recovered buttons are pretty basic affairs found in large numbers, possibly due to the use of ‘Shoddy’ (a fertilizer made from the remains of recycled rags) or clothes and uniforms being burnt or used as landfill. There are, of course, more decorative examples (Fig.2), particularly livery buttons and Georgian dandy buttons, many of which have been responsible for those heart-stopping moments when their shiny surfaces trick us into believing that we have picked up a gold or silver coin! 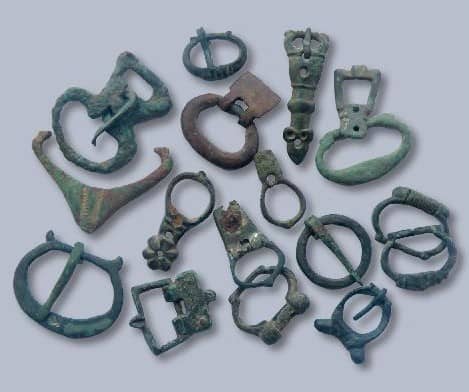 Moving up the scale we come to buckles. It’s hardly surprising that these are relatively common finds as they have been around since they were introduced into Britain during the Roman occupation. Used as dress accessories ever since, they possibly reached their heyday in the same period as the dandy buttons. I love the range of shapes and sizes that exist and I’m always pleased to add another to my growing collection (Figs.3 & 4). Many early buckles were made from bronze, along with a huge variety of other artefacts and coins, some emerging from the ground with a lovely green or brown patina. We probably all have hundreds of bronze items packed away in bags and boxes but some of my own favourites date from the Bronze Age itself, the era characterised by the first widespread use of the alloy that was created by mixing copper with tin (Fig.5).

It was as a ‘camp-follower’ that I entered the world of detecting as I initially spent a number of years trailing up and down the fields with my partner J.M who was an avid detectorist. Although I didn’t dig, I helped out in other ways and also shared his copies of Treasure Hunting. One day I read that the magazine was urging people to submit accounts that looked at the hobby from different perspectives and that was how, in 2008, I came to write my first article appropriately titled ‘Confessions of a Camp Follower’. 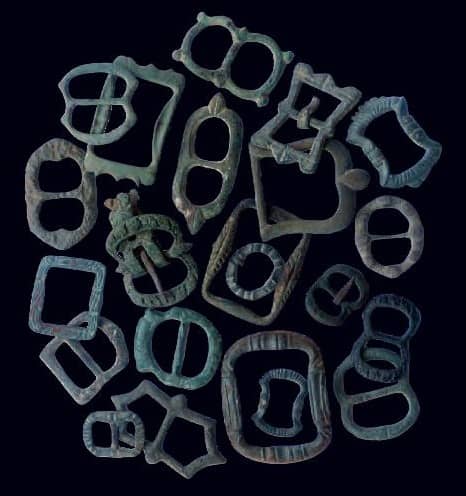 On my outings with J.M, coins were always top of his wish-list. In fact, he just had to locate one, whatever its condition or he would drive home in a bad mood! Some of his desire to find coins has definitely rubbed off on me as I’m always excited when one comes to light, but I’m equally happy with artefacts such as crotal bells.

It was one such bell that was the first object I ever watched J.M unearth and from that point on, I was hooked. I spent years being puzzled by the name but it wasn’t until fairly recently that I took time to do a little research. I then discovered that the word crotal comes from the Greek ‘krotalon’ meaning rattle and suddenly it all made sense. Ever since that first encounter, I have had a soft spot for crotal bells and have been lucky enough to find a number of my own (Fig.6). Some are complete and a couple bear foundry marks (Fig.7) but they all remind me of that day in the fields many years ago.