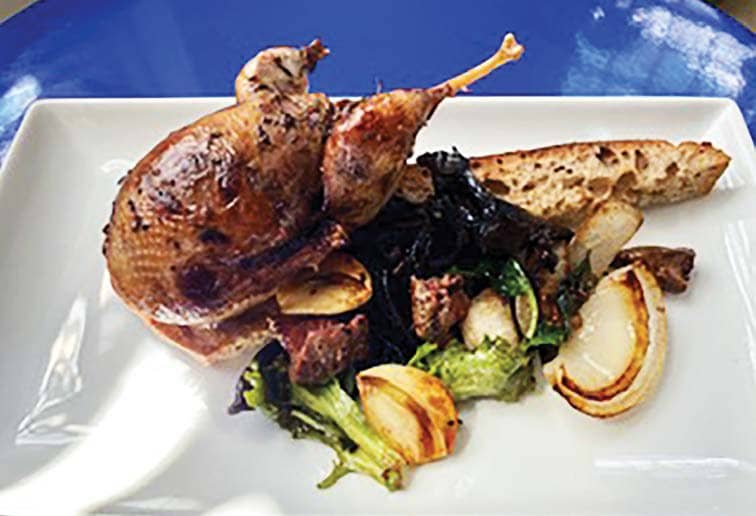 Want some big flavor? Try stirring in some guts.

In The Whole Beast, Nose to Tail Cooking, chef Fergus Henderson of London’s St. John Restaurant celebrates the consumption of as much of an animal as possible, including game birds.

“Woodcock defecate before they fly, so they can be roasted with the guts in, which heightens the flavor,” he says.

While not common in modern times, livers, kidneys, hearts, brains and various other internal stuff (collectively: entrails or offal) certainly are legitimate foods.

Chefs are known for their culinary hubris, and I was a little skeptical about Henderson’s grasp of the biology involved, so I asked around. Neither Judy Wilson nor Kelly Kubik, local wildlife biologists with the Connecticut Department of Energy and Environmental Protection, would go out on a limb and confirm his thesis.

The furthest Wilson would go was, “I eat clams, so why not woodcock entrails?”

And as for me, if it tastes good and doesn’t kill me, I’m all for it. In older cookbooks, woodcock entrails are routinely utilized to add flavor and body to sauces, patés and stuffings.