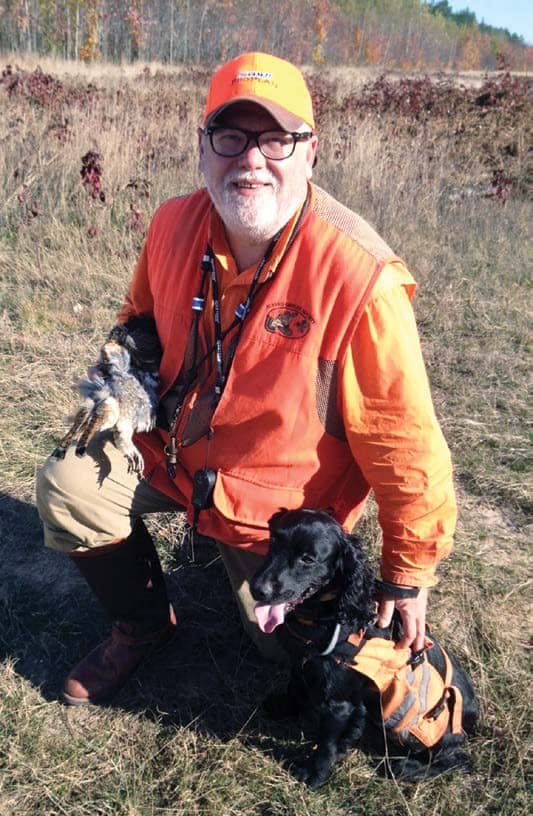 The Ruffed Grouse Society and American Woodcock Society (RGS & AWS) are proud to announce the hiring of Glen Blackwood as the newly appointed director of regional development in Michigan. In his role, Blackwood will direct business development and fundraising programs in Michigan, Illinois and Indiana along with promoting recruitment events, educational activities and habitat days.

“Regional directors are the gears that keep our network rolling. They lead the business aspect of conservation funding, and without them, nothing gets done — it’s that simple,” stated Ben Jones, President and CEO of RGS & AWS. “In Glen we have an incredible mix of business sense, years of RGS/AWS volunteer experience and a passion for this work. Not to mention his chops as an upland bird hunter and dog handler. Glen is the real deal, and we couldn’t be more excited to have him leading our Michigan and eastern Great Lakes network.”

Blackwood, Upland Almanac’s “Pages Past” columnist said, “My father was a conservation officer for the Ohio Division of Wildlife. Being able to follow in his footsteps in a conservation position is exciting on both a professional and personal level. I am most excited about working with members and volunteers while growing awareness of the importance of healthy forests and how RGS & AWS are leading the way in forest conservation.” Blackwood holds a BA in agriculture from Ohio State University. He’s been married to his wife Kathleen for 28 years, and they have two adult children, Megan and Ian. They have bird dogs as well: Laurel, a 12-year-old English springer spaniel and Bosco, a 6-year-old English cocker spaniel. He currently resides in Rockford, Michigan.

Once again, the RGS was honored with a 4-star rating from Charity Navigator, America’s largest independent charity evaluator. This is the fifth consecutive time that RGS has earned this top distinction. The 4-star rating is a result of RGS’s continuing to maintain sound fiscal management practices and a commitment to accountability and transparency in efforts to unite conservationists to improve wildlife habitat and forest health.

“For all of us at RGS & AWS, wildlife conservation is a passion. In that light, we see every dollar as an expression of that same passion from our members and donors. That motivates us. We strive to ensure every dollar is mission maximized,” said Jones. “We pack bag lunches for long road trips, share hotel rooms and crash on friends’ couches or in hunting camps along the way. I even drive a 2008 Toyota Yaris because it gets more than 40 miles per gallon. My wife calls it the Flintstones car, but on a given trip, driving it means that 50 percent more money goes toward habitat, not the gas tank.”

Since 2002, Charity Navigator has awarded only the most fiscally responsible organizations a 4-star rating. In 2011, Charity Navigator added 17 metrics, focused on governance and ethical practices as well as measures of openness, to its ratings methodology.