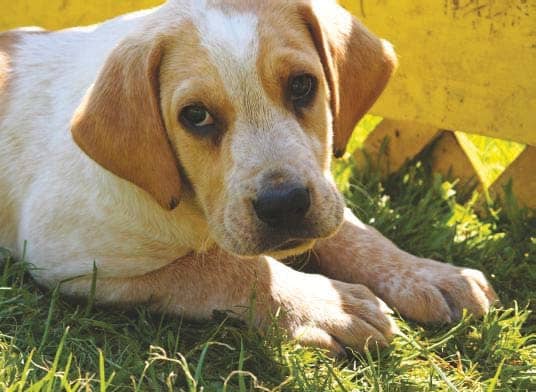 Before they can take their place in the pack, this year’s hounds will need to mature. And puppy walkers are a vital part of that process, as David Tomlinson explains

FEW jobs require such a multitude of talents as that of a professional huntsman. The skill required to hunt a pack of hounds one takes for granted, along with the ability to ride across the stiffest of country without falling off. A knack for butchering fallen stock is essential, as well as being an accomplished mechanic in order to keep the hunt lorry functioning. A deft touch with a paintbrush is handy to ensure that the kennels always look their best, too. But perhaps the most underrated necessity is charm, which is far more than raising a cap on hunting days. A good huntsman has to be able to persuade subscribers and supporters to walk hound puppies, not the easiest thing to do when we all know that a foxhound puppy can be the naughtiest and most destructive small animal there is.

The tradition of puppy walking stretches back for almost as long as we have had packs of hounds. A huntsman has quite enough things to do without bringing up the puppies, so it makes sense for the youngsters to go to temporary homes until they are old enough to come back and join the pack. According to the 8th Duke of Beaufort, writing in his authoritative volume Hunting (first published in 1894), puppies are usually ready to be sent for their walks when they are about three to four months old. Here they “remain to be tended at the discretion of their temporary masters till the following spring”.