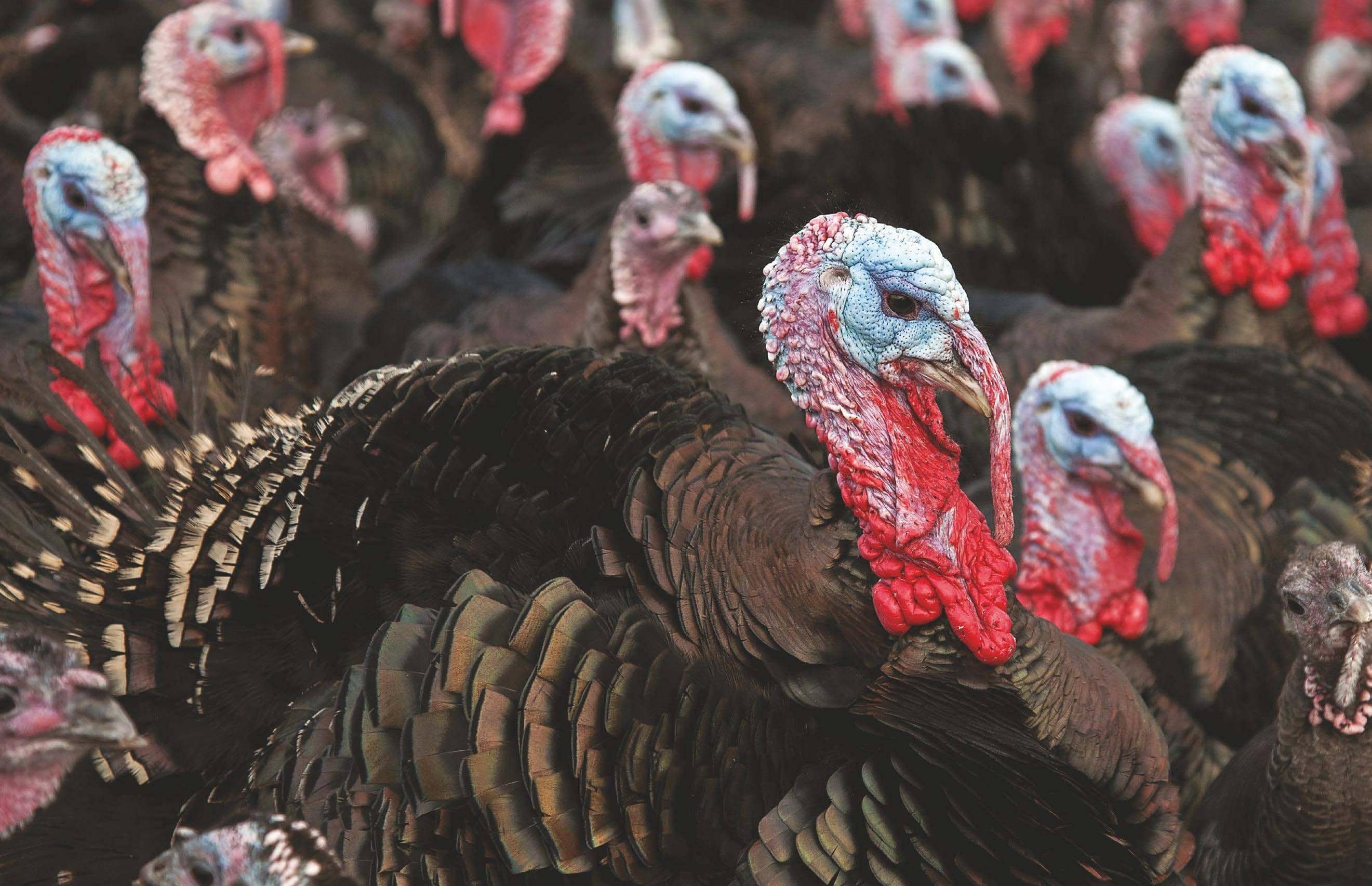 Tired of turkey at Christmas? You haven’t tasted a traditional, free-range, organic bird

For Tom Copas, a turkey is without doubt the most important part of the most important feast of the year. “A special Christmas dinner demands a special turkey,” says Copas, of Copas Traditional Turkeys in Berkshire, and to understand what makes Copas turkeys so special it is necessary to visit the family farm, which has occupied a vale beside the village of Cookham for more than 100 years.

With its neat fencing and picturesque cherry trees, the 82-acre farm has a landscaped feel to it, yet look closer and everywhere are the black dots of turkeys flecked with bronze in the low sun. Inherently curious, they move forward in waves as you approach. What makes the biggest impression, however, is just how free to range they are. “We give each bird at least four square metres,” remarks Copas. There are some 24,000 turkeys here on the farm. 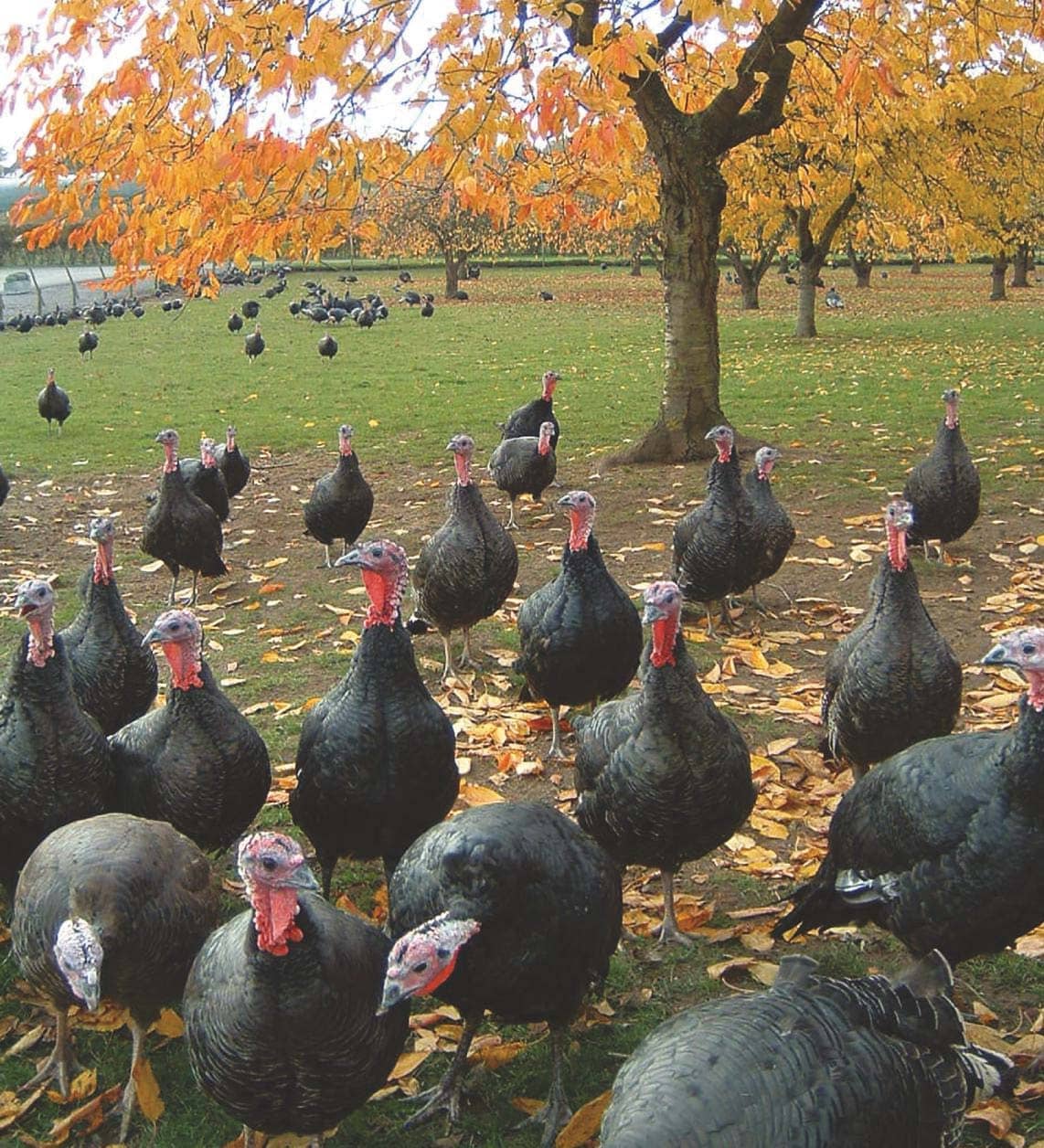 Copas and his team are now staffing up for the culmination of the turkeys’ journey. The busy weeks ahead will see the birds prepared for delivery to butchers and homes around the country. It’s a journey that began at the end of May, during the long hot days of that spring bank holiday. Two hatcheries, Hockenhull and Farmgate, provide day-old poults to the farm.

Meanwhile, just two breed groups account for the vast majority of commercially grown turkeys in the UK: white, as preferred by most supermarkets; and bronze or black.

“One time we tried rearing Bourbon reds and it was a disaster,” recounts Copas. “There were problems with the turkeys bullying one another, and the shape and weight of the Bourbon reds simply weren’t right for the Christmas dinner table. They proved so hard to pluck, too, resembling hedgehogs given the stubs of the quills that we couldn’t extract despite our best efforts.”

It requires years, if not decades, to establish a breed on a farm such as this. “The experience with the Bourbon reds put me off trying other breeds such as slates or narrowgassets,” says Copas. “We’ve now refined it down to 12 varieties of bronze. As it happens, these were the breeds that predominated until the supermarkets started insisting on white.”

The ideal Christmas turkey has a wellbuilt ‘frame’, a favourable meat-to-bone ratio, plus a good ‘shape’, meaning good meat coverage and a pronounced breast. Crucially, it should have been allowed to grow to maturity (around 26 weeks) naturally – the typical supermarket free-range turkeys are grown to roughly 14 weeks.

At 26 weeks the birds have developed a layer of fat. This makes them self-basting when cooked; it both moistens the meat and creates the rich depths of flavour that the very best turkeys offer. While it might be customary to enjoy turkey with cranberry sauce, a first-rate example requires nothing more than salt and pepper to appreciate its supple texture and intensely rewarding taste. 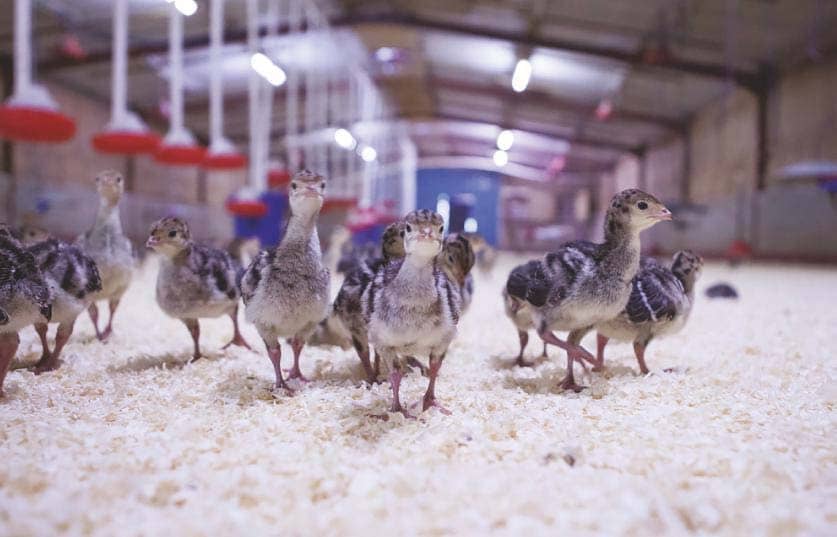