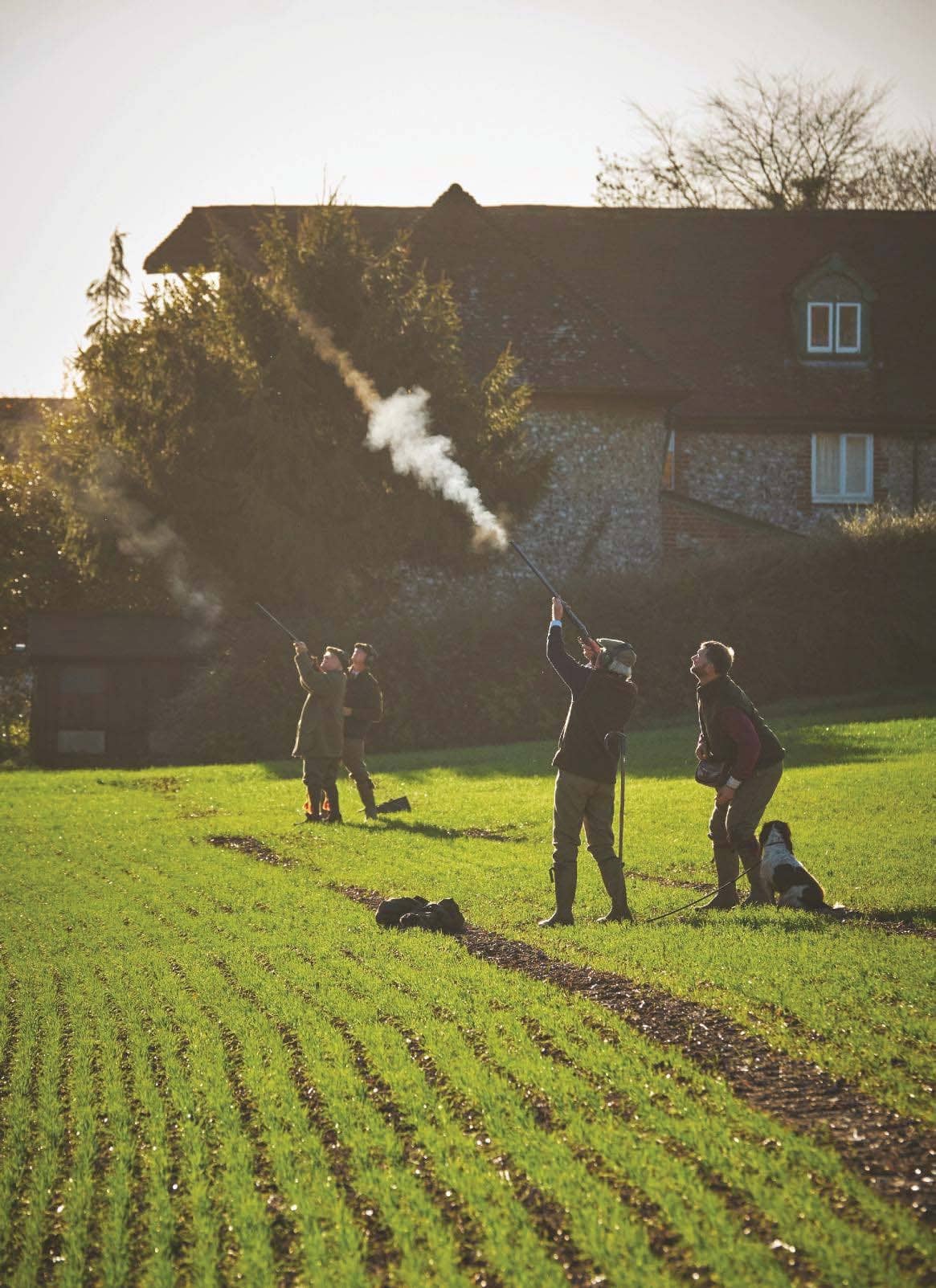 The winning ticket in a GWCT raffle proves to be the perfect prize: four fabulous drives on shoots in Kent to share with friends

On the way to the first drive we pass a historic farm, low on the left. This, according to Nick Lamb of the Bourne syndicate, was used as a base by the four Norman knights who set out to assassinate Thomas Becket, St Thomas of Canterbury, in 1170. Halfway between Kent’s cathedral city and Dover, we rattle along an old farm track to the start point of what has been billed ‘a unique shoot day for nine guns on four of Kent’s premier shooting estates’. Organised by the Kent committee of the Game & Wildlife Conservation Trust (GWCT), this is the second time in five years that such a prize has been donated. Paul Kelsey, raspberry farmer and GWCT chairman for Kent, explains, “Each county has a committee of volunteers who run fundraising events on behalf of the GWCT. The Fantasy Four days are a great way of raising a substantial amount of money in one hit. It appeals to those who benefit directly from the work of the GWCT locally. Everything depends on the generosity of individual landowners and shoots, each contributing a top drive without charge.”

At £200 a ticket we’re not talking small beer but with just 250 tickets on sale the odds are good and the prize, for those lucky enough to win, is sensational: the opportunity to raise the barrels on some of the best private shoots in the country.

As we draw up to a lone farm building, vehicles start to assemble. It’s a bright day, something of a miracle given the wild November storm that tore through the county the night before. “How will the birds fly?” is the question that forms the standard pre-shoot murmuration.

Paul Kelsey summons us into the farmhouse for an enlivening coffee and brief. “We’re very privileged to have access to some of the finest shoots in the county for you today, including four stellar drives featuring partridge and pheasant,” he said. “Our first drive takes place here at the Denton Shoot by kind permission of Mr George Gosling. This will be followed by drives at the Bourne Shoot, Stalisfield and the Godmersham Shoot.”

Lucy Rumbellow, our host in the absence of her father, Jim, who runs the shoot, outlines the ground rules before handing over to David Reed, winner of the raffle.

Despite each and every one of the guns having bought a ticket, Reed takes great pleasure in teasing them, explaining just how lucky they are to be his guests for the day. Huge guffaws emanate from Mark Sheardown, Ian Whigham, Alex Child-Villiers, Richard Nelson, David Harrel, Alan Yarrow, Stephen Morant and Michael Stanford-Tuck; the fortunate few. Most are members of the neighbouring Bourne Shoot, which is hosting the second drive of the day.

Formalities done, we stride off and line out across a field of root crop facing classic English woodland, rich with the burnt umbers of autumn. Towering pylons to our rear slice through the base of the valley forcing emerging birds above the 200-foot steel sentinels.