Empowering those ‘up the glen' 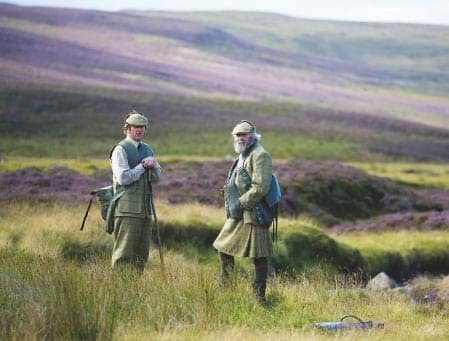 Late changes to the Animal and Wildlife bill in Scotland were bewildering to moorland managers, however, Gift of Grouse and regional groups are giving them a voice at las

THE Animal and Wildlife bill debate in the Scottish Parliament on 17 June was a sobering experience. Despite strong criticism from all parties about lack of scrutiny, the Scottish Government supported an 11th-hour amendment to license the management of mountain hares. Bizarrely, it happened while a response from Scottish Government to its own report (by the Werritty Panel) is still awaited. This had looked carefully at the evidence and recommended a different approach to mountain hares.

Grouse moor managers can be forgiven for anger and bewilderment at such obvious lack of support from their own government when a strong rural economy is badly needed. But despite years of similar attacks, two poor grouse years and not knowing if shooting will even be possible in 2020, the sector is remarkably buoyant. This resilience is down to the commitment of moor owners to keep investing and to the spirit of the people on the ground, who remain passionate about their way of life and the communities in which they live and work.

Despite moorlands being loved by visitors, focus groups show there is a poor understanding of their management among the public. To correct this, since 2015 the people at the sharp end have ‘stepped up’ to better explain the benefits of what they do to policymakers and the public, and to build strong local relationships.