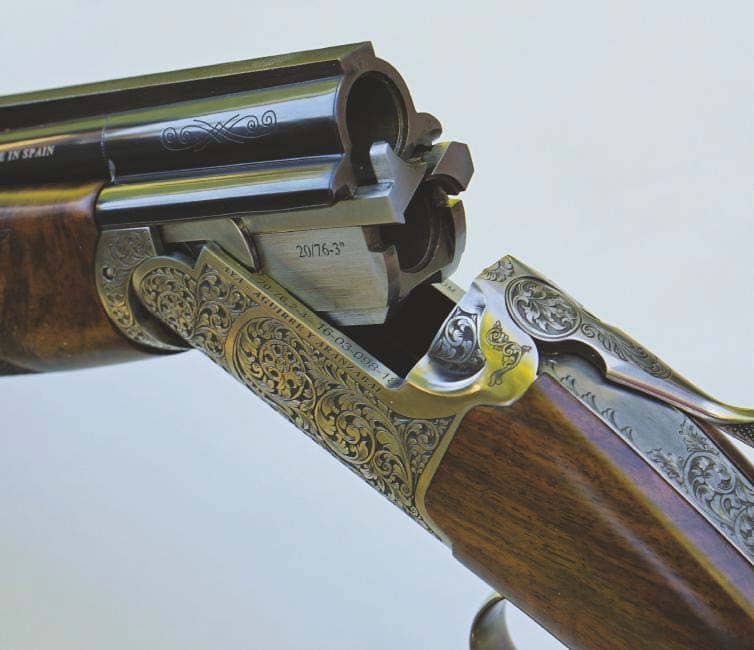 It would be hard to better this nicely-proportioned Spanish over-and-under, says Michael Yardley. However, excellence comes at a price…

THIS month’s test gun is a 20-bore AyA (Aguirre y Aranzabal) Legend De Luxe over-and-under imported into the UK by ASI of Snape (who also bring in Rizzini guns from Italy and EGE shotguns from Turkey). Weighing in at 6lb 11oz, the Legend has 30in barrels with 3in chambers (fleurde-lys superior steel proof) and a tapered and ventilated top rib. The single trigger is selective and there are multichokes. The wood – well-figured Turkish walnut – is finished with hand-rubbed oil and handcut chequering. There is an open radius pistol grip and a rounded fore-end. First impressions are of a carefully conceived, well-presented game gun.

AyA is best known for its side-by-sides, especially its Holland & Holland sidelock clone No 1 and 2 models. In years past, its budget Yeoman side-by-sides and No 4 boxlock ejector were also popular and did much to establish the brand in Britain.

Over-and-unders are nothing new to AyA. The Yeoman range included a stack barrel and the Coral was a rather more elaborate offering. It had a deep action, prominent barrel shoulders and bold action engraving. With its demi-lump barrels (with under barrel lumps) and cross-bolting it was essentially a copy of a Merkel – a clunker aesthetically but notable for its particularly solid build quality.