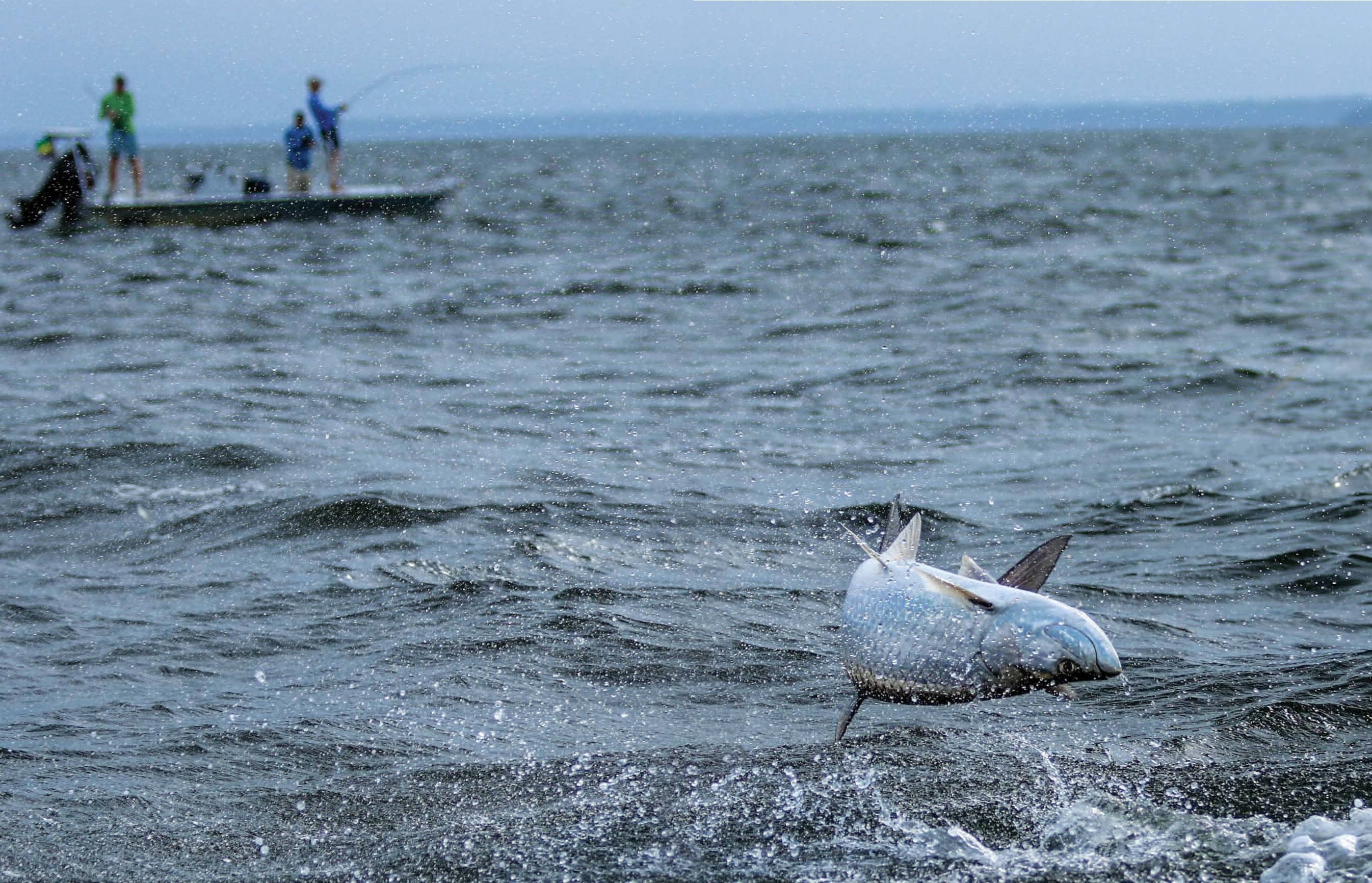 The thought of fishing in Angola and West Africa had always been on my mind. So when I read the newsletter from Arno Matthee and The Guides Company about tarpon fishing in Gabon, I immediately forwarded the mail to my mate. Schalk was interested but not overly enthused, given that the feedback from these trips was always the same: “You can catch those tarpon on live bait but not fly” or “You can’t regularly catch tarpon on fly, the water is too dirty.” Quite the contrary to Arno’s mail, which was filled with pictures and reports of fish caught on the West African coast over the last eight years. We arranged to meet with Arno for a beer. Hearing about the fishery in Gabon and seeing the pictures of jacks, threadfin and tarpon, all caught on fly, was compelling and reinforced my belief that tarpon fly fishing in West Africa was indeed possible. By the end of the evening, our six-day fishing trip was booked for April over neap tides. The moon phase debate was long and one-sided, with Arno saying: “I only fish two weeks of the best tides”, which for me, being a new moon fan, was somewhat difficult to swallow. I recall Schalk asking: “Do you think there are big fish there?” The following eight weeks were filled with excited anticipation.

When our departure date eventually arrived we flew to Kigali and caught the connecting flight to Libreville. At our stopover at Hotel Tropicana, we quickly learnt how to say important phrases and words like “beer” in French. The flight to Port-Gentil was a short ascent and descent with a magnificent view of the mangroves, rivers and very fishy-looking water as far as the eye could see. One couldn’t help but wonder what lurked below those waters. A hot shower and a good night’s sleep in an air-conditioned room awaited us in Port-Gentil.

The following morning, after a short ten-minute drive to the marina, we boarded Nkissi, a 21ft Spear Orca flats skiff (named after a Haitian voodoo doll) equipped with a 140hp four-stroke engine. Within minutes we were looking for rolling tarpon with 12-wts and intermediate lines in hand. Arno then moved us to a junction in the river where two streams meet and swirl. This spot just screamed FISH!