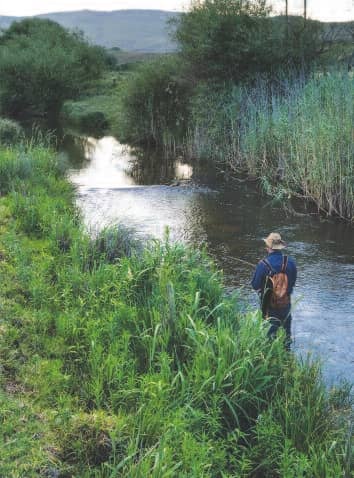 In the circles I move in, Frank Sawyer is known for his Pheasant Tail Nymph, but when I ask my fishing pals what else he has received acclaim for they are a little uncertain. His book Keeper of the Stream comes up sometimes. Well, another book about Sawyer published posthumously by his co-writer and longtime friend Sidney Vines is illuminating on the topic of his achievements. In this book, entitled Frank Sawyer: Man of the Riverside, Vines explains how Frank Sawyer was puzzled by the fact that, as keeper, it had become necessary for him to stock his beloved River Avon with trout in order to deliver half-decent fishing. How he was perplexed by the fact that the fish were not breeding in the river and seemed reticent to eat the hatching mayflies, and how Sawyer discovered that the layer of acidic leaf matter and muck in the river turned out to be the culprit.