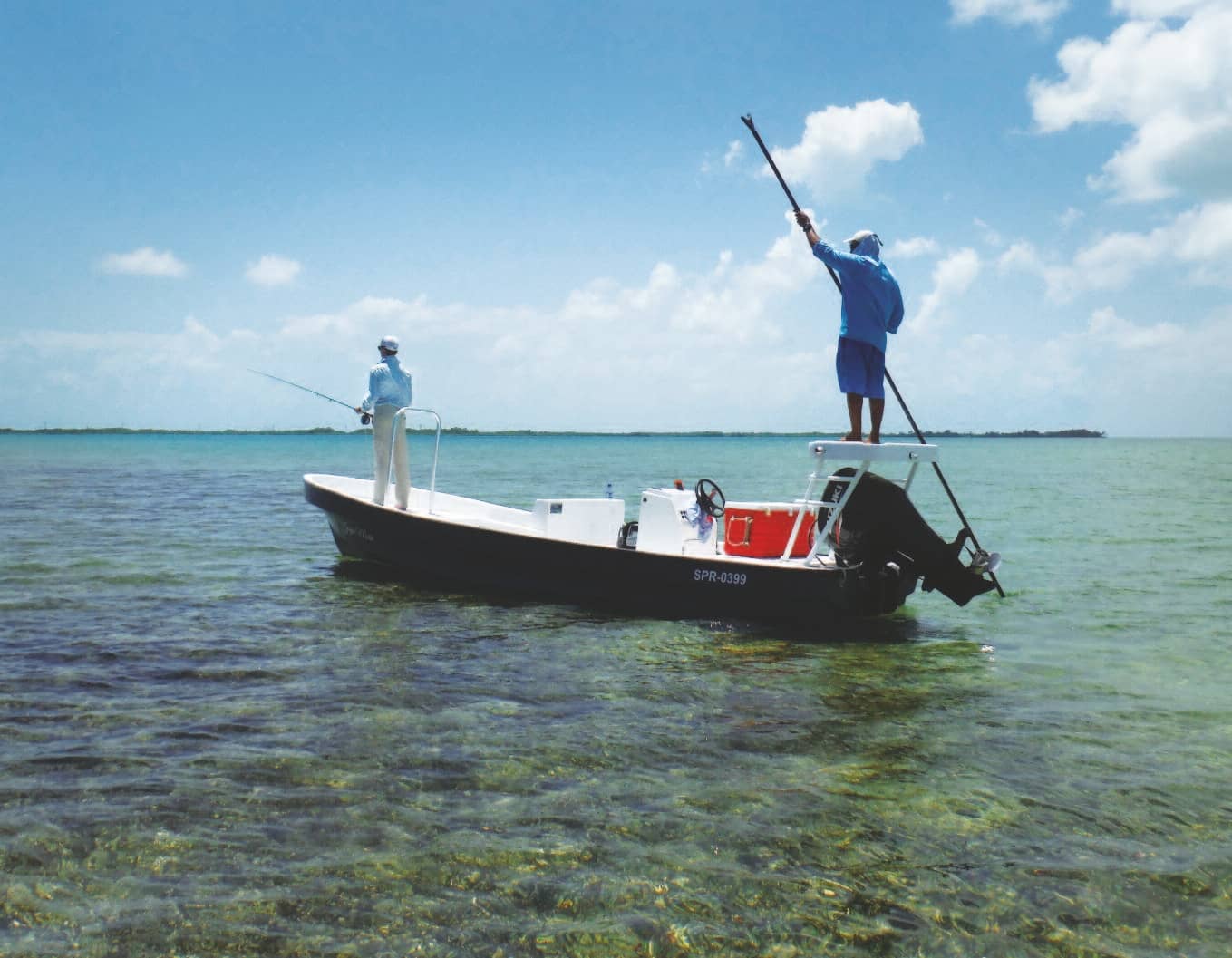 From hurricanes and earthquakes, to gunrunners, clapped-out bicycles and dodgy houses, Grant Dryden and son visit the Gulf of Mexico in search of some silver kings and sickle tails.

I was going to be doing some work in the USA late in August and Caleb (my son and fishing partner) was coming too, so we planned to tag on a trip to the Gulf of Mexico to fish its legendary tropical waters. Based on our budget and preference for sight-fishing to permit and smaller tarpon, we decided to stay in San Pedro, situated on Ambergris Caye in Belize, with the enormous added bonus of English being the official language. After extensive preparations and tying hundreds of flies, we were all set to go when hurricane Harvey hit Houston, causing extensive flooding. Our six-hour connection soon became a 36-hour vigil with rerouting via LA through Mexico on an “Amazing Race” experience, involving every imaginable form of transport. 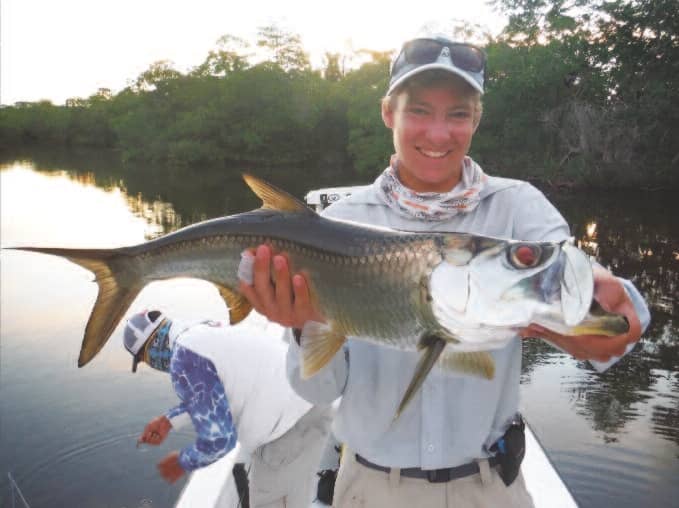 NO SHOES NO PROBLEM

The locals in San Pedro are wonderfully relaxed people and although it’s a busy tourist destination with fishing and diving on the Barrier Reef being phenomenal, it also has a great flats fishery. We had only booked three days of guided boat fishing with Belize Fly, so we opted for the best days in the week ahead.

Our first day saw us setting out to explore on our own – a wild goose chase which had us walking 8km along the beachfront trying to find wadeable flats. This resulted in a few barracuda and some jacks, with lots of flies going missing. Fortunately, a friendly local gave us a ride back in his golf cart, the standard means of transport on the island.