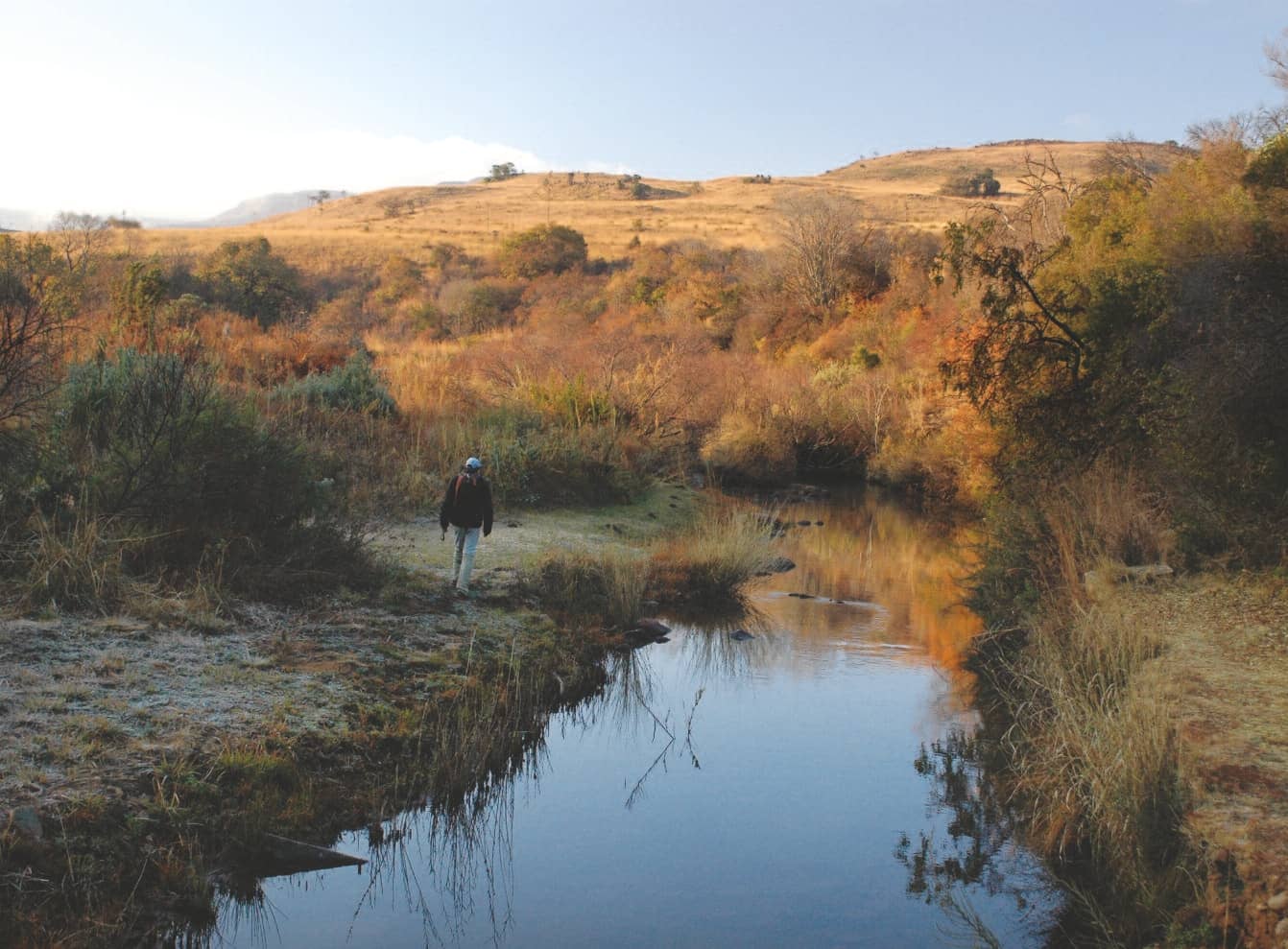 Mpumalanga’s Sterkspruit has a reputation for trophy fish. TCFF investigates the rumours.

Only 7km outside the bustling town of Lydenburg, lies an untouched world in a valley which boasts one of the most beautiful rivers in Mpumalanga. The Sterkspruit River meanders its way through the valley, originating from the top sections of the catchment area in the Sterkspruit Nature Reserve bordering the well-known Marabou Trout Lodge. On assignment, this was to be our home for a few days and we were really looking forward to the experience. A two-and-a-half hour drive from Johannesburg saw us passing through Dullstroom and roughly 50km later we arrived in Lydenburg. The quick drive out of town put us at the Marabou Trout Lodge turnoff, and we were in awe of the towering mountains and glimpses of the river and fish eagles gliding in the thermals… aah, we were back in trout country! 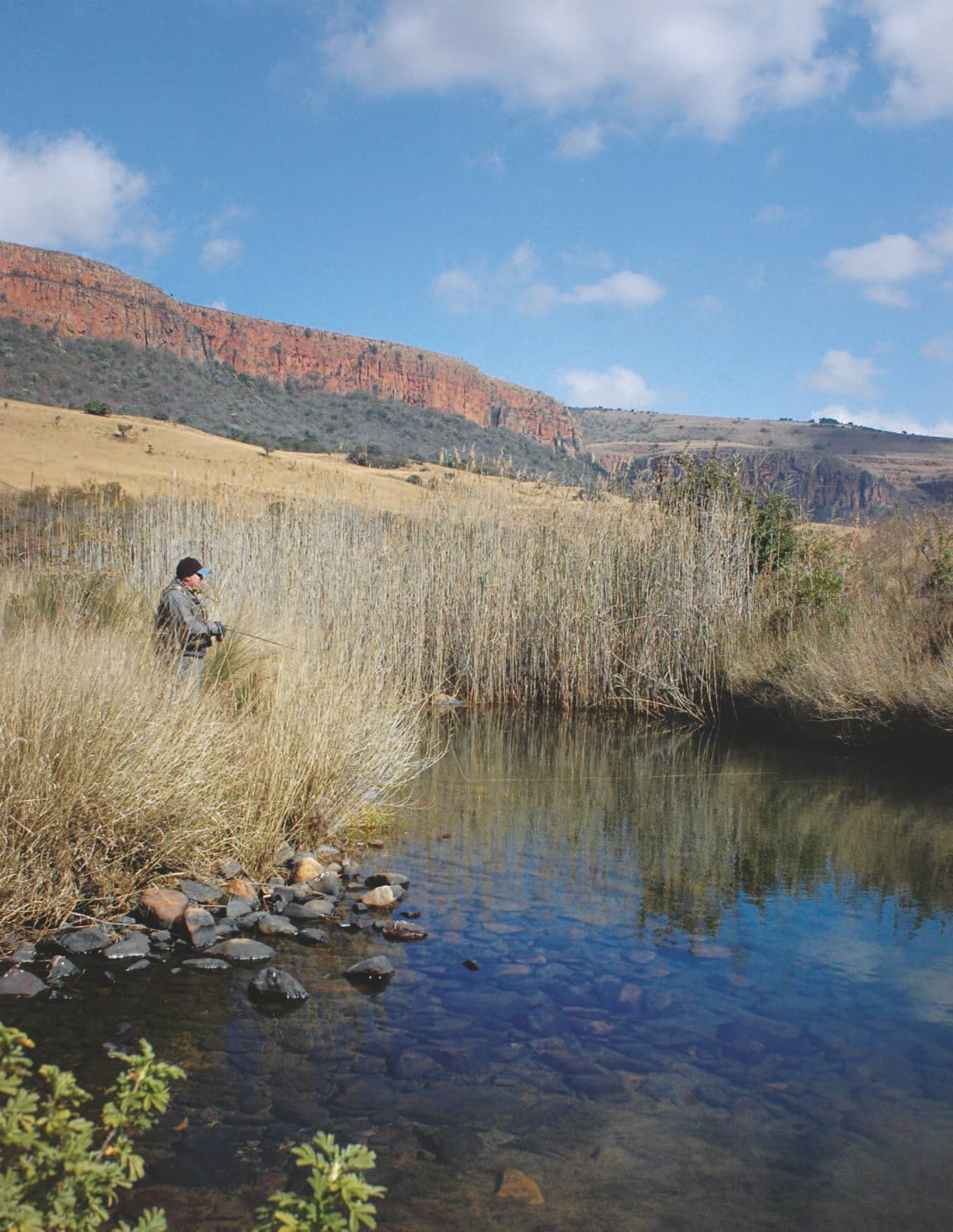 Marabou Lodge boasts ±2.5km of the Sterkspruit River, which is one of the strongest-flowing perennial rivers on the escarpment. Natural pools and weirs on this freestone-type river offer trout fishing to naturally spawned rainbows, which are supplemented from time to time by fish from the farm’s own hatchery. This means that there is always a chance of hooking a trophy, and to date the biggest fish caught was just shy of 10lb. Looking through catch records confirmed that many other notable fish ranging between 6lb and 9lb have been taken in the river. As is the norm for rivers in most parts of our country, water levels drop during winter and the Sterkspruit was flowing at 40% of its normal rate during our stay. This, however, still provided plenty of flow – it’s not called the Sterkspruit for nothing. 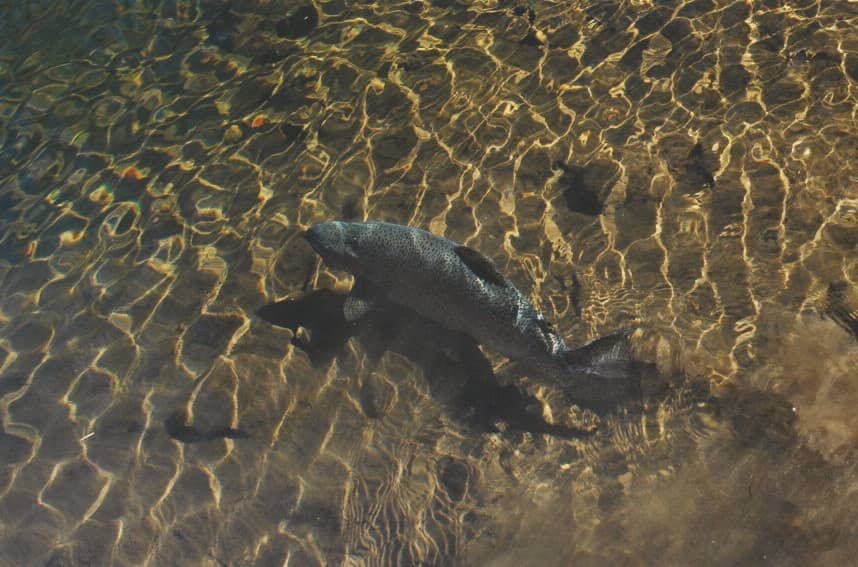 Walking along the banks, we were amazed by the clarity of the water and seeing a fish spook in some shallow water had us rethinking our tactics and switching to super-stealth mode. We came across a beautiful deep pool that tapered to a shallow tail-out and spotted two decent-sized fish holding exactly where any river trout should be. I was lucky enough to be the first to have a shot at them and as the small beaded nymph dropped below the surface, the fish’s body language changed as it sped up to engulf the fly. A couple of casts later, my fishing partner Corrie was also rewarded with a good fish. We took numerous fish from pools as we meandered upriver, including some wild fish, and even my esteemed better half managed to bag a fine brace of rainbows.