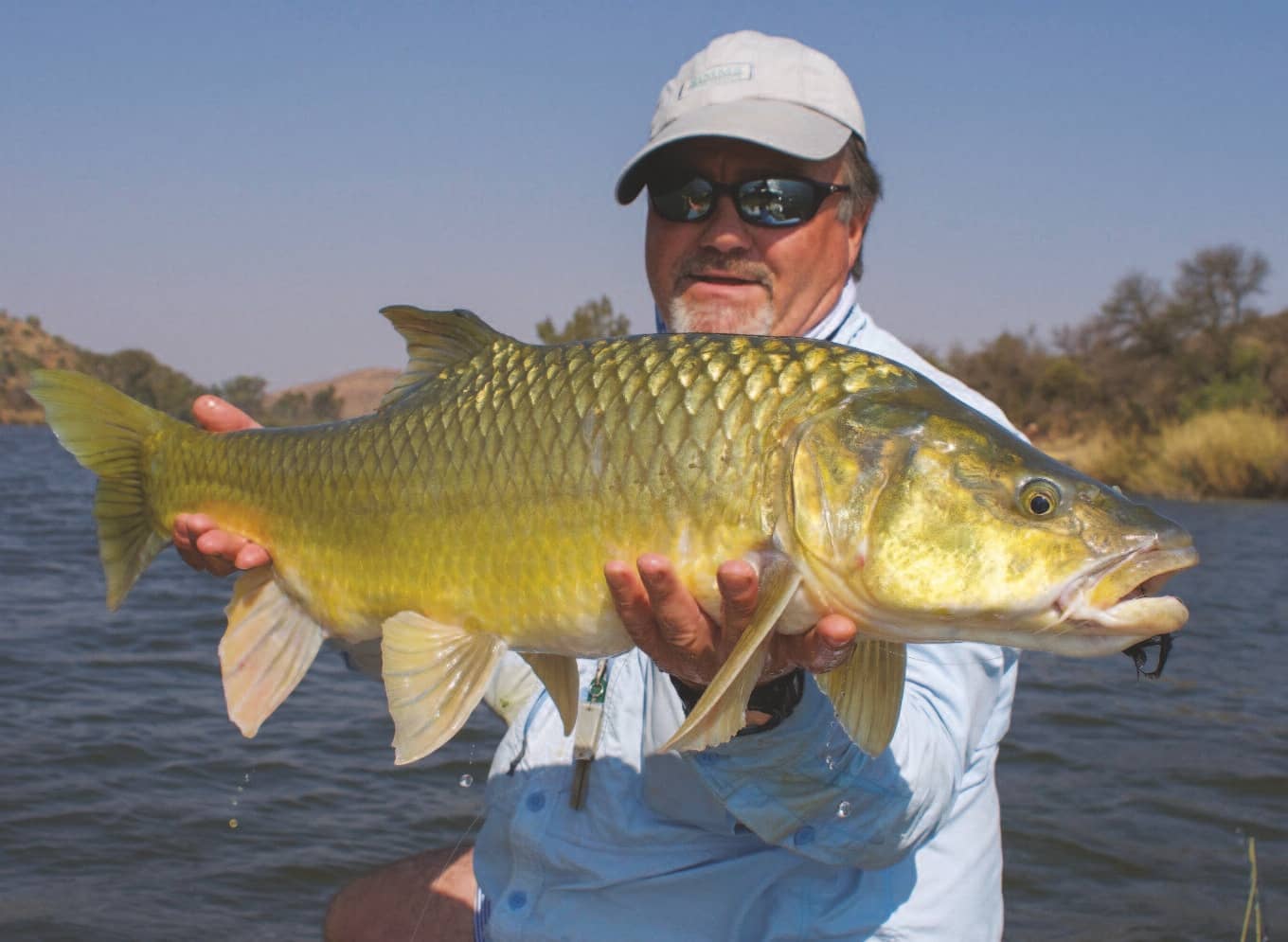 For most anglers, our most iconic and sought-after indigenous species, the largemouth yellowfish, is both mysterious and elusive. In Part II of the series, TCFF Editor PJ JacoBS tracks Marius Rousseau’s path to his success with the species.

I first met Marius Rousseau in the late Eighties/early Nineties; the exact timing escapes me for it was such a long time ago. Pete Immelman, Wayne Haselau and I were at Sodwana Bay hoping to catch some tropical game fish on fly, something almost unheard of in those days. We had to get up very early to try to beat the ski-boat crowd that churned up the bay early morning – the best time for casting to fish close inshore. Comments such as, “There are no trout in the sea, " . % 2,” and other snide remarks were common and followed us around wherever we dared put a fly in the water, but served as no deterrent. Quite the contrary, we were dead set on proving that fly rods were indeed effective in the salt, although our knowledge and experience was limited at the time.

Unknown as salt water fly fishing was in those days, we were not the only fly fishermen plying our trade on that particular trip. Much to our delight and surprise, we met up with a bloke who had just managed to land a beautiful largemouth queenfish of around 20lb (if memory serves correctly). This no doubt silenced some of the disbelievers, as did a nice oxeye tarpon of around 15lb, which I was lucky enough to hook and fight in front of a rather large crowd that had gathered in the bay. The crowd was excited and even started clapping in applause as the fish was beached, many having probably put odds against me landing the fish. I was thrilled, but secretly knew that Marius Rousseau’s queenfish was much more of an achievement.

To my regret I never managed to fish with Marius after that. I have spoken to him a few times over the years, always on fishing-related issues, but before you know it almost three decades have slipped away and we still have to do a trip together. However, regular word and whispers in the grapevine over the years kept me in contact so to speak, for notwithstanding being a quiet and unassuming guy, his fishing conquests had quite a few tongues wagging. In particular, his successes with largemouth yellowfish at a time when the fish was considered almost impossible to take on fly have made him a legend among his peers. His approach and techniques have helped many aspiring largemouth aficionados realise their dream of catching one of these magnificent fish, and inspired confidence that it could be done with regularity. A fly fisherman of considerable talent, both in fresh and salt water, largemouth yellows have become a bit of a trademark for Marius and whenever achievements with this elusive and mystical species are discussed, his name is sure to pop up sooner rather than later.

TCFF: What, in your opinion, makes largemouth yellowfish a sublime species to target on fly?

MR: Largemouth yellowfish is the iconic fish to target on fly in South Africa. It is indigenous, stunningly beautiful, mysterious, elusive and it grows to a huge size. I’ve been fortunate to catch a great number of species in both fresh and salt water, but largemouth yellows will always be one of my absolute favourite fish on fly. I have fished for them extensively in the Vaal River as well as stillwaters like Vanderkloof and Taung Dam, but I have only fished the Orange on one occasion, which is regrettable. This article will focus mainly on my experiences on the Vaal. I fell in love with this species when I was still fishing artlure competitively in the early Eighties. Fly fishing first became a part of my artlure arsenal and I eventually decided to fish mostly with the long rod as I found it the most productive and enjoyable means to target yellows and other species. I also started targeting largemouths more frequently, although I still enjoy catching smallmouth yellows on dries and streamers.