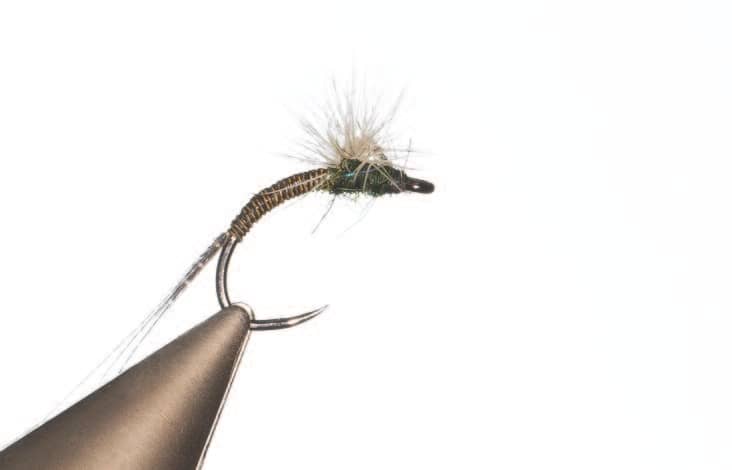 Contributor ARNO LAUBSCHER discusses the hackle stacker technique with reference to its application in creating a specific stage of an insect’s emergence.

In the previous issue of TCFF we looked at the hackle stacker technique and how it is tied. In this article, I would like to elaborate a little more on the application of the technique, how it can be used in various imitations, and, more specifically, how it can be used in imitating various stages of the emerging process. I will concentrate on and refer predominantly to mayflies.

One can tie it in different sizes to imitate the various stages of wings emerging from the wing case by using increasingly larger hackles;

The fly will sit higher in the surface film with larger hackle;