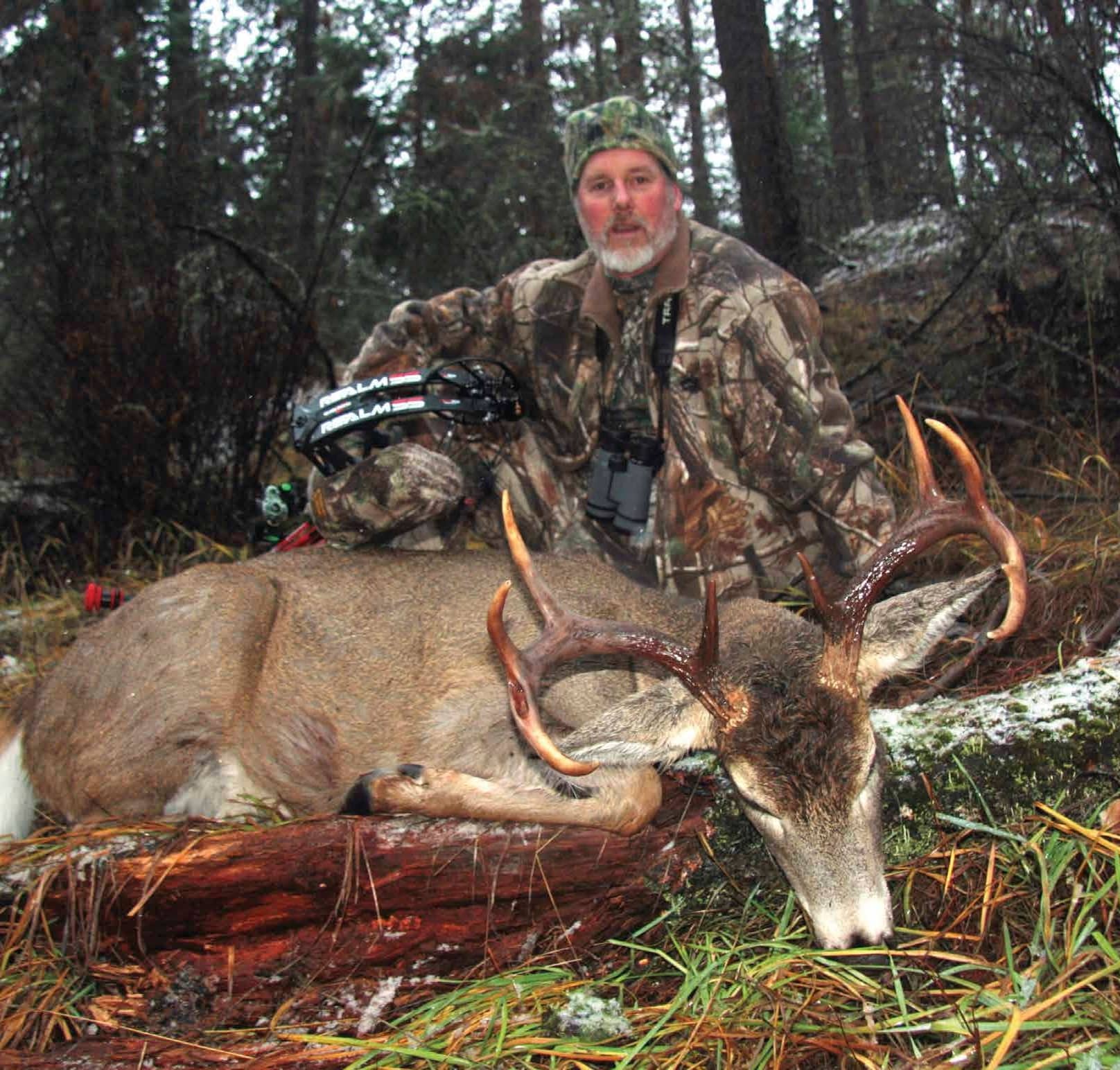 A Season, Start to Finish

Doing it the hard way comes with myriad frustrations that only make success all the sweeter. Last year’s Idaho whitetail season might best be characterized by the old axiom: “Being in the wrong place at the wrong time.” Repeatedly.

With generous deer hunting opportunity, including 32 days of archery-only season (only the first week of which I actually take advantage while seeking velvet antlers, concentrating on elk the remainder of September) and another 52 days of general season (Idaho does love its rifle hunters) it would seem tagging a white-tailed buck in the Gem State is a given. It might if I were hunting meat instead of meat and antlers (mature bucks eat just fine) and if I ditched the bow with the arrival of rifle season (which most hunters do locally, even self-professed bowhunters), and especially if I wasn’t talking about the challenging mountainous big woods of northern Idaho. Toss mountain lions and wolves into the mix, and all that rifle hunting, which keeps our deer tightly wound, bowhunting is obviously problematic.

Please don’t misread my intensions. I’m setting the scene, not knocking rifles in any way. I’m about as passionate about shooting small varmints and predators with rifles as it’s possible to be. I even wrote a book on the subject (The Predator and Varmint Hunter’s Handbook, Krause Publications, 2018). I simply enjoy the extra effort, intimacy with the game and the shooting-practice relaxation that comes with bowhunting. And, odd as this might begin to seem as this tale develops, I’m not a trophy hunter in the strictest sense. It’s just that shooting a smaller/younger animal early in the game ends all the fun. Targeting a few “trophy” animals keeps me engaged and in the game longer. Bowhunting lends extra challenge and also leaves me with something to be prouder of when success is occasionally realized.

Festivities kick off in July, deploying trail cameras and checking them weekly. Buck-to-doe ratios in any area allowing wide-open rifle hunting through the heart of the rut are generally heavily weighted to the latter. Northern mountain habitats naturally relinquish lower deer densities due to winter extremes. While habitat is seemingly limitless, deer tend to congregate in pockets with lots of dead space between. Any degree of success enjoyed I directly attribute to trail cameras. I own maybe 30 working units, with most of them used at any given time from July through season’s end – many stranded until spring thaw by sudden winter snows.

The more distant ground would be my primary battlefield early on. My hopes and dreams revolved around two old bucks: “Stickers,” a heavy, narrow and tall 10point (main-frame) with subtle sticker points and tine forks; and “6-6,” a 12 point. Best guess put green scores at 155 and 145, respectively. Both were at least six to seven years old – age as much a trophy for me as score. 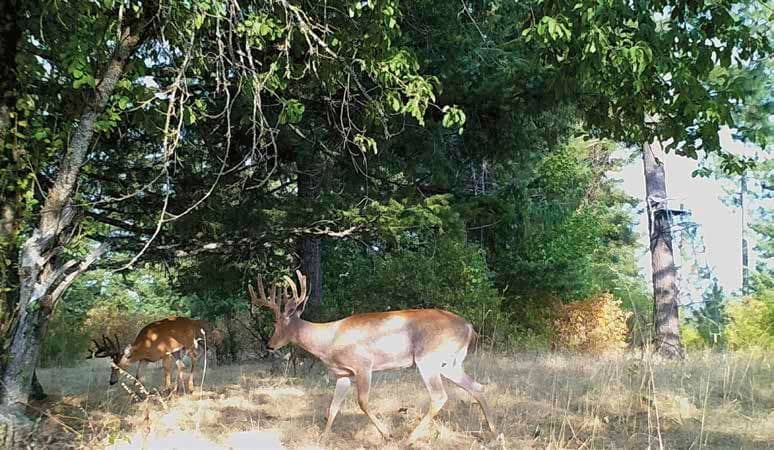 Early-season success is all about prevailing winds. A couple of my key stands, including my best apple-tree site, can only be occupied on eastwardly winds, a rare commodity early, more common late. My target bucks were showing from 8:30 to 9:30. I became obsessed with ScoutLook Weather, clicking through daily forecasts hour to hour, looking for beneficial “scent cones” around key stands.