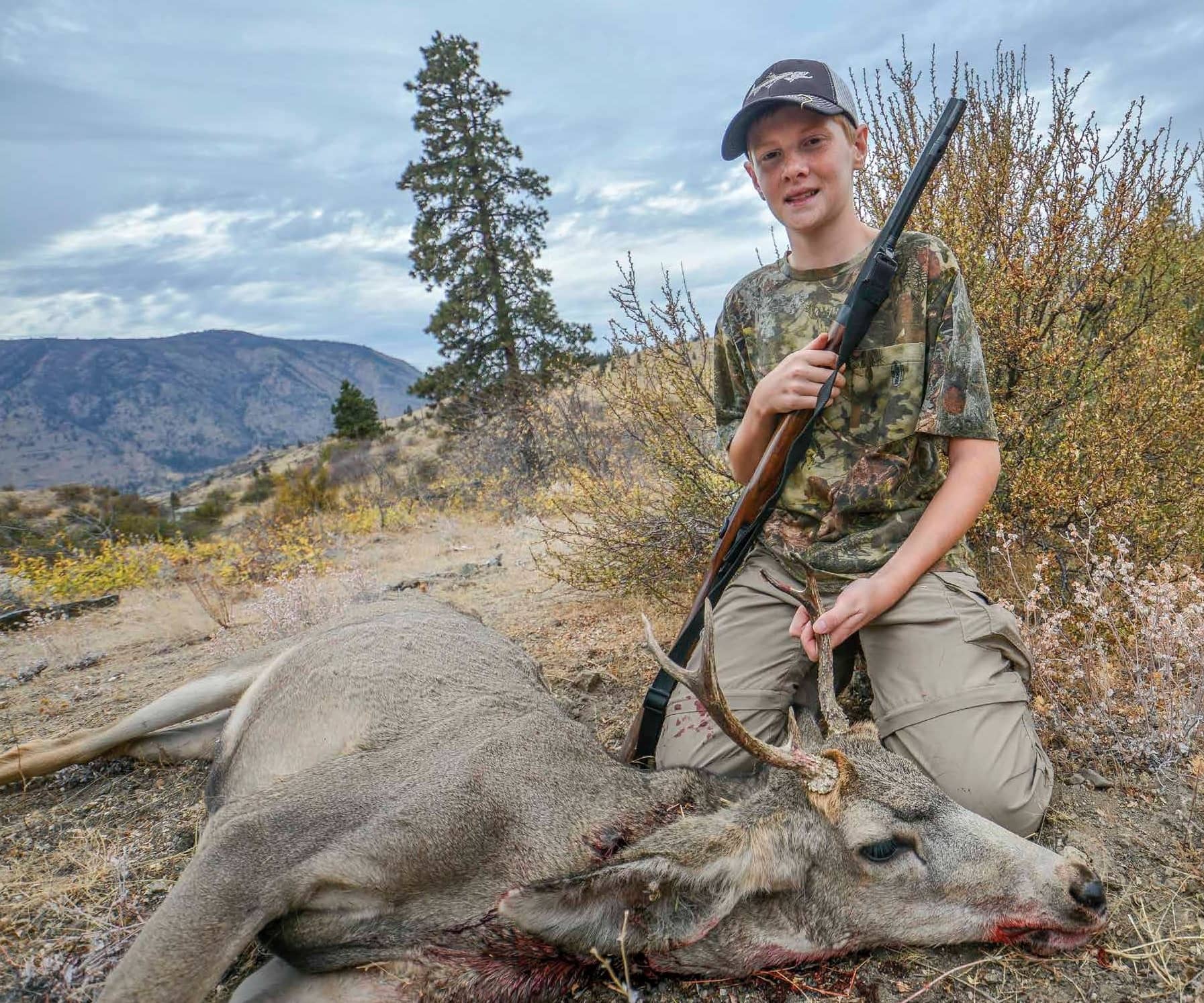 Two bucks were bedded below the ridgeline and surrounded by several does. The rut was still a few weeks away and these deer were “resident” mule deer, those that don’t migrate but live in the foothills all year long. A small 2x3 buck stood up and started feeding, but the larger 3x3 stayed bedded as the morning sun started to heat up the hillside. My hunting buddy had first spotted the deer as we peeked over a large basalt outcropping that overlooked a deep draw. The deer had fed up the hill during the night, and now that the morning sun was shining it wouldn’t take them long to move back down into the safety and cooler shade the draw offered.

A simple plan was put in place. Chad, who spotted the deer, would stay at the rock pile. My sons Adam and Ryan and I would backtrack our steps to the far side of the hill behind the bedded deer. Using the terrain, we would need to sneak into muzzleloader distance, which is not easy to do in an open country with a group of mule deer bedded on a ridgeline.

Adam decided to give muzzleloading a try after his younger brother Ryan shot a doe the year before with the in-line rifle I have. Both boys enjoyed pouring the powder and then pushing the bullet down the long barrel. The musket cap’s pop and then the push and boom of the rifle made for a fun day at the range. Ryan didn’t want to take the “easy” way of using the inline that afforded him his doe the year before, so he pulled out my old side-hammer style .50-caliber Lyman Deerstalker. Several years ago, he was with me when I shot a blacktail doe with this rifle, and since then he always liked the nostalgia of the side hammer. A day spent at the range before our hunt proved to the boys that they needed to hold a muzzleloader steady, but it gave Ryan the false sense of a consistent ignition. They shot the rifles during a hot and dry afternoon, but during the morning of the hunt the dew point had dropped, and it was colder at first light than the mid-morning, a recipe leading to some moisture in the nipple of the rifle.

Even with in-line ignition systems and powders that are not traditional black powder, muzzleloaders are not always reliable. They have become extremely accurate as Adam would later prove. It was a day of two brothers, and like most brothers, they are very different in personalities and even how they hunt. Adam liked the idea of the challenge, but it was the early mule deer season that tempted him as it would not conflict with school or sports. His rifle was a modern in-line loaded with Pyrodex propellant pushing a lighter bullet in a sabot; all of the benefits of modern technology for a nostalgic way to hunt. Ryan wanted the challenge of a traditional style rifle and open sights. I was able to talk him into using the same powder so we could keep consistency at the range and our kit would be universal for each rifle with the exception of the caps and the bullet Ryan chose, the 348-grain PowerBelt. 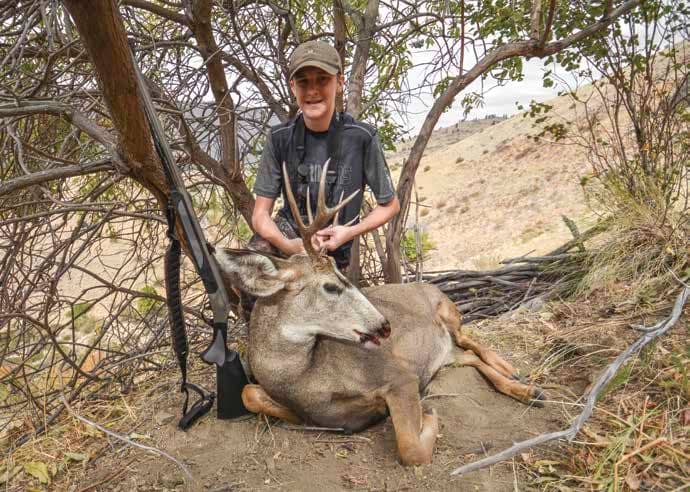