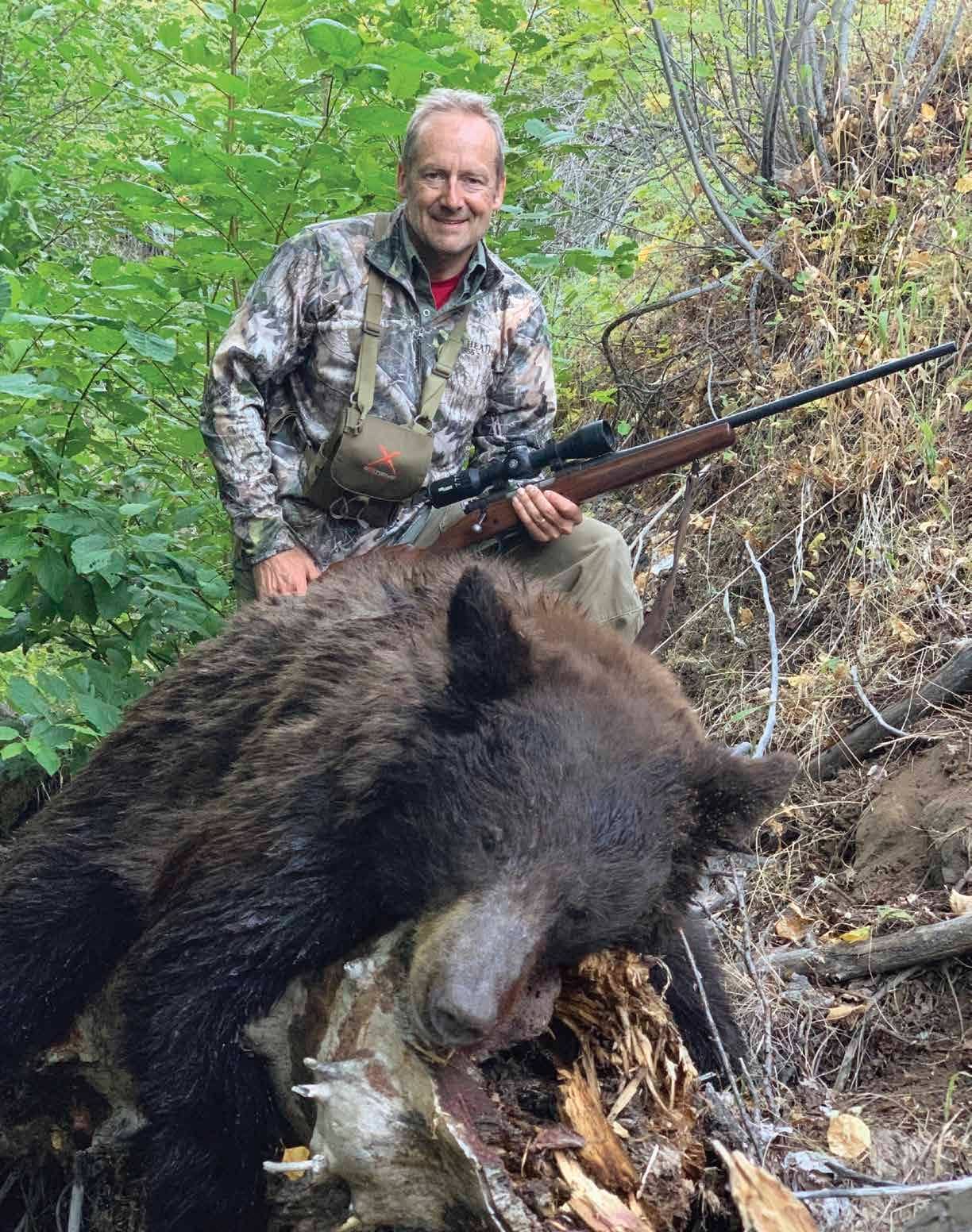 Into a Dark Canyon

Lucas Simpson wasn’t looking me in the eyes when he said it will be an easy hunt. “Remember where we saw the mountain goat?” he asked. That was my second clue. On the second day we had stopped at a wide spot in the road and looked across the creek at Sheep Mountain. We hoped to see a bear, but what we saw was a mountain goat. Sam Pyke spotted it with his scope dialed at 45x. The goat stood on an outcrop on a narrow ledge, pure white orneriness against the unforgiving granite. When it moved it was to the top of a spire, where it put all four feet beneath and balanced there where only an eagle would dare.

I guessed it was at 1,600 yards as we took turns in the spotting scope. Its needle-pointed horns swept up in black arcs. Sheep Mountain is not far from Halfway, which is not halfway at all, but almost all the way to the Snake River. Populated by 2,000 souls, Halfway is one of eastern Oregon’s best towns, with most of its residents connected someway to either farming, ranching or mining. It is edge habitat, which makes it a great place to live – and near good hunting. Sheep Mountain is 15 miles away in a small range south of the Wallowas, west of the Snake River, and for many years there have been no sheep, just a few deer, elk and black bears. 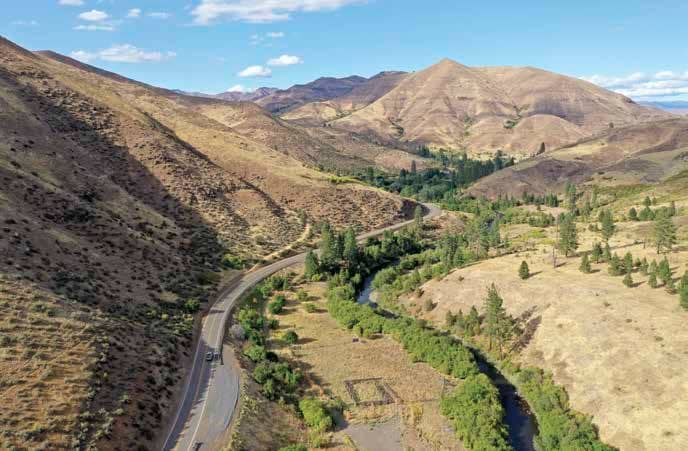 Lucas Simpson (cornucopialodge. com) guides for Pine Valley Outfitters. At 39, he trains like a mixed martial arts fighter, which makes him a patient hunter, but he can move with explosive quickness if he wants – like the black bear.

This hunt was supposed to be easy. Indian plums, Italian plums, hawthorn berry, huckleberry, blackberry and chokecherry would all be in season. Late August and early September, we thought, was a great time to find bears where fruit is plentiful. In fact, we found all of these favorite foods in one little canyon, and although it appeared a bear was in the area, we could not find it in the open. On the first evening we waited and watched a small opening. On the second morning, Simpson walked the creek bottom with the hope a bear would walk out ahead of him and through our little opening. It was not to be. 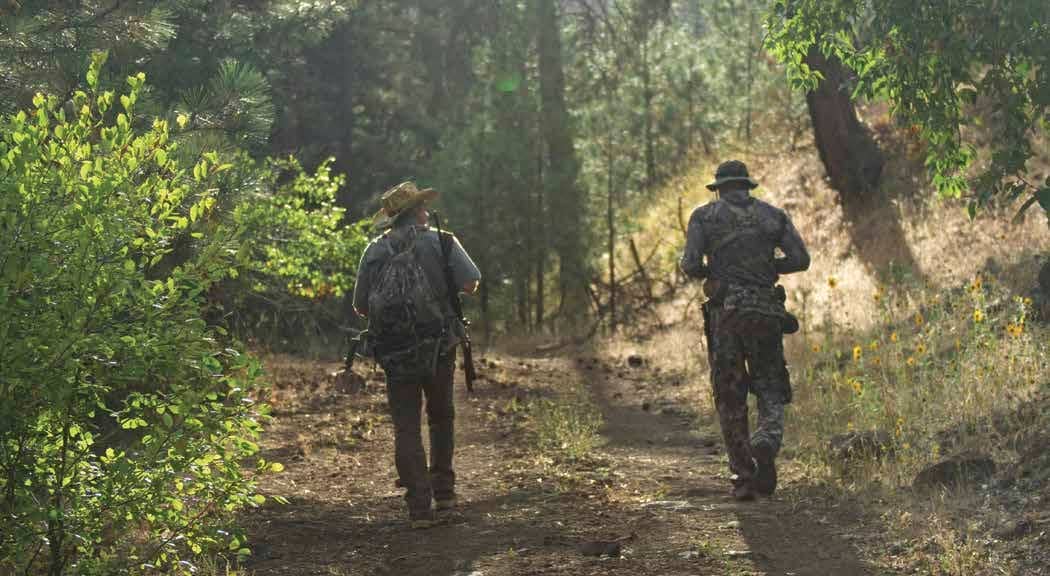 Up in a meadow where a homesteader had planted two different varieties of apples, I set a Fox Pro call up to try to draw a bear or a lion out into the clearing. Fifteen minutes into the set, a bear huffed at the edge of the trees, but it would not show itself. On the other side of the meadow, another critter set a squirrel into a fit of scolding. Some large animal coughed, but again did not emerge from the brush line. We walked out in the dark, nibbling on Indian plums.