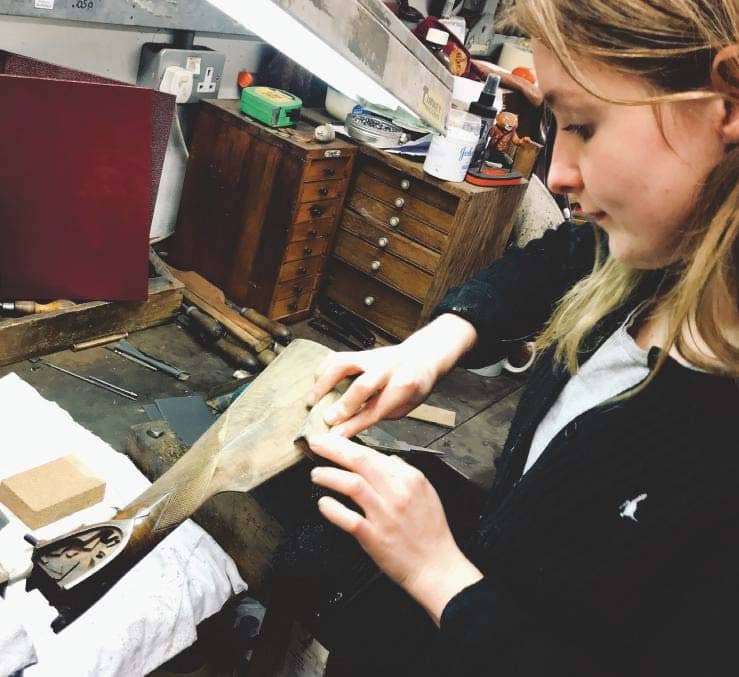 Rachel Draper talks about her love of English guns, gunmaking and how lucky she feels to be involved with these things on a daily basis

It is a fair bet that somebody who was brought up in the countryside would be interested in guns. This is certainly true of Rachel Draper. Her path less travelled was eschewing university, despite academic achievement, to pursue this love of guns, although unrequited at the time.

So, Rachel started work instead. Her first job was at Orvis, the country clothing retailer, but her career path changed significantly when her father encouraged her to apply for a job at William Evans in St James’s, London, a long-standing figure in the London Gun Trade, established in 1883.

It was not the first time her father, Simon, a livestock auctioneer, had been an instrumental influence on Rachel’s shooting life and now career.

Rachel had accompanied her father, a keen shooter, on game days regularly as a child. She was charged with looking after the family gundog, a rather portly black lab called Poppy. It did not always go to plan.

“She was the nicest dog you could meet, but… she would retrieve one bird and then look at me as if to say, ‘you go and get it’. She even started picking up other Gun’s birds from their pegs as it was less far to walk.”

Not a talent that endears a gundog or handler to the other members of the shoot, which Rachel describes as being “very traditional. It was an old-school shoot; all men. I grew up thinking ‘it’s a man’s sport’.”

But it did leave an impression. Rachel said she remembers fondly the elevenses, the hospitality and the socialising, meeting lots of interesting people, one of the aspects of the sport that she still enjoys today.

MORE STORIES FROM SPORTING GUNView All