The fair and the foul 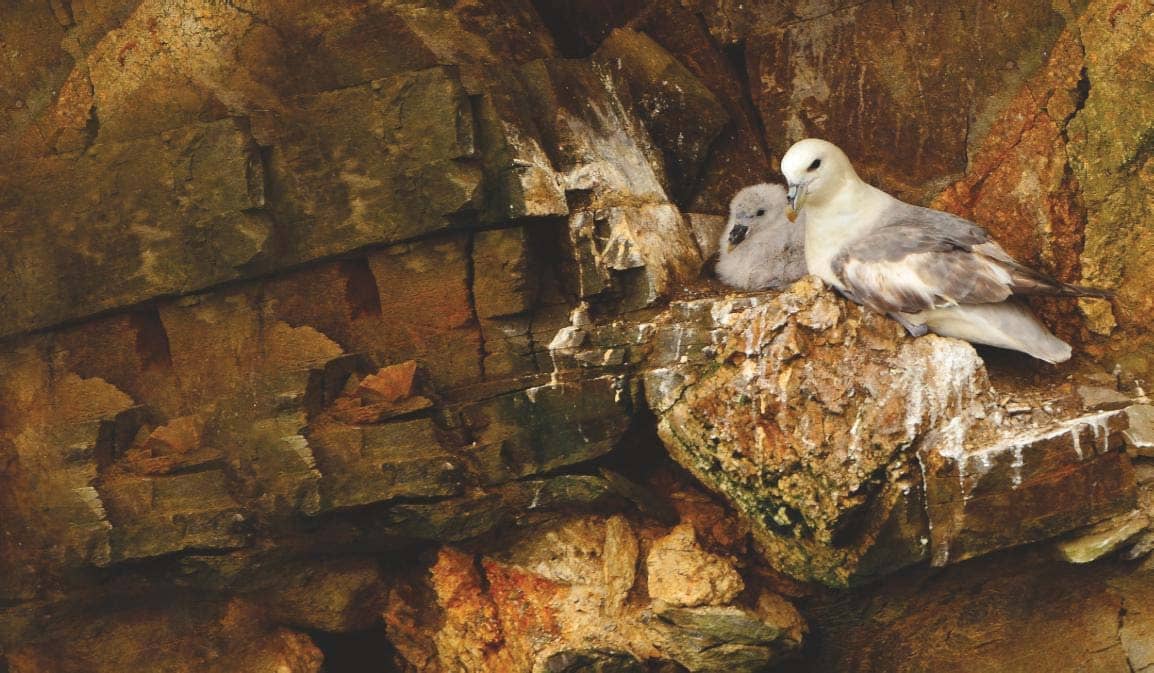 Growing up as I did about as far from the sea as one can get in this country, my knowledge of seabirds was limited to rather large ones like the herring and black-backed gulls that came inland to raid the lambing fields every spring. I did, however, spend some time pouring over books (there was no internet then), which gave me an insight into just what there was to be seen at the coast. When the day came, many years later, and I was bobbing around trying to catch some fish at sea, and a bird landed in the water close to us, I knew instantly I was looking at a fulmar.

They are an almost kind-looking seabird, not large – up to 18 inches or so – and weighing in at just over a couple of pounds, with a noticeable large bill, stocky forequarters, and, in flight, stiff wings typical of the petrel family. That stubby bill gives them the name of ‘tubenose’ and the upper part is divided into numerous sections as nasal passages into the skull. It also contains a salt gland above those passages to enable it to desalinate itself due to the amount of time it spends in the open ocean, where it must get rid of excess salt taken in via the water.