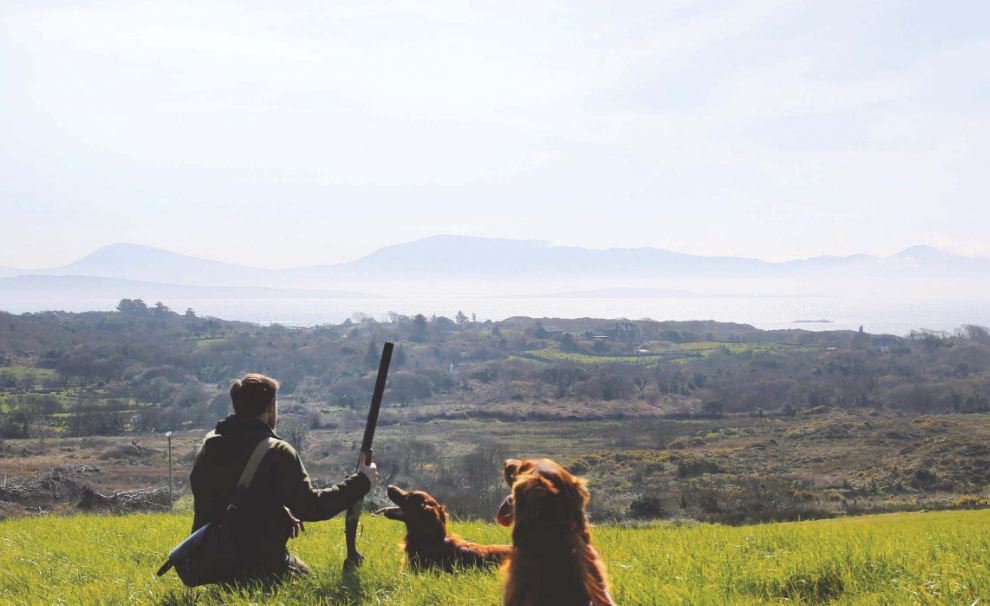 As the coronavirus crisis continues to weigh upon the population of County Kerry, the countryside offers a glorious escape for one besieged shooter and his setters

Giving out — or, as it’s more commonly known on the other side of the Irish Sea, complaining — is a widely practised and hugely popular pastime in rural Ireland. This may, ironically, be one of the reasons why the people who populate it are some of the happiest whom it’s been my good fortune to rub shoulders with. Our grievances, be they about the weather, the neighbours, the internet speed or the bus service, are rarely left to simmer and are generally given a loud platform at the earliest possible opportunity.

The recent global upheaval changed all of this. With the arrival of the coronavirus, all griping abruptly ceased. We began counting our lucky stars that public transport was something that mostly occurred in other places and self-isolation was more or less a way of life for many of us here on the outskirts. As social distancing entered the lexicon, pubs and restaurants gearing up for the season were closed and St Patrick’s Day came and went in stunned silence.

It became impossible to ignore the onslaught of apocalyptic media. Newsfeeds were crammed with endless morbid updates and ceaseless interviews with whichever epidemiologists weren’t already being interrogated by someone else. The days wore on without respite and, though I tried hard to curtail my interaction with the media, I could feel my blood pressure rising.

My wife, visiting family in Australia, had become stranded on the other side of the globe so I found myself without any moderating influence, almost compulsively checking the news. Like so many others, I began to feel my state of mind disproportionately besieged by the crisis.

One morning, waking to yet more disheartening news, I realised that I needed to leave the phone at home and get out of the house. Having heard that the queues at the local supermarkets were now visible from space, I’d decided to avoid them and as a result the pantry was looking a bit spartan.