Pining For A Solution 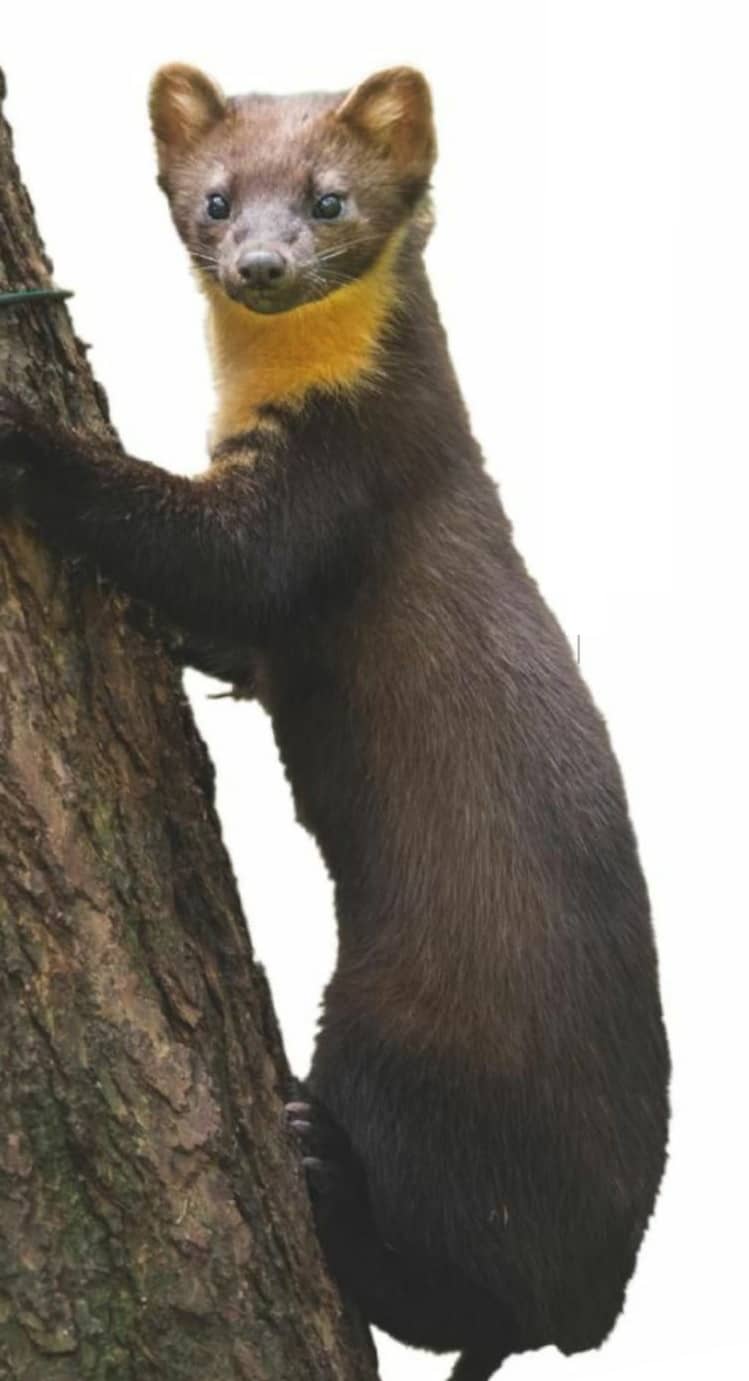 Reports suggest that grey squirrel numbers can be greatly reduced by pine martens but where is the hard evidence, asks Richard Hardy

Just after dawn on a cool crisp September morning I slipped away from our Highland bolthole and drove towards the tiny ribbon of river that fills the tear between rock and heather, rushing to snatch a few extra hours on water with rod before the long journey south.

That morning was memorable not because of monster salmon nor the fleeting sea trout but for a snatched glimpse of chocolate-coloured fur, the meeting of eye with a most secretive wild form — our worlds colliding for a handful of seconds that even 10 years hence seems like an hour. I headed back to raid the bookshelves of our cottage but I was already certain that the answer would be pine marten.

Pine martens didn’t impinge on my busy life from that day until Christmas 2016 when I shared an evening duck flight with a splendidly garrulous Irish aristocrat. He excitedly reported that pine martens in his part of the world were fighting a war of attrition on the local grey squirrel population with murderous efficacy. He had become a very vocal supporter of this novel biological control method.

Pine martens are strictly protected under the Wildlife and Countryside Act 1981 with an offence committed even by disturbing their dens, in addition to any act of intentional killing or injuring.

Widespread hunting reduced their nationwide spread into strongholds in central Ireland, the northwest of Scotland with additional populations though the Borders, Northumberland and Cumbria. Mysteriously, there are isolated populations in Wales, Shropshire and the New Forest. Recently, a licensed release programme had been started in the Forest of Dean with an aim to establish a self-sustaining population that can increase in range and number across suitable habitat.

'The release into the Forest of Dean was surrounded with a blizzard of publicity, all entirely positive and seemingly scripted by the rewilding cheerleaders, with little questioning by any of the journalists involved.