Jump at the chance 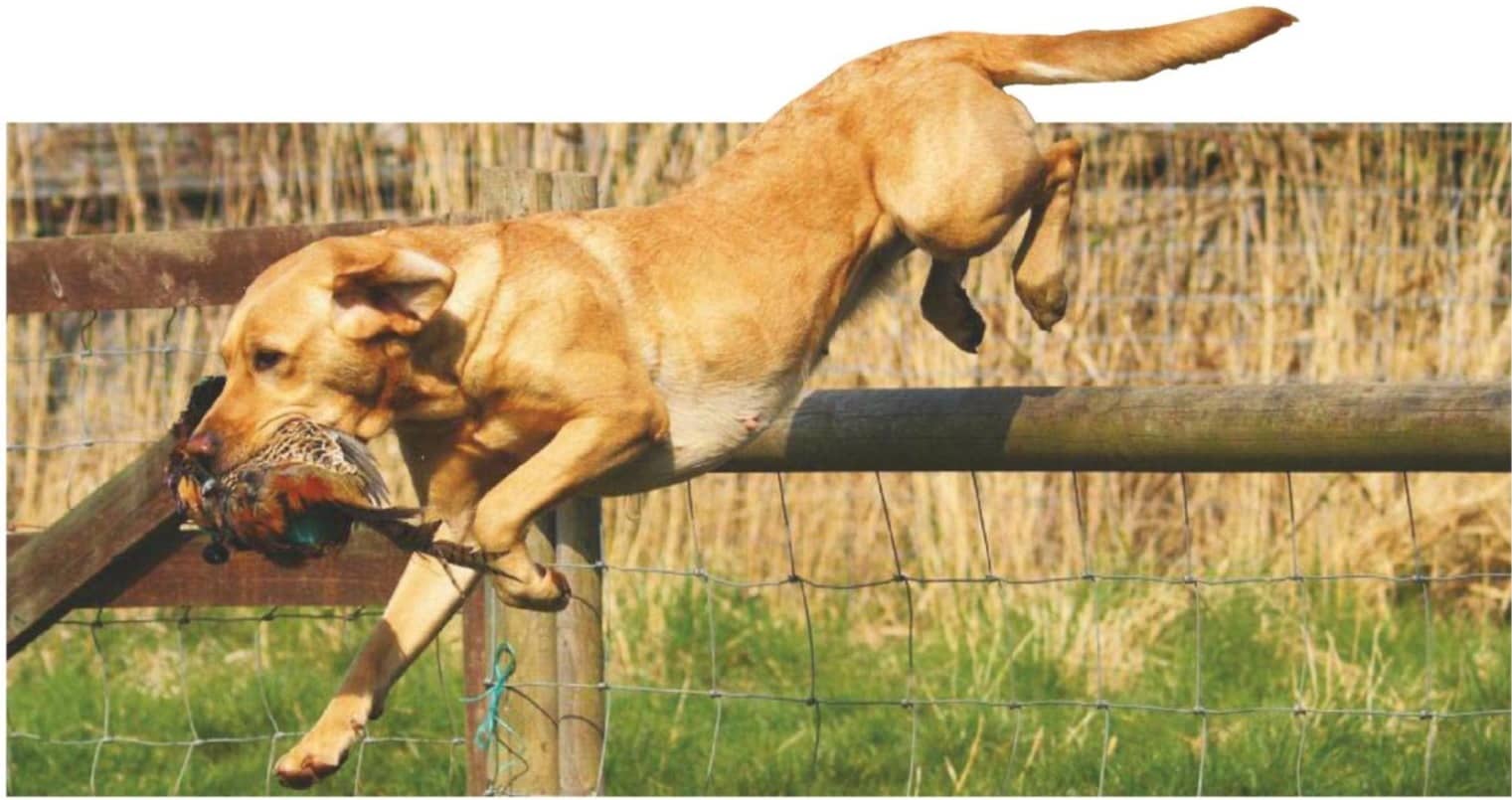 Some dogs are keener to jump than others but a cautious approach may well be the best and safest option, suggests David Tomlinson

ONE OF THE MOST impressive sights in the shooting field is seeing a labrador — or any other sort of dog for that matter — jump a five-barred gate with a cock pheasant in its mouth. Clearing a 5ft-high gate is impressive, especially for a dog carrying a 3lb pheasant. It’s a spectacle to stand back and admire, though whether you should train your own dog to do the same is debatable.

Most dogs can jump, though some are much better at it than others, while many have to be encouraged. The general recommendation is not to let dogs jump at all in their first 12 months, as landing can be jarring and can lead to serious long-term injuries. Once they are old enough, start with low obstacles no more than 2ft high.

Most young dogs will run up and down a fence looking for a way through, so it’s easiest to teach jumping in a fenced training alley where there’s no alternative route. Dogs are generally inclined to pick up bad habits from their companions, rather than learn good ones but, when it comes to jumping, an older, more experienced dog can be invaluable in giving a youngster a lead.

It’s the same principle as in the hunting field, where a young or nervous horse will be happy to follow another over a jump, but without a lead may refuse to move.