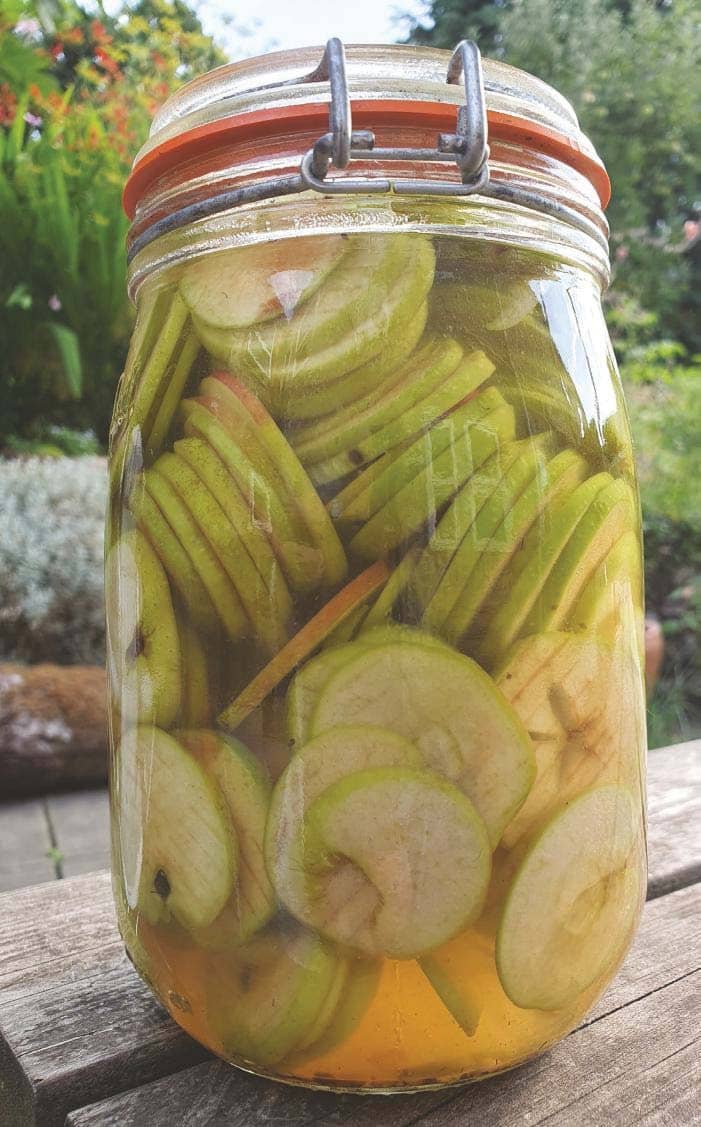 Small and sour, Malus sylvestris isn’t the most palatable of foraged finds, admits John Wright, but it’s amazing what a little added sugar can do

Crab, scrab, bitter gall, gribble, sour-grabs, scarb, scrogg.” Not the relief fire brigade team from Trumpton, but county names for the crab apple, courtesy of Geoffrey Grigson’s The Englishman’s Flora. Such a list indicates a fruit that has enjoyed a long association with man or, at least, Englishmen.

In fact, being a plant of temperate climes, it is likely to have been an early coloniser of Britain once the ice had receded, and evidence of its early use exists in the form of pip marks on Bronze Age pottery. I wonder what those ancient people would have thought of the infinitely superior russet…

With no such comparison to make, they were probably content enough with the flavour, and certainly with the enormous number of crab apples produced by a well-appointed tree — 500 easily. Corrupted as we are by our often sugary diet, crab apples are sour things indeed. They are also hard, small and with little flesh left once the tough skin, pips and ‘toenails’ are negotiated. Few people collect them and it is easy to see why.

Distinguishing the two species is not always easy. Examined through a lens, M domestica can be seen to possess fine, downy hair (pubescent) on the underside of its leaves and on its petioles (leaf stems) while M sylvestris is smooth (glabrous). The latter may also have spines.