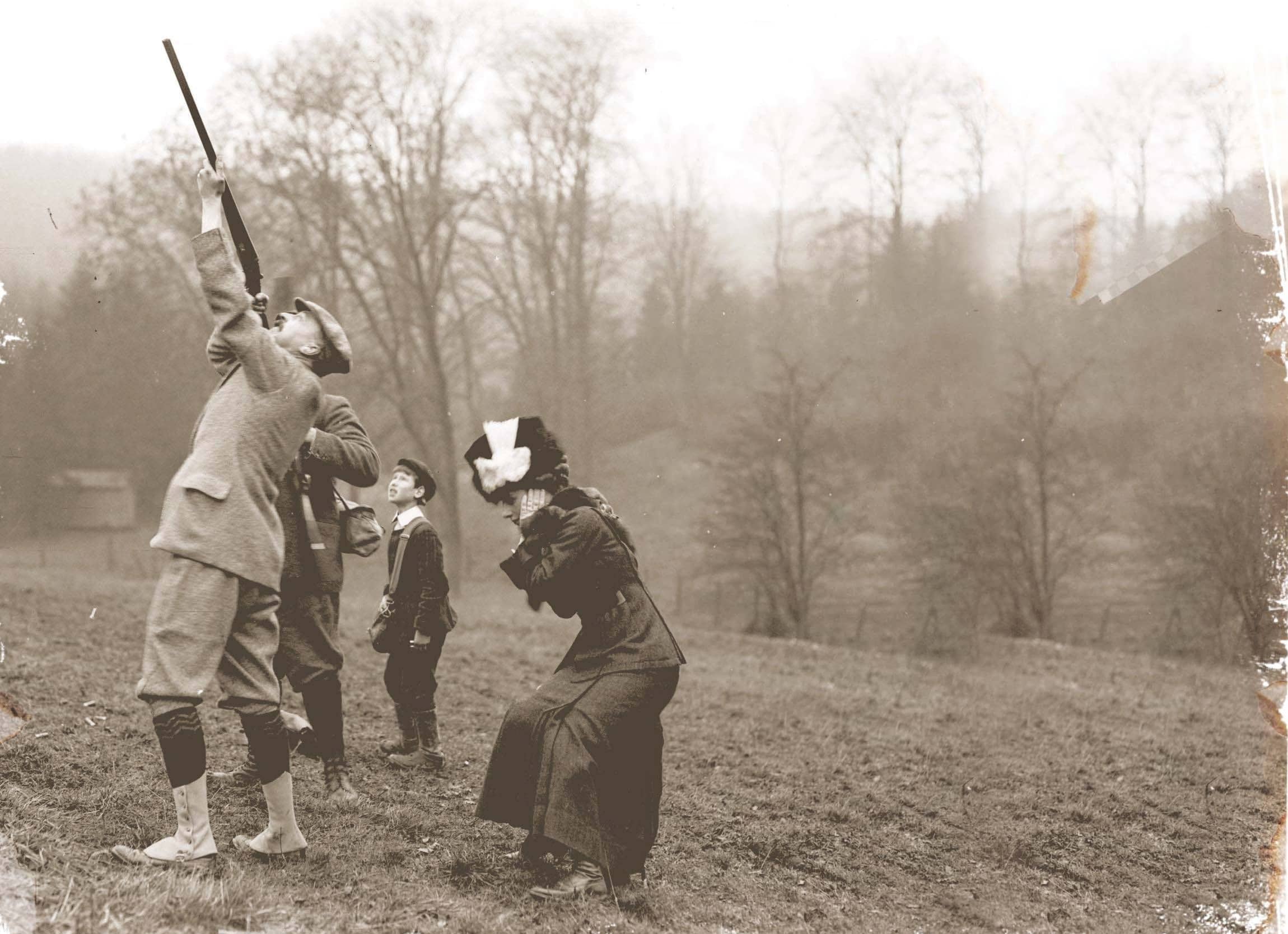 But when exactly was it? Did the Edwardians experience our sport’s finest hour or did it occur between the wars?

The wistful notion that ‘things were better back then’ is a popular, if largely foundation free, belief. Society looks fondly at the homefront of World War II, declaring it our nation’s finest hour, a time of stoic ‘Blitz’ spirit. Largely forgotten is that this same home-front saw serious crime, such as murder and rape, increase by 57%.

Shooting, too, has a rose-tinted history, the period of popular choice being the late Victorian/Edwardian era. Leaf through the browning pages of a coroneted gamebook dated 1905 and images of high society and huge bags are conjured as a time of things ‘done right’. The narrative continues with the sporting art of the period. Swan-necked ladies, bedecked in bustles and bittern-feather hats, wait like greyhounds to applaud their beau for a left-and-right. The male Guns are of the neatest order; no mud clings to their gleaming brogues or spats. Their ’taches are bold, barrels are damascus, and jackets cut like a waspish remark. They, too, are athletically slim, all bar King Edward VII, of course, who was very fat indeed, but was this really the golden time for lowland game shooting?

For the gamebird itself, the period from the late 1800s up to World War I was a good time. Shooting was seen by both the landed gentry and their nouveau riche aspirants as the height of taste and fashion. To achieve big bags not only required significant land and cash but manpower. By 1911, 25,000 gamekeepers were in employment. Their chief role was to target gamebird predators. Tenant farmers risked eviction if they threatened the welfare of game. Agriculture took such a back seat that the Land Enquiry Committee of 1913 concluded that an estimated 50% of farmland was in some way given over to game habitat. The gamebird was to the wealthy Edwardian what the sheep was to the entitled Tudor. Methods of rearing game, trialled in the time of Victoria, were perfected in her son’s reign. The labour-intensive, yet effective, Euston System of grey partridge management caused such a shootable surplus that between 4,000 to 7,000 partridges were shot on the Suffolk estate. For pheasants, wild broods abounded, their numbers added to by stock from game farms. These new ventures appeared and prospered, rearing eggs under broodies and selling chicks and poults for release. Edwardian partridges and pheasants were cosseted creatures and the men who protected them did well, too. The head keeper out-ranked the village policeman in the rural pecking order.