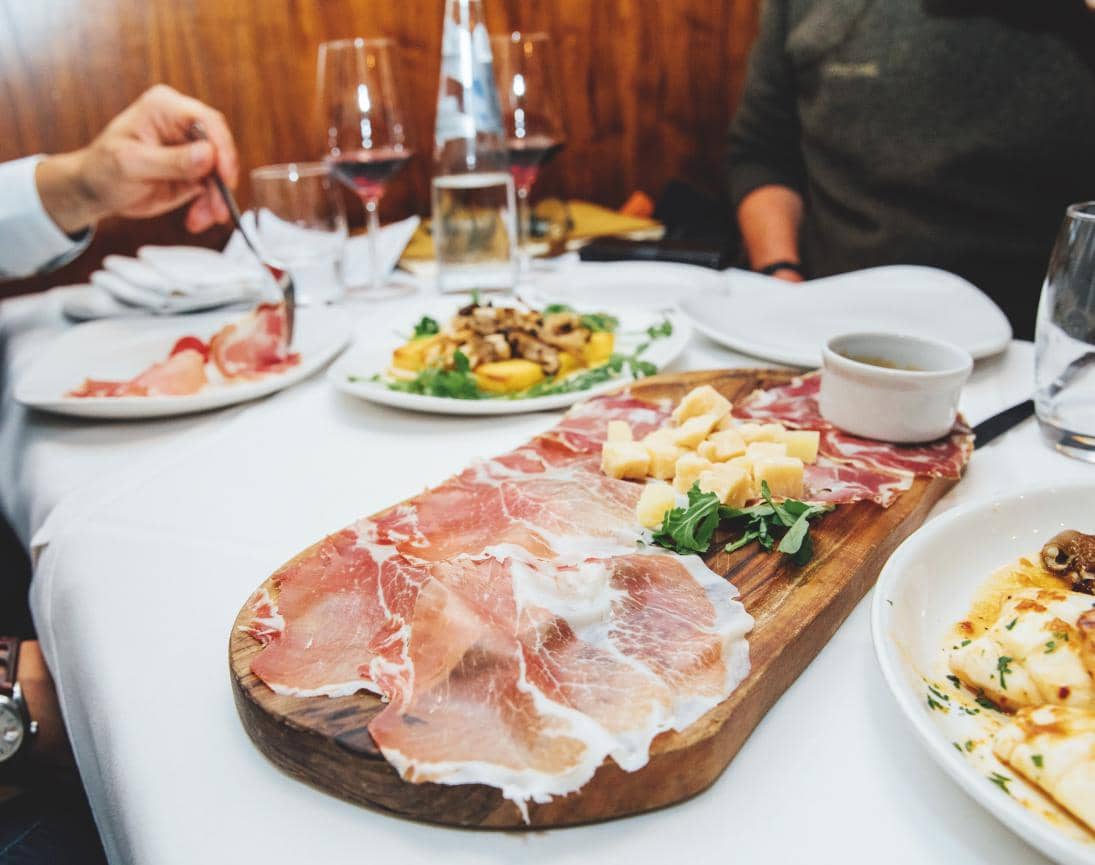 The somewhat prestigious surroundings of High Street Kensington may not be at the top of your list of likely locations for an uprising. However, if you turn left out of the tube station and scurry past the gaudy chain restaurants and endless array of luxury clothing brand emporiums, you are on your way to a revolutionary hotbed.

Stop and take a sharp left when you reach number 277. Slip between two terracotta troughs of perfectly clipped box balls and scarlet geraniums. Step under the grey awning that slants down from the original glass signage reading ‘Il Portico — founded in 1967’.

As you walk through the door your senses detect the most delicious aromas of Italy. Slow-cooked wild boar ragu mingles with garlic. The earthy tang of chestnuts unites with butter-basted partridge. Caramelising muntjac loin partners with the tartness of blackberries. Astringent capers blend with roasting rabbit.

This is the epicurian epicentre of a rebellion. A rebellion against the seemingly unstoppable juggernaut of vegan propaganda. It resists modern squeamishness and voices its dissent against mass-produced mush and shooting’s own muddle. The revolution is here, it is wild and sincere and its leader is called James.

James Chiavarini is a stalker, forager, wildfowler and game Shot. He is also a hugely witty, bright and garrulous restaurateur, the owner of Il Portico, which claims to be the oldest family-owned restaurant in London. When James’s parents came to England from northern Italy in the late 1950s, they were determined that their children would benefit from the level of education found in Britain, far removed from the scant one they had received in their rural home region.

James’s family ate what they shot, fished for, foraged or trapped. The game on their plates, the fungi on their polenta or the boar hams that slowly cured in their barn were only there thanks to their prowess as hunter-gatherers. It is this ethos of wild food, of provenance and delight in eating and serving what you forage, shoot or catch that still pervades Il Portico.

It is an ethos that James isn’t just passionate about, the Londoner is messianic: “For the past two million years hominids have been hunter-gatherers. We developed as a species to eat wild food. In the past 30 years or so a handful of people succeeded in gaining access to the media and tried to change history, claiming that we should be eating solely a plant-based diet.