A Bigger Slice Of The Pie 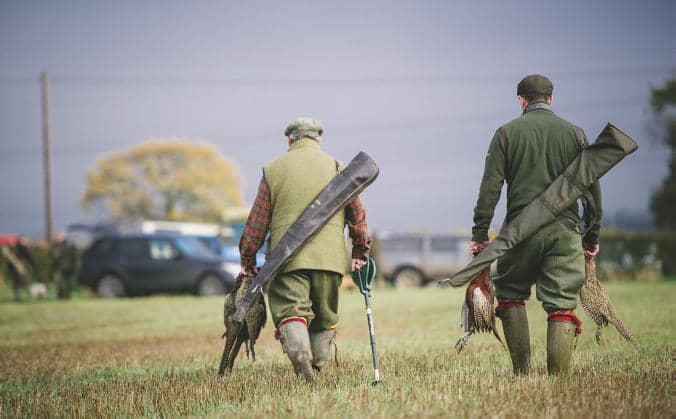 The British Game Alliance can bring much-needed unity to our sport — if only more shoots and game dealers get on board, says Matt Cross

Matt Cross
The world of shooting moves slowly. Around the country, there are still people who call the GWCT the Game Conservancy and last season I met an old wildfowler who told me he’s “considering leaving WAGBI” — the Wildfowlers’ Association of Great Britain and Ireland, now BASC.

But there is a new kid on the block, which, since being launched in May 2018, has become a big talking point. The British Game Alliance — run by 31-year-old Tom Adams, formerly director of shooting at GunsOnPegs — operates a certification scheme. It allows shoots and game dealers, which have been through an audit process, to market their products as ‘BGA assured’. The membership fee ranges from £100 for shoots that bag up to a 1,000 birds a season to £1,000 for operations shooting more than 10,000 birds. The audit process looks at rearing facilities, release pens, the handling of game and so on.

It is no secret that prices paid for game have been declining in recent years, with many shoots receiving no payment last season and some even having to pay for birds to be taken away. The BGA’s mission is to address that problem.

The alliance has won the support of a number of food industry figures, including celebrity chef Nigel Haworth, who is its offcial chef ambassador. Nigel’s view is that “the game sector has been crying out for a quality assurance standard” and believes the BGA is finally delivering it by reassuring chefs, retailers andâ€‹ consumers about the source of this fantastically healthy product.

For Tom the alliance is a dynamic organisation challenging old ideas and moving the market in a new direction. It has grown rapidly, with more than 600 shoots on its books and 30 new members joining every month, including 18 processors. Ninety per cent of those who joined in the first year have renewed their membership. Dylan Williams, who founded the Royal Berkshire Shooting School and sits on the BGA’s advisory committee, says by next year they hope to have 1,200 shoots on board.

However, in a big blow early this year, the National Game Dealers Association voted not to endorse the alliance. The reason for this centred around the fact they felt they had been ignored and their experiences as successful business operators in the game sector had been overlooked.