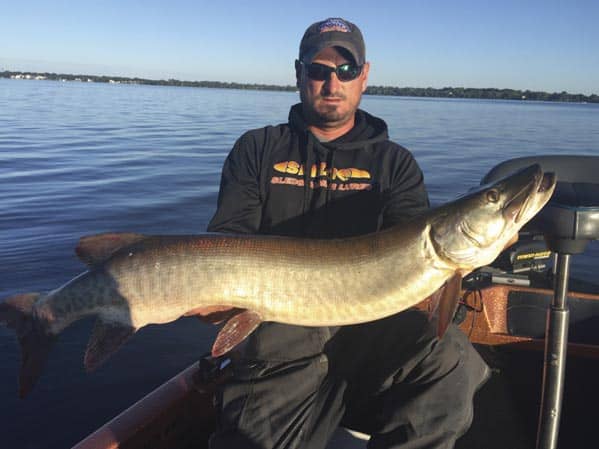 The transition from summer to fall is one of the most important and productive musky times of the year. Water temperatures are falling and muskies begin making predictable transitions. This is a great time to catch some really big fish in some pretty fun ways.

On many waterways this time brings muskies that have been hanging in their summer haunts or suspended in deep water into the shallows. These muskies tend to be very active and are vulnerable to both casting and trolling methods. In this article, I will cover casting methods.

Many don’t realize fall transitions can start as early as August. This shallow water migration is triggered by both temperature and oxygen changes. When your lake experiences a sudden change in one or both, baitfish will move shallow and closely behind them will be muskies.

Recognizing the temperature change is easy — fog is a sign of falling water temperatures. The drop doesn’t have to be great as only a few degrees will matter, and it will often only be noticeable in shallow water. Deeper water is more insulated and the temperatures will not vary as quickly.