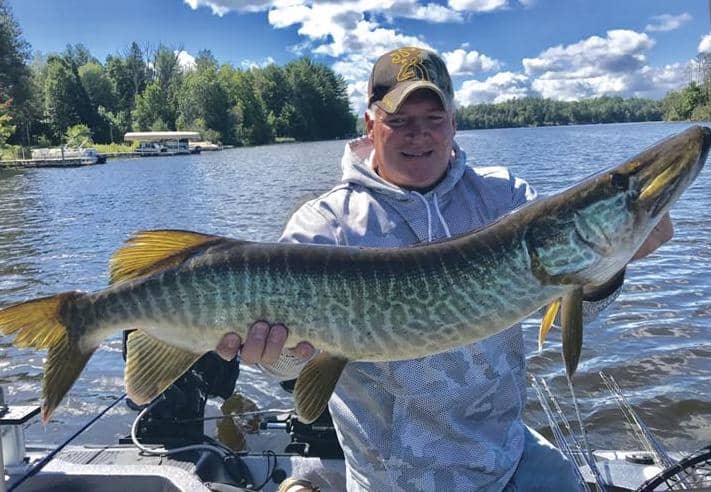 MUSKY FISHING CAN BE GREAT AS WATERS COOL IN EARLY FALL

How time flies! It seems like only yesterday I was waiting for our musky opener in northern Wisconsin, and now I am driving down the road and noticing the color change on trees. Daylight is becoming noticeably shorter and temperature is cooling considerably. We go from wearing shorts and T-shirts to pants and sweatshirts.

Okay, you get the point. It’s the pre-turnover transition period, undoubtedly one of my favorite times of the year.

Generally you start seeing this change during late August in the upper Midwest. Commonly the first few major cold fronts will send water temperatures dropping into the low 60s and cause muskies to leave their summer haunts and disperse into shallow waters. Unlike spring and summer cold fronts which will often shut the bite down, the opposite holds true during this period.

In the northern part of the muskies’ range, we have a variety of waters from dark water flowages (reservoirs) to clear, natural lakes. Flowage muskies generally live their lives in shallow water throughout the year, but I do notice that a high number of fish work upriver following suckers and continue to hold to shallow structure. And on our lakes, the large schools of baitfish, generally crappies and perch, that were suspended and using deeper breaks during summer move into the shallow cover to relate to the cooler water temperatures.

During this time some of the largest muskies in the system make themselves accessible for those who like to fish shorelines and shallow cover. This movement of muskies is to generally one to six feet of water, maybe a little deeper in clear water, and usually lasts about a month depending on the weather.