A Beginner's Guide To Processing Your Own Wild Game Meat 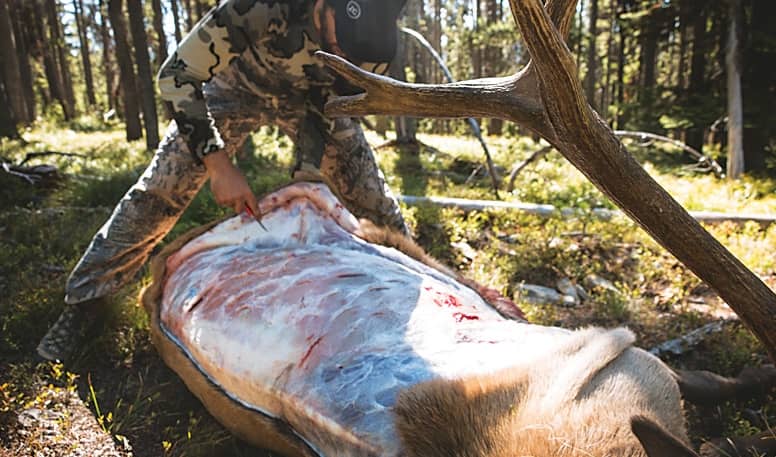 When I was growing up, the idea of processing my own deer never even occurred to me. As a matter of fact, it was tradition for my mom to get any deer that my family harvested. So while I was the one pulling the trigger and taking an animal’s life, the rest of the process was pretty hands-off for me. But, now, I can’t imagine not doing it all myself. The opportunity to be in control from scouting the animal to eating it—and not missing a single step in between—is a highly rewarding experience that I wouldn’t trade.

While I now think butchering an animal is hard to mess up, it can be a daunting and intimidating task if you’ve never done it before. There is nothing wrong with bringing your meat to a commercial processor, but if you’ve never tried doing it yourself I highly recommend you give it a shot and see if it’s worth the extra effort for you. For this article, I am going to focus strictly on the processing part and assume that the animal has already been skinned, gutted and/or quartered.

No matter what part of the animal you are working with, it’s important to start by picking off any stray hairs that may have gotten stuck to the meat along with any pieces of dirt or debris from the field. Then, once you’ve done that you’re going to want to trim away any pieces of fat from the meat. When I was butchering my first deer, I didn’t know this and mixed the deer fat in with my burger. It is a really waxy type of fat that tastes like eating a candle so I definitely don’t recommend it.

So, go ahead and trim away all of the fat and tissue that isn’t meat. Make sure you’re careful not to go too overboard on this step because you can end up wasting a lot of meat if you do. Once it looks like something you are ready to serve to a guest, then it’s probably good. One exception to this rule is the silver skin that you will find on some of the roast pieces. You can fillet it off, but I actually prefer to leave it on as another layer of protection to the meat and then simply remove it before cooking.

The great thing about processing your own animal is that you have total control of what you want to turn it into so that it is recipe-ready depending on how you prefer to cook. There are numerous different variations of what you could do (and I will cover a few different options), but this is by no means an exhaustive list. For packaging these cuts, I like to wrap them in a layer of plastic wrap followed by a layer of butcher paper. This has worked well for me, but there are definitely other ways to package them like a vacuum-sealer.