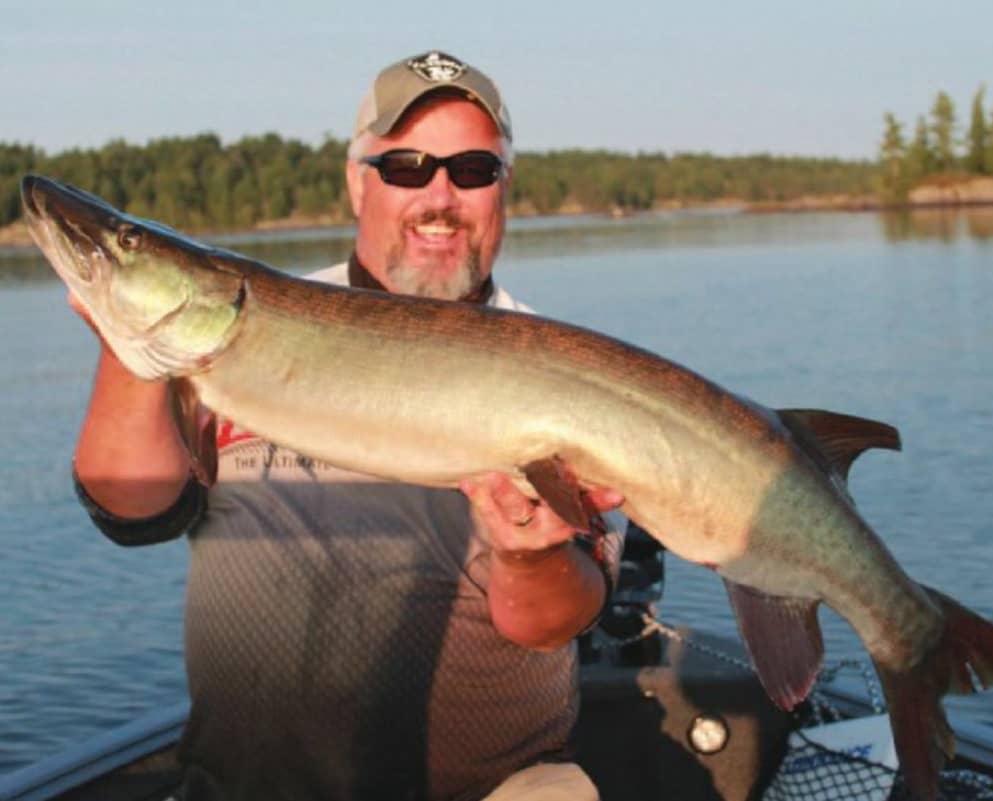 It is interesting to note that one of the most renowned muskie lures of our time was created partly by observation and partly by accidental luck. Frank Suick owned a fish hatchery and he noticed that injured or sick trout would dive down to the bottom of the tank and then slowly rise up to the surface when he tried to dip net them. Being a muskie angler, this gave birth to an idea.

While whittling out a prototype, Frank’s knife slipped and he cut off the lure’s cedar tail. After some thought, he decided to add a flexible metal tail which could be tuned so that the lure could run at different depths. Success was immediate and Frank once landed 30 muskies in 30-days. The largest muskellunge that Frank ever caught on a Suick was a giant of 46-pounds!

What is most unique about this lure is that its success is not limited to a specific season. During the warm water summer period it is common to use a downsized version and fish it in an aggressive manner, working it in a fluid motion over weed beds or shallow shoreline structure, with a quick “snap and reel” motion that covers a lot of water very quickly.