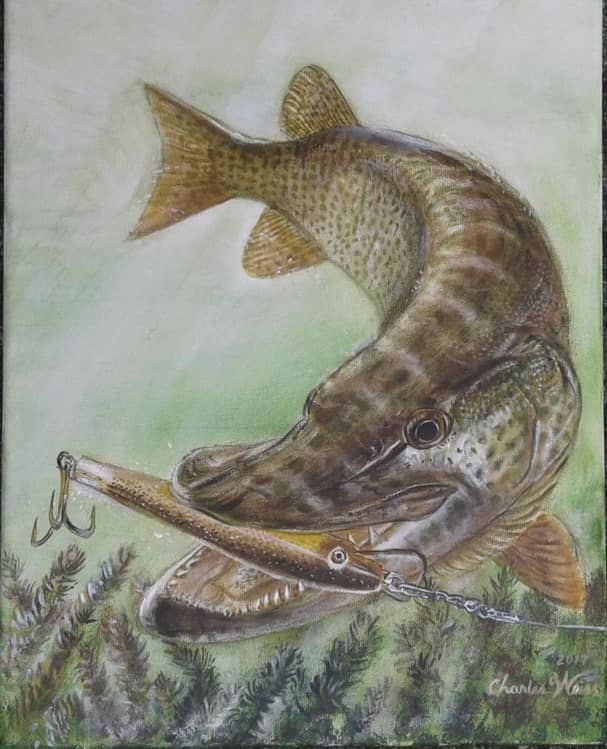 Dave Curtis, of Fishing Fanatic Guide Service (www.fishingfanaticguideservice.com), started in 2010 and since the beginning he has had many successful days catching and releasing large muskies for guests and for himself. Dave recently took the time to share a few stories and some of his tips on how he approaches fishing for trophy muskies on the St. Lawrence River.

On September 1st, 2017, Dave was fishing with Matt Reid when he caught and released a muskellunge that was 56-inches in length, topping his previous personal best by two-inches. They were trolling over a large weed flat at about four-miles-per-hour with a large, black-perch coloured minnow bait running about 13 to 15-feet down when the muskie bit the lure.

“The fight was incredible” Dave recalls. “After the huge strike and a small run, it then took a long run, and we turned the boat toward the fish to close the gap. I could not move this fish, and knew it was a giant. Matt’s reaction was, ‘Oh my God’ - and a few other unprintable comments. My first thought was that it was 50-pounds. As soon as Matt netted the fish the hooks popped out. The muskie was released after a couple of photographs.”

Dave Curtis has fished the St. Lawrence River for over 30-years and has a long list of muskie hotspots. Gradually he works out to the deeper water as the fishing season progresses. Over 35-years ago he was trolling a swim whizz crankbait when he caught his first muskie and he decided that was the best way to catch them.

“You can’t cast large, 12-inch lures all day long,” Dave said. “Two lines out trolling is more efficient to cover water and, besides that, the biggest fish are caught trolling”.

Understanding that trolling effectively controls lure depth and speed are important in his fishing method.

“Using a sonar to see the presence of baitfish near structure is a good place to start,” said Dave.

He looks for a spot with a good amount of bait schooled up together in a ball on the sonar screen. If there is no bait schooling, keep moving until you see bait fish. A typical spot will be 20-feet in depth with a complex series of underwater humps and deep water close by. Sometimes cormorants will reveal a lot by feeding on the surface in one spot, which could indicate a school of baitfish that will also attract a big fish.