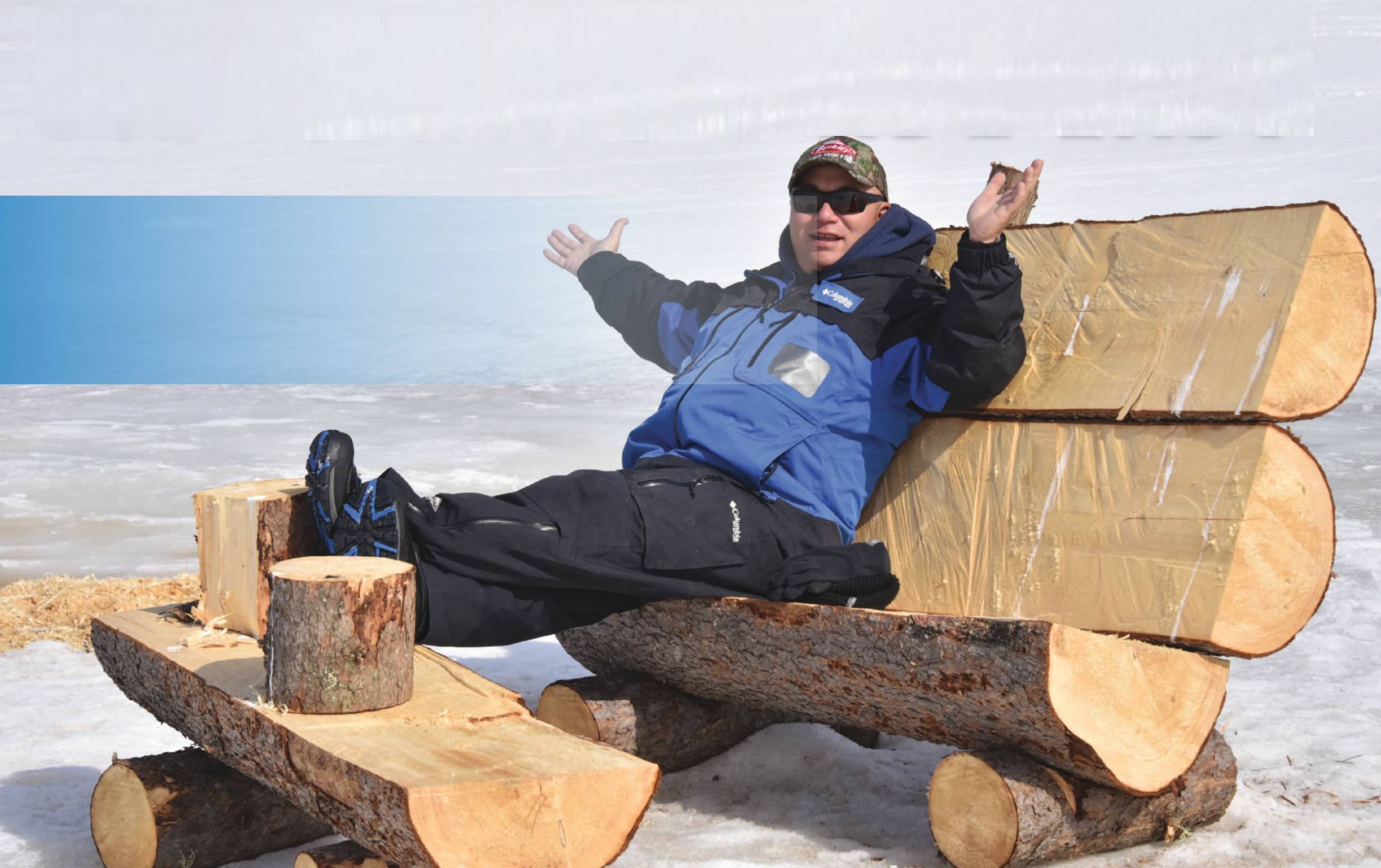 Each year around November or December, Canadian anglers are faced with the task of storing their boats and tackle as winter moves in and ice locks down the lakes and rivers. For some, the next five-months are spent tinkering with gear, shopping for new fishing supplies, watching fishing shows and generally doing anything remotely fishing related as a means to stay sane until the spring. For others, the arrival of winter signals the beginning of a whole new fishing season. Snowmobiles and ATVs take the place of boats; long rods give way to short jigging sticks and chopping or drilling holes through the ice replaces casting as the method of offering baits to fish.

Despite the obvious differences, the basics of ice fishing are really no different than for open water fishing. The goal of finding and ultimately catching fish is the same, regardless of the season, and many of the same principles still apply. The fact that the water is hard instead of soft shouldn’t make a difference in how anglers approach ice fishing but in a lot of cases it does.

For example, a great number of winter anglers seem happy to plunk a shack out on the ice and call it home until the spring thaw rather than moving from spot to spot as is common when fishing from a boat or walking a shoreline. They fish with one or two ice rods or tip ups - regardless of the species or technique they are using - and they often use just a couple of approaches, generally a set line and a jigging line.

Instead of studying the lake and planning an effective approach, ice fishers routinely head out to the groups of huts or packs of other anglers and assume that those are the hotspots. Occasionally these folks will enjoy some good fishing but more often they will have much less success than they do at other times of the year. The main reason is that their approach to winter fishing is inefficient compared to their open water system. With that said, all it takes is a little attention to detail and some refinements in techniques and tactics for anyone to increase their success on the ice.

Open water anglers go bass fishing, pike fishing, perch fishing or some other species-specific type of fishing – they almost never just go “fishing”. On the other hand, ice fishermen tend to go “ice fishing” – there’s rarely a species mentioned. Without some idea of what the target species is, how can anyone know what lake to select, where to fish once they get there or what type of tackle to bring? Before heading out for a day of ice fishing it’s always a good idea to have a species or two in mind, whether you are going to a favourite lake or heading to a new one.

Get out your paper or electronic lake charts and highlight some of the areas that will attract the species you’re after. Some of the best winter anglers will mark dropoffs, rockpiles, flats and other areas on their gps units during the open water season so they can return to the exact spots once ice covers the lake. This simple step can help eliminate huge expanses of water and let you focus your fishing on a few key locations.

Ready your gear according to the lake and species you’ve chosen so you’ve got everything you need and none of what you don’t. A four-inch auger, an ultralight rod and a handful of micro jigs may be ideal for perch fishing but you’ll need a bigger hole in the ice, bigger baits and tougher tackle if trophy pike or lake trout are the quarry.

Try to get some recent fishing information from websites, tackle shops or a buddy who fishes the lake you’re heading to. You’ll get a sense of the ice conditions, how well the fish are biting, what type of approach is working and maybe even a tip or two on an area of the lake to try.

You’ve got to get to the fish before you can catch them so being able to move yourself and your gear around is a key to ice fishing success. Whether you walk, ski, snowmobile or ride an ATV doesn’t matter as much as the fact that you are prepared to move if the fish aren’t cooperating. Mobility may mean fishing 20 holes drilled along a few hundred feet of a breakline for 15-minutes each, it may mean fishing for two or three-minutes in each of 50 holes cut across a weed flat or it may mean heading 10-miles across the lake to a completely new area.

A sled or portable ice hut are both ideal for transporting your equipment from place to place. Depending on their size, these can be hauled manually or behind a motorized vehicle. Obviously the main limiting factor here is weight and your means of transportation.