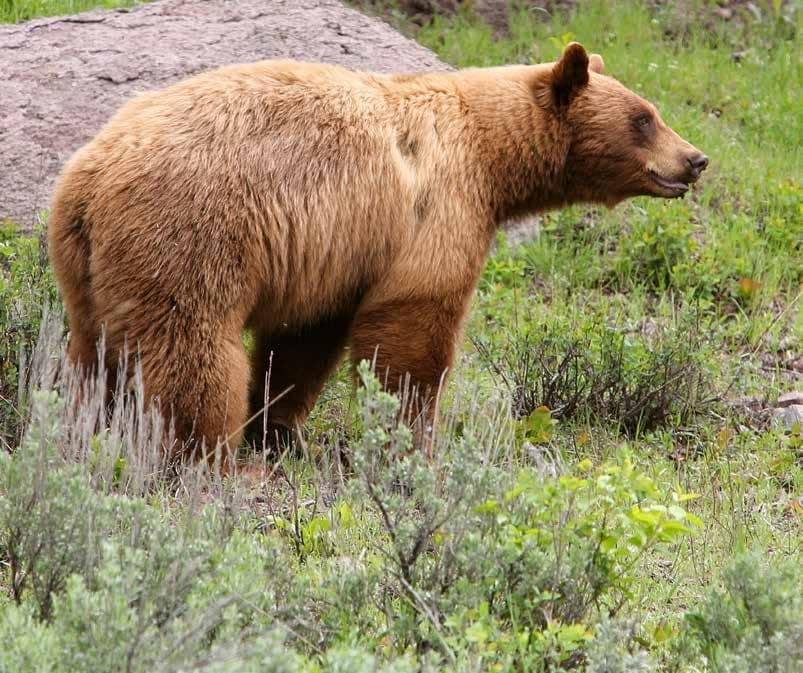 According to conventional thought about black bears, they have a “home range.” This idea came about because of telemetry studies done beginning in the 1960s, where bears were outfitted with a collar which sent a signal. This signal was picked up by an antenna carried by a biologist, or usually a team of people taking turns, and then the bear’s direction was recorded. Basically all the info they had was “The bear is over there and moving that way.”

Once the person running the telemetry unit got really good at it, they could also make some pretty good guesstimates of the distance the bear was from the unit by the strength of the signal. Over time, state game departments compiled their information and came up with some general guidelines about where bears spend their time. Areas in which the bears spent the majority of their time became known as their “Home Range.”

A square mile is 640 acres if you want to get a feel for how much territory that entails. In a moment I will tell you why I believe these estimates are deceiving, but let’s first look at some other factors. The availability of food sources and cover has a lot to do with the amount of ground they cover and the size of their daily movements. The time of the year is also important. No doubt male bears cover a lot more ground during the June and July breeding season than they do when they are settled into a feeding pattern in the late summer and fall.

Of course these numbers clearly point out that bears are individuals and the amount of ground they cover may have a lot to do with their “personality” than many other factors. Some bears just have a wanderlust that others don’t.