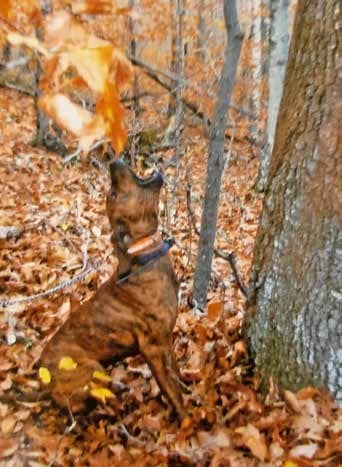 STEVE FIELDER
Bear hunting is an extreme outdoor sport with many devotees, many storied legends and many means with which to accomplish its goals. But, for this writer, nothing compares to the excitement of a hunt for the icon of the North American forest like a hunt with hounds.

As I’m writing this, I’ve just concluded an early season bear hunt in southwest Virginia with longtime friend and houndsman Heath Hyatt. I spent three days in the company of Hyatt and members of their bear-hunting party, each of which have proven to be among the most dedicated houndsmen and women of my experience. On a five-day hunt in December of 2019, we treed a bear each day. Recently, we treed or caught six bears on our three-day hunt, a Freedom Hunters Outdoors Adventure with special guest hunter CMSGT Chad McCoy. Chad, a decorated twenty-two-year veteran pararescue specialist with the US Air Force, had never been on a bear hunt with hounds or otherwise.

As I watched our group of hunters go about the work of locating bear sign, calculating the release of the hounds, exhibiting a foreknowledge of the running patterns and feeding customs of mountain bruins and at times sacrificing the opportunity to run their own hounds in favor of assisting hunters whose hounds had already been set down, I saw the extreme dedication that is not only necessary for success in this game but is inherent in all the good hound-hunting bear hunters I know. Although not a member of the party with which I routinely hunt, a houndsman with a long-standing reputation for catching bears with elite bear hounds is the owner of our subject this month, the latest of our attempts to honor hounds that meet the criteria of being legendary bear hounds. The hunter of which I speak is Dan Luke of Bennington, Vermont and the hound of our attention is Luke’s Joseph, a Plott bear hound that lived to the ripe old age of fifteen, a remarkable feat considering the hazards he faced in such a lengthy career. 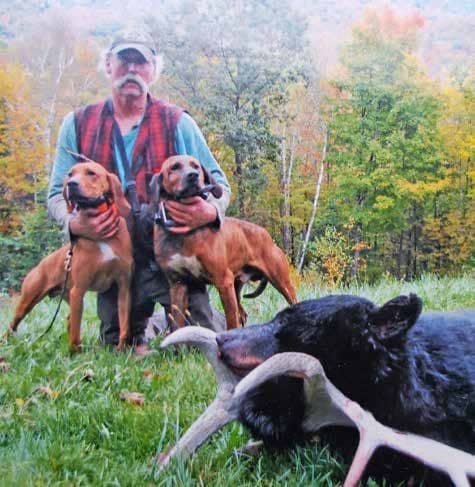 Dan Luke, at age 68, lives in western Vermont adjacent to the New York border. In his words, “just east of the Green Mountain range.” He says he can shoot a gun from his porch into New York State and is about twenty miles from the Massachusetts border. “Where I’m setting on my porch,” Luke told me, “I’m looking at the mountains where Mark and Craig Tanner killed the biggest bear killed in the State of Vermont, a bruiser that topped the scales at 514 pounds. We don’t usually get big bears here in Vermont,” Luke told me. “We never used to see bears in the farmland. It was rare to see a bear here thirty to forty-years ago. By the late 1990’s I would strike a bear track and that’s when I started hunting it.”