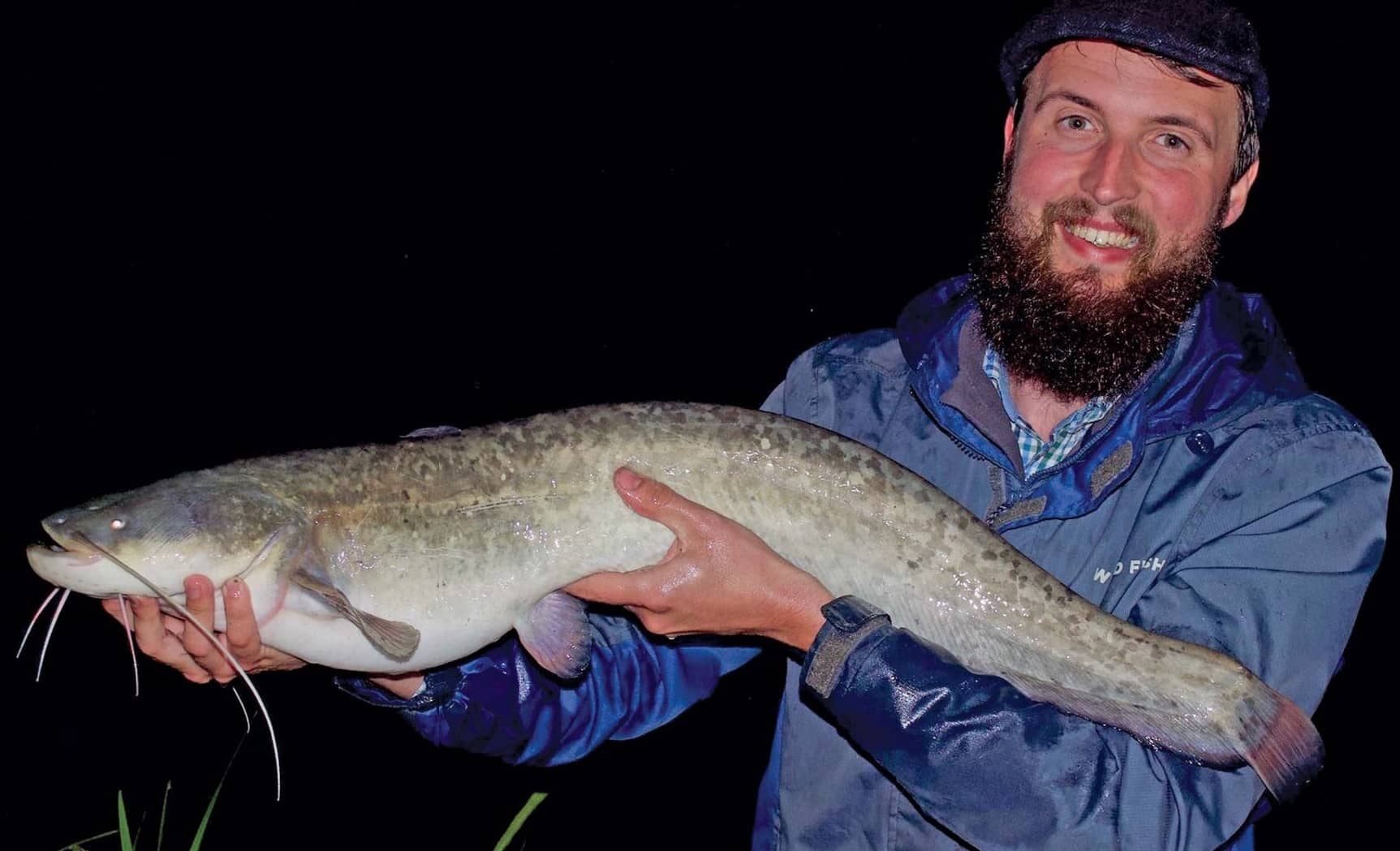 The natural history photographer has filmed all 53 UK freshwater fish species, and this week recounts the time when he went in search of catfish.

CATFISH. At first glance these slimy critters look like giant tadpoles, almost like one of those drawings with outlandish features that are created by caricaturists in Skegness. Their eyes are tiny, being almost useless, and their dorsal fin is just a joke. The barbels are when things get a bit more serious, as they have a set of six of them, the two longest on the upper jaw. They have huge mouths, to help them gulp down unsuspecting prey, and I know one place that has lots of them, the aptly named Anglers Paradise, in Halwill, Devon.

I’ve been going to Anglers Paradise on and off for the past 12 years. With over 30 lakes, 20 species and beautiful Devonshire countryside, it really is a fantastic place to fish. I booked to go in June, a time when I thought it would be warm and the cats would be feeding, though the weather had other ideas. It was the wettest June on record, with over two months of rain failing in a couple of days. Still, the cloudy, damp weather wasn’t a bad thing for finding the catfish, as they tend to tuck themselves away when it’s bright and sunny.

I met the owner, Zyg Greogrek, in his bar, though it looks more like a museum, as everywhere you look there’s a swordfish poking out or an angling painting; it’s a real spectacle. Zyg has catfish in many of his lakes, some reaching over 100 lb, but he suggested the best chance of getting one out was by fishing one of the Eldorado day ticket waters. I don’t do a great deal of targeting big fish, so I enlisted the help of Dominic Garnett, who brought most of the kit and bait.