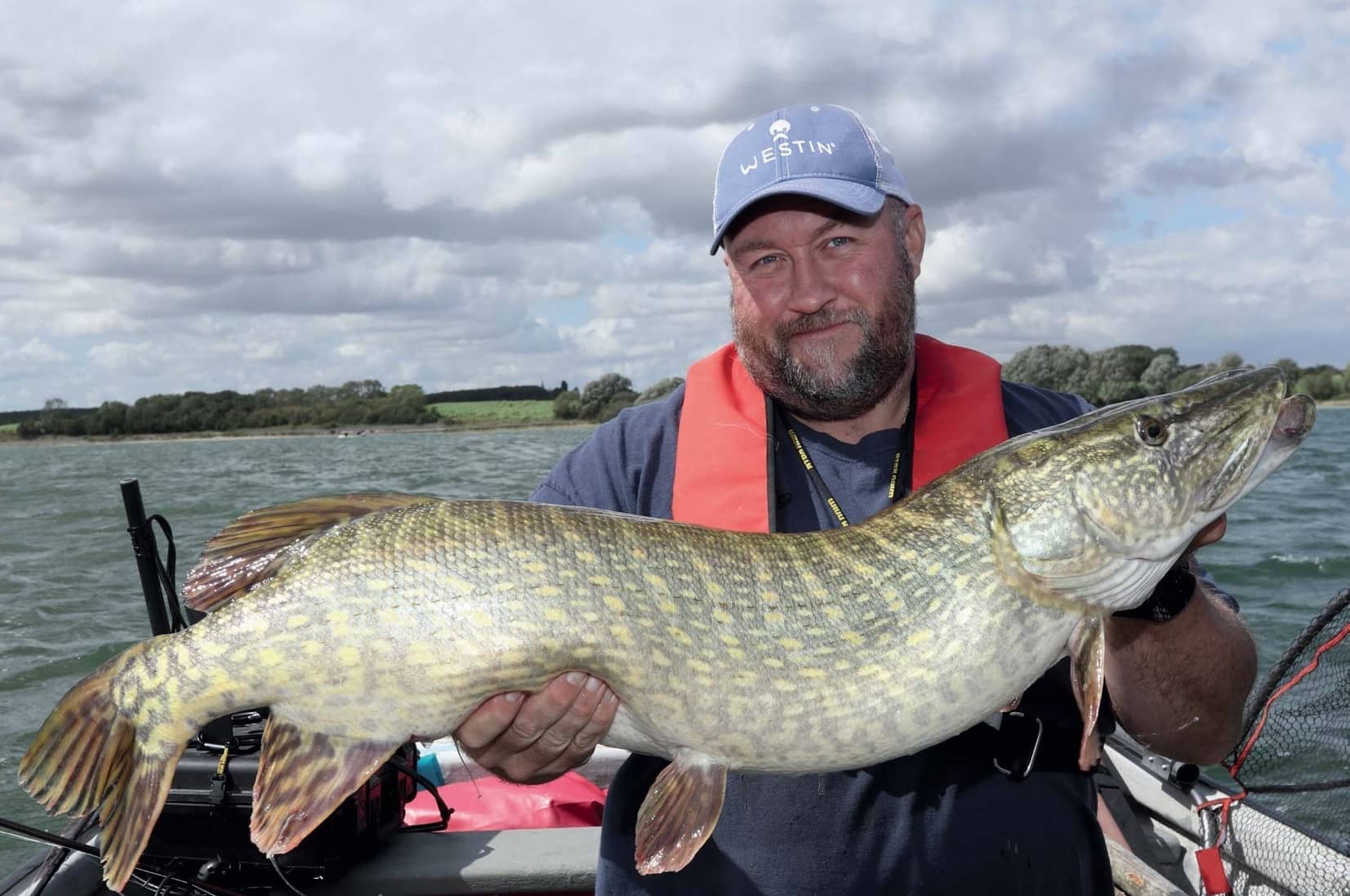 ANDY BLACK fishery scientist is passionate about predators, having caught pike to 3pch to 5 lb 1 oz, zander to 18 lb 8 oz and eels to 7 lb 2 oz.

OCTOBER is my favorite month of the year to target pike, as the fish are quite active in the fairly warm water, around 15 degrees Celsius, aggressively hunting prey as nights start to draw in.

Pike like to feed on big baits at this time of year, though I’m not entirely sure why. Maybe it’s because they are more active, selectively picking out bigger meals, or they could just prefer a bigger meal. Whatever the reason, it’s time to go big or go home. I have seen lots of anglers struggling to catch pike on regular-sized 4-6 in. lures.

When you look at a fish-finder, you often see masses of 4-6 in. baitfish in most waters, and for a pike to pick out a similar-sized lure must be like us trying to find a needle in a haystack. But cast a 12 in. lure among the baitfish and it will stand out like a beacon, grabbing the attention of pike.