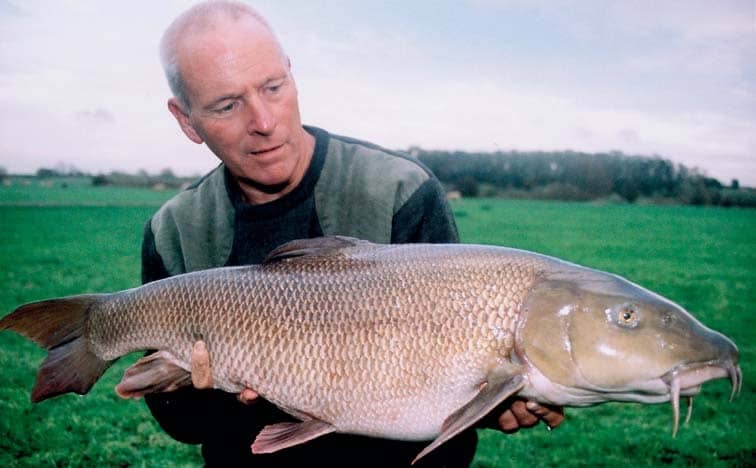 Our classic fishing series moves back in time, and this week we bring you a special look at…

IT’S a British record listing that surprisingly still stands as No.1 today, but there is more to Grahame King’s 21 lb 1 oz record barbel than meets the eye.

Exactly a year after Tony Gibson set a record with a fish of 20 lb 6 oz from the Great Ouse at Adam’s Mill, Grahame pushed the bar up further. He did it with the same fish, known as The Traveller. He then had it again two weeks later, and for a third time a year later!

The form was in stark contrast with the Watford, Hertfordshire, specialist angler’s run of 28 blanks at the Buckinghamshire stretch, before he mastered it.

Just days after breaking the record, Grahame landed what was the second heaviest ever barbel brace, at 17 lb 10 oz and 15 lb 2 oz.