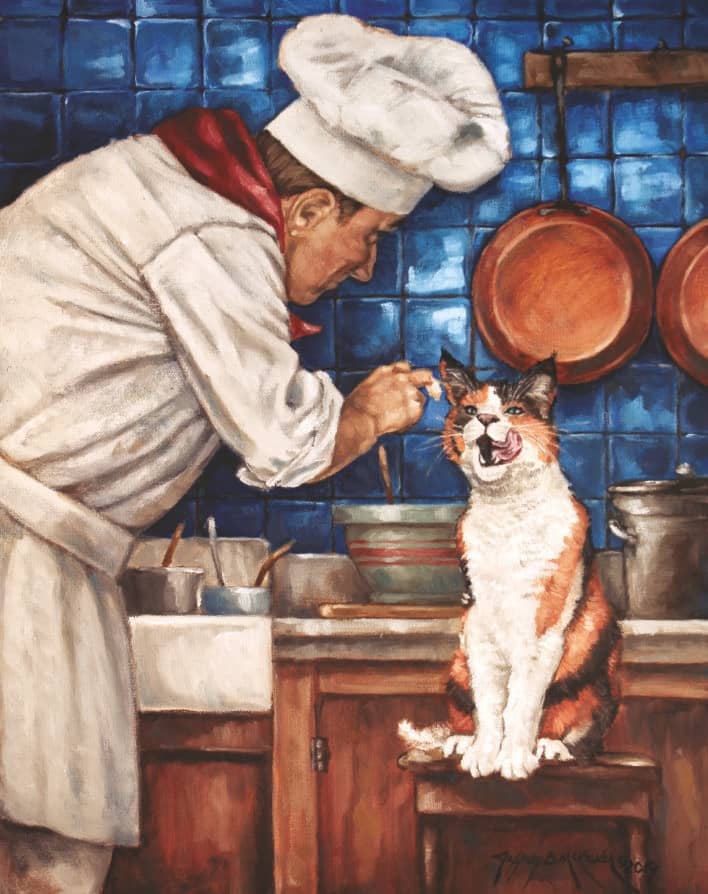 IN May 1954, more than fifteen years after writing Of Mice and Men and The Grapes of Wrath, John Steinbeck rented a house for himself and his family a stones-throw from the Champs-Elysées in Paris.

The day after moving in, he heard that his friend Robert Capa had been killed by a landmine while photographing the advance of a French regiment in Vietnam. Sweet Thursday—the sequel to Steinbeck’s 1945 instant classic Cannery Row—would publish the following month. And Warner Bros. had just wrapped up production of the screen adaptation of East of Eden, the novel Steinbeck considered to be his greatest work . It was around this time that Steinbeck began to seriously consider writing for a French newspaper. He sketched out the idea that May in his letter to friend and agent Elizabeth Otis:

You know I have had an idea in the back of my mind for a long time. Here in France I get interviewed all the time. I spend hours with journalists helping them to make some kind of a story and then when it comes out it is garbled and slanted and lousy. I wondered why I did not write my own interviews and charge for those hours of time and have it come out my way. In other words, why should I not write 800 words a week for one French paper, simply called something like an American in Paris — observations, essay, questions, but unmistakably American. . . . [1]

A weekly column for the French daily Le Figaro might seem like an odd choice for a world-renowned American novelist who claimed to be “helpless in French.” Yet so it went. The tenth installment of “One American in Paris” was a short story published on July 31, 1954, as “Les Puces sympathiques.” To our knowledge, it has never before received mass distribution in English. We are humbled and honoured to share it here.

I AM sometimes criticized for avoiding the great discordant notes of the times and closing my ears to the drums of daily doom. But I have found that the momentary sound very shortly becomes a whisper and the timely fury is forgotten, while the soft verities persist year after year. For example, today as I write, Mendès-France goes back to Geneva with the world in his hand.* England and America rock in the tempest and perhaps behind their iron bed curtains the Soviet too has nightmares. Suppose I were to write of these important matters! By the time my piece were printed all would be past and much of it forgotten and there would be new earthquakes.

As a species, we have been in trouble since we came down from trees and took up habitation in caves, but also, as a species, we have survived. We have not survived on great things, but on little ones, like a little story I have heard—probably an old, old, story. But this is the way I heard it.

In the environs of Paris—not far from nor too close to the Place de la Concorde, there was and perhaps still is a small restaurant called The Amiable Fleas. Three of its outside tables had as daily ornaments: One poet whose work was so gloriously obscure that even he did not understand it; one architect whose fame rested upon his passionate attack on the flying buttress; and a painter who worked in invisible ink. Each of these of course drew his followers, so that The Amiable Fleas was beginning to be mentioned by the conductor of passing tourist busses.