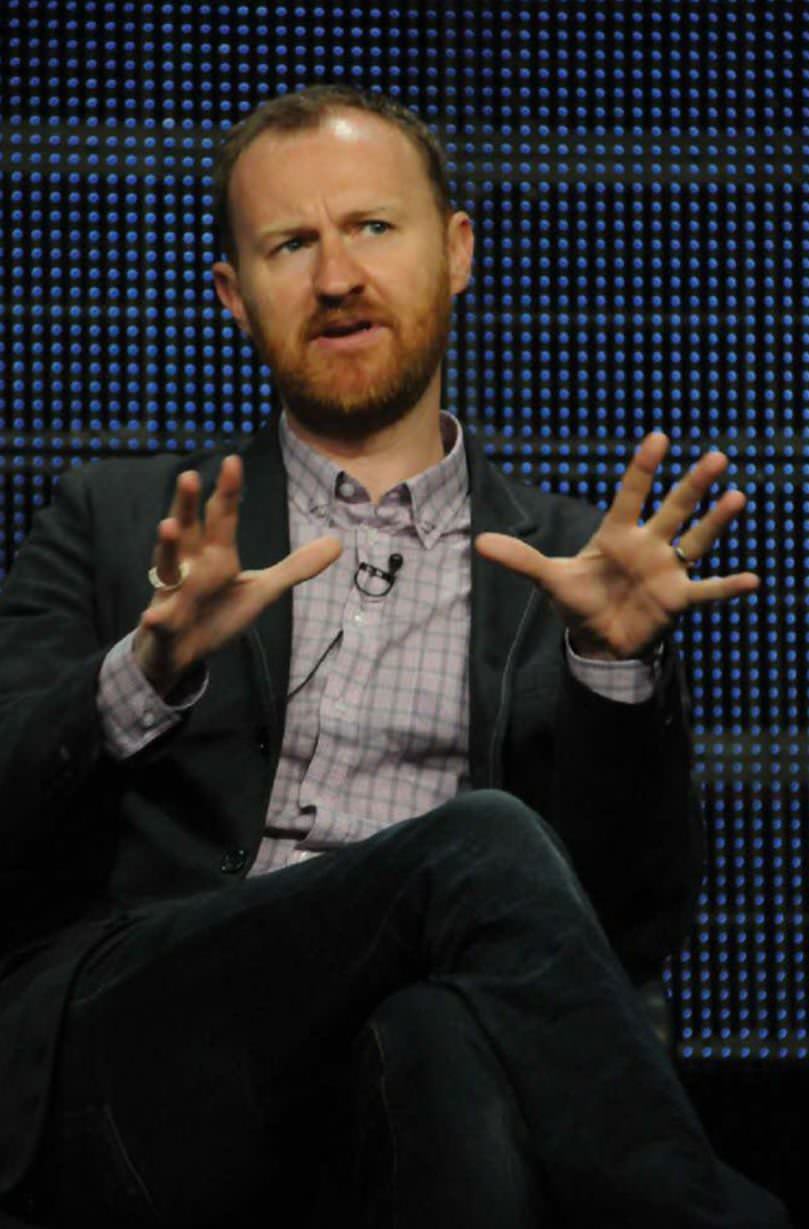 MARK Gatiss has frequently been called a Renaissance man—for good reason. He has not only co-created Sherlock, one of the most popular television shows in England, but he has also been instrumental in the 2005 revival of Doctor Who, for which he has penned eight scripts, acted in several episodes, and written a docudrama delving into the origins of the series.

His impressive list of TV, film, radio, theater, and writing credits also extends far beyond both these shows. In 1995, with a group of friends, he founded The League of Gentlemen comedy troupe, which eventually made it to television, earning several prestigious awards. He has also taken on various acting roles in both comedy and drama, most recently joining an all-star cast in the Oliver Parker-directed film version (released by Universal Pictures this past February) of the BBC sitcom Dad’s Army, in which Gatiss took on the role of Colonel Theakes. Not a bad resume for someone who hasn’t yet turned 50.

In 2010, Gatiss and fellow writer/producer Steven Moffat earned worldwide popularity with their reboot of the Sherlock Holmes stories. Sherlock, set in modern-day London and starring Benedict Cumberbatch as Holmes and Martin Freeman as Watson, is a modern retelling of Conan Doyle’s classics. The idea of contemporary versions of these works was met with a great deal of skepticism from dedicated Sherlockians, who felt there was no room left for another rendition of the stories. But thanks to the perfect chemistry of Cumberbatch and Freeman, a highly talented supporting cast, and the brilliantly conceived screenplays written by Moffat and Gatiss, the series has won over skeptics and kept the spirit of Conan Doyle’s stories alive in a modern setting. Indeed, the show remains one of the highest rated on PBS and the BBC.

In addition to writing for Sherlock, Gatiss has made several appearances as the great detective’s brother Mycroft. Far from fulfilling a plot device for Holmes, Gatiss’s portrayal adds a depth to the character that is both unique and refreshing. And to widen the lens, on January 1, 2016, the BBC and PBS aired The Abominable Bride, an 89-minute special episode of the show that also saw limited release in theaters around the world. Production of three more episodes of Sherlock will begin this spring.

AFG: I have to tell you, I am a big fan of your work and I think Sherlock is fantastic. How have you managed to please so many people from so many different age groups? I have friends who are in their twenties and those in their seventies who love the show.

MG: We’ve always seen it as a restoration, not a reboot, so what you’re talking about is the popularity of the original stories and characters. That’s why people love Sherlock Holmes. Our version has obviously struck a chord, and that’s wonderfully gratifying, but it all comes down to Conan Doyle and the genius of the original creation.

AFG: The thing I’d like to know as a fan is, will this keep on going?

MG: We hope so. Benedict and Martin and everybody are very keen to carry on. The unfortunate side effect of having a worldwide success is that our leads have become international superstars. It is increasingly difficult to get our stars’ diaries to coalesce. But, we’ll do our best.

AFG: You make a great Mycroft but a very different one from all the other adaptations. Unlike the lazy Mycroft portrayed by Charles Gray or Stephen Fry, your Mycroft seems to be taking care of his health.