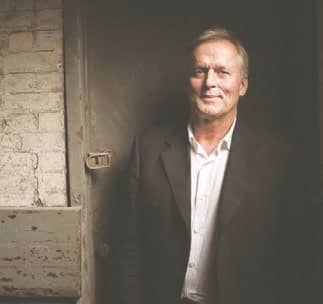 FOR the last thirty years, the term legal thriller has been synonymous with John Grisham. Credited with single-handedly popularizing the genre, he has inspired scores of other authors and, in the process, has become both a commercial and critical success.

With more than forty books to his name, more than 300 million copies sold, and several film adaptations, it’s hard to imagine Grisham was ever a struggling writer. Yet his first novel—written while he was working as a trial lawyer and state legislator in Mississippi—failed famously. A Southern courtroom drama fraught with racial tension, A Time to Kill was published by a small press in 1988 to little acclaim and did not receive mass distribution until its re-release years later. Grisham’s next book, The Firm (1991), about an ambitious young lawyer who starts to investigate his law firm after several partners die mysteriously, was a definite departure from his debut. It wasn’t long before it catapulted to the best-sellers lists and Hollywood came calling. From the very first paragraph of The Firm, it is easy to understand Grisham’s wide appeal:

“. . . there were no women in the firm. That mistake had been made in the mid-seventies when they recruited the number one grad from Harvard, who happened to be a she and a wizard at taxation. She lasted four turbulent years and was killed in a car wreck.”

It says so much with so little, capturing the reader’s interest from the outset. And Grisham continues to ratchet up the tension throughout, forcing the reader to compulsively turn pages until the thunderous crescendo.

Throughout his writing career, Grisham has used his novels to intellectually and morally challenge readers on hot-button issues—for example, the unchecked power of tobacco companies (Runaway Jury, 1996), the lack of regulation of companies dumping toxic waste into water supplies (The Appeal, 2008), the deeply flawed system surrounding capital punishment (The Confession, 2010), and, in his 2017 novel The Rooster Bar, the controversial practices of for-profit law schools.

Grisham has also used his success to give back. He sits on the board of the Innocence Project, which has exonerated hundreds of people convicted of crimes they didn’t commit, and he has raised millions of dollars to clean up the Gulf Coast since Hurricane Katrina. Ever the baseball fan, Grisham has built six Little League fields on his property for local kids to partake in the great American pastime.

John Grisham was kind enough to grant us this interview in 2018 and generous in providing follow-ups this fall. His latest book, The Guardians, was released in October 2019 by Doubleday.

AFG: When you look at the hundreds of millions of books you’ve sold, do you ever ask yourself, “What if I decided to call it quits after my first book?”

JG: No, but I often wonder where I would be if I had stopped writing A Time To Kill and never finished it. Several times, I went a month or so without touching it. My wife always encouraged me to keep going.

AFG: I loved The Rooster Bar. Was part of it inspired by the whole Trump University affair?