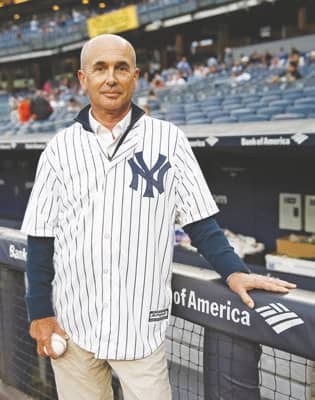 EVER since Raymond Chandler and Dashiell Hammett revolutionized the crime novel with hardboiled heroes, gritty settings, and moral complexity, countless authors have tried to carry the torch.

One of the few to truly perfect modern noir is Don Winslow. Since 1992, he has written more than twenty novels, which have been translated into over thirty languages and sold millions of copies. Several of his books have been adapted into successful films, further cementing his reputation as a crime fiction master.

Winslow began work on his first novel while juggling various careers—leading tours in Africa and China, managing a movie theater chain, and working as a private investigator. A Cool Breeze on the Underground was published in 1991, introducing Neal Carey, a bookish but resourceful PI who lives very much in the past while solving modern problems around the globe. Despite critical recognition—including an Edgar Award nomination for Best First Novel—sales lagged for Cool Breeze and the Carey mysteries that followed. That is, until the release of The Death and Life of Bobby Z in 1997. Diverging from more traditional crime novel structures, Bobby Z hinged on meticulous research about drug cartels and featured druglords, grifters, prostitutes, and a deeply flawed protagonist struggling for survival. In addition to marking a stylistic change for Winslow, the book was a commercial success that drew readers to his previous works and paved the way for others.

In 2005, Winslow again explored the brutal drug trade in The Power of the Dog, illustrating how the realpolitik of the War on Drugs aided brutal cartel dons while leaving the general population powerless. Based on hundreds of interviews with people on both sides of the drug wars, the novel introduced readers to DEA agent Art Keller, a reluctant anti-hero who wages war on the cartels despite enormous personal costs. Keller returns in the 2015 sequel The Cartel and, this year, in The Border.

Don Winslow has been nominated for numerous awards and won several, including the Raymond Chandler Award (2012), The Ian Fleming Steel Dagger Award (2015), and the Los Angeles Times Book Prize for Best Mystery/Thriller (2015). He lives in the San Diego area with his wife. His latest novel in the Cartel series, The Border, was released in February 2019 by William Morrow.

AFG: Tell us about your latest novel.

DW: Well, it’s called The Border, and that’s pretty much what it’s about. It’s the third and final installment of what’s become known as the Cartel Trilogy—The Power of the Dog, The Cartel, and now The Border—and it follows Art Keller as he becomes the head of the Drug Enforcement Administration and finds he has to battle corruption at the highest levels here at home. It’s also about immigration. We follow a ten-year-old Guatemalan boy fleeing gang violence; the heroin epidemic through the experience of a young woman; an NYPD cop; and convicts in California prisons. So it’s about the physical border, but also internal borders—the ethical lines that we will or won’t cross. And if we do cross them, can we ever cross back?

AFG: Your mom was a librarian. How would you say that formed your reading habits?

DW: It was sure a big part of it. My dad was a career Navy man who loved books, so I’ve often said that my dad was a sailor who loved books and my mom was a librarian who loved a sailor. There were always books around our house, and we—my sister and I—were allowed to read anything we wanted at any age. We spent a lot of time in my mom’s library prowling the shelves—this was in a small New England town, and it opened up the world to me. I could go to Africa, to England, I could go to another century, anywhere I wanted. I don’t think it’s a coincidence that both my sister and I became professional novelists.

AFG: At one time you worked as a private investigator. Have you drawn on those experiences when crafting plots, or was it the case in which investigating work had very little [Philip] Marlowe but instead, a lot of tedium?