Welcome (Back) To The Jungle 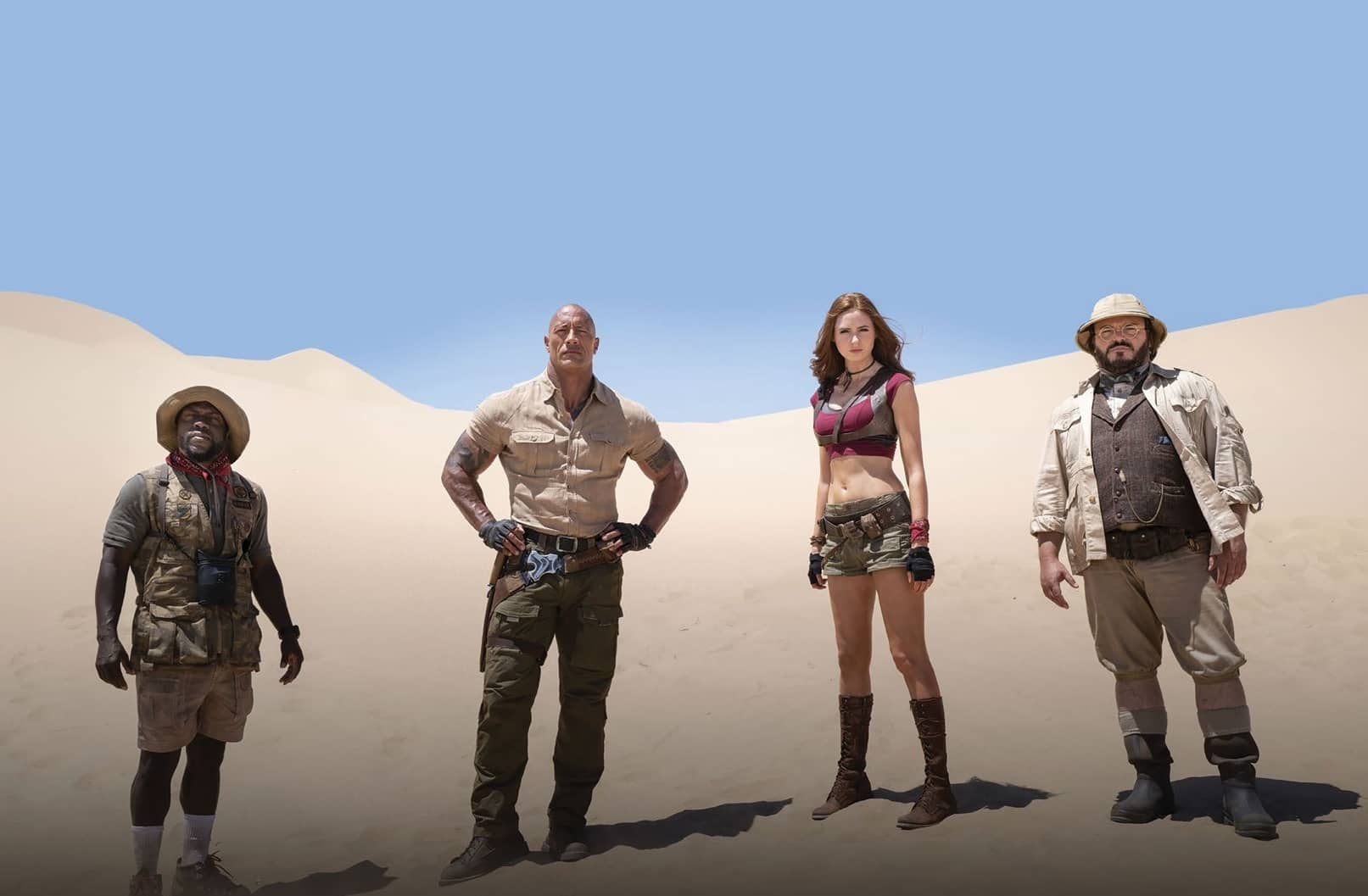 Dwayne Johnson, Jack Black, Karen Gillan, and Kevin Hart get extra lives as the game continues in JUMANJI: THE NEXT LEVEL…
James Hanton

It’s fair to say that nobody expected 2017’s Jumanji: Welcome to the Jungle to be quite the success it ended up being. It picked up the pieces of the beloved Robin Williams classic Jumanji (1995) by changing almost everything except the title. Technically the third film in the series (if you count 2005’s Zathura: A Space Adventure), it seems almost completely disconnected. Jumanji looked like Sony’s latest stalling attempt at kickstarting a cinematic universe to rival Disney’s and Warner Bros’, following the relative failure of The Mummy and Power Rangers earlier in the year. And yet, the third time proved a charm. Welcome to the Jungle went down like a storm, coming close to $1 billion at the box office. Not even the hardest nosed critics could avoid the beaming sense of fun; a classic example of what can happen when you combine old school appeal with a cast so prepared to throw themselves into the silliness of it all. Distinctly different from the original but without forgetting it, it smacked of a more traditional blockbuster appeal, but it worked precisely for that reason. The Christmas period thrives off simple, easy to enjoy resolution stories like this. Yet this was not without risk, and it really was touch and go as to whether this was going to work. The film’s ending didn’t leave you expecting a follow-up like the ending to The Mummy did… but here we are.

The marketing tells you how much more confidence Sony has in the series now that it’s off the ground. The ante has been upped considerably, best seen in a stunning sequence where the characters find themselves jumping across moving bridges high in the jungle canopy. Hot on their heels are all the baboons who auditioned for Rafiki in The Lion King and didn’t get the part (hey, being rejected by casting crews is tough on anyone, let alone a simian. No wonder they’re angry). Dwayne Johnson looks set to fight at least one of the monkeys to the death with a machete - an interesting contest, to put it mildly. The same quick-fire, laugh-a-minute sense of adventure that made the 2017 film such a joy looks set to continue. And in a time seemingly drenched in sequels, it’s joyous to see a series not forget its origins while being confident enough to take itself into new territory.