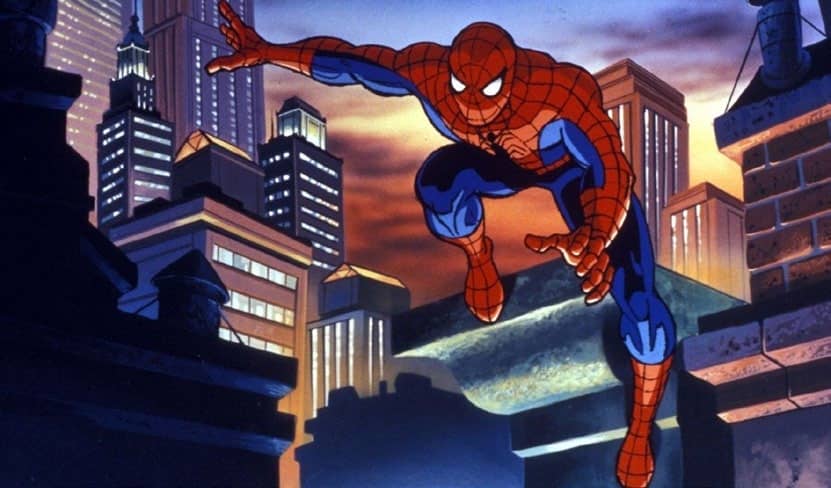 Right up there as one of the truly great superhero cartoon shows of all time, SPIDER-MAN: THE ANIMATED SERIES first aired on FOX Kids in November 1994. It ran for a total of 65 episodes over five seasons and many still revere the series as the definitive Spidey show to this very day. One person who was there for the entirety of that run is the fantastic BOB RICHARDSON - who served as the main driving force behind the show in his position as supervising producer and director. To mark 25 years since the Spider-Man show debuted, we were lucky enough to grab some time with Bob to reflect back on this most beloved of animated offerings and discuss why SPIDER-MAN: THE ANIMATED SERIES was so special, how the series was put together, getting to explore so many characters, and just why ol’ Web-head is such an iconic pop culture figure...
Andrew Pollard

STARBURST: Before you began working in animation, were you a comic book or Spider-Man fan? If so, what were your first memories of Spidey?

Bob Richardson: As a kid, I always liked to draw and was interested in everything regarding animation and comics, from Disney to Marvel to Mad Magazine. These were all being done by artists and writers who I wished I could emulate in some way. Spider-Man was particularly interesting to me because it was about a real boy in a real city with the same problems that normal kids might have. Then, suddenly he has superpowers - probably every kid’s dream at some time in their life. I also enjoyed DC’s Batman and Robin, but it was less realistic in setting and more serious and dark, whereas Stan always managed to get humor into the comics he did. This addition of comedy elevated the writing and made it much more interesting, entertaining, and relatable.

When did you first hear that Marvel Films Animation was developing a new animated Spider-Man series, and how did you become involved in the show?

Stan Lee knew me and my work from the days when I worked for DePatie-Freleng and Marvel Productions. I was just finishing up producing and directing a series at Film Roman, and Stan asked me to meet with him and Avi Arad about creating a new Spider-Man series. Once I met with them, I realized that we were going to create from scratch a whole new studio called Marvel Films that would produce 65 half-hours of Spider-Man, and possibly other titles. On a recommendation from FOX Kids, Avi and Stan had already hired a story editor who I was unfamiliar with to start writing the pilot episode and bible for the show. I immediately hired John Cawley as coordinating producer, who I had worked with at Film Roman, and Dennis Venizelos, who I worked with at Marvel, as art director and background painter. These were two key positions that were necessary to start production on the series. In addition, I hired a talented production designer and layout artist - Vladimir Spasojevic, who had an architectural background - to design the real New York that our characters would operate in. I brought on Hank Tucker, assisted by Bill Riling, to lead a tremendous storyboard crew. With some preliminary work by Mike Peraza, I hired Dell Barras to finalize most of the character designs based on several comic artists I was a fan of, such as John Romita Sr. For all the major props, I employed Wayne Schulz and Donn Greer. I brought in Bob Shellhorn, who I had worked with before, to handle sheet timing. Our colorists were Allyn Conley and Derdad Aghamalian. Eventually, we would add many more people to the staff to handle the huge workload of this complex series. With that much in place, we started pre-production, designing the series, as we were building out the studio and creating the pilot script and bible. After some months, the design work was coming together nicely and we were finalizing the look of the series. Unfortunately, the writing wasn’t working at all and this would require a serious change. The week that we decided to replace the story editor, my mother died and my wife had a heart attack. This was not an easy set of problems at this stage of production, but with most of the key talent in place, we somehow managed. We did hire a fine writer and story editor, John Semper, and were able to solve the writing problems we were having, but a great deal of preproduction writing time was lost forever. John was helpful in getting some great writers, like Gerry Conway, who wrote the pilot episode, Mark Hoffmeier, Stan Berkowitz, Marty Isenberg, Len Wein, Marv Wolfman, and Brooks Wachtel, just to mention a few. After that, things went pretty well, until we had a damaging earthquake and had to clear out of the building until they could determine if the structure was safe. Never ask: ‘what else could go wrong?’ Fortunately, this only took a week or two, because the damage was mostly superficial.